No One Expected Jeff Milton 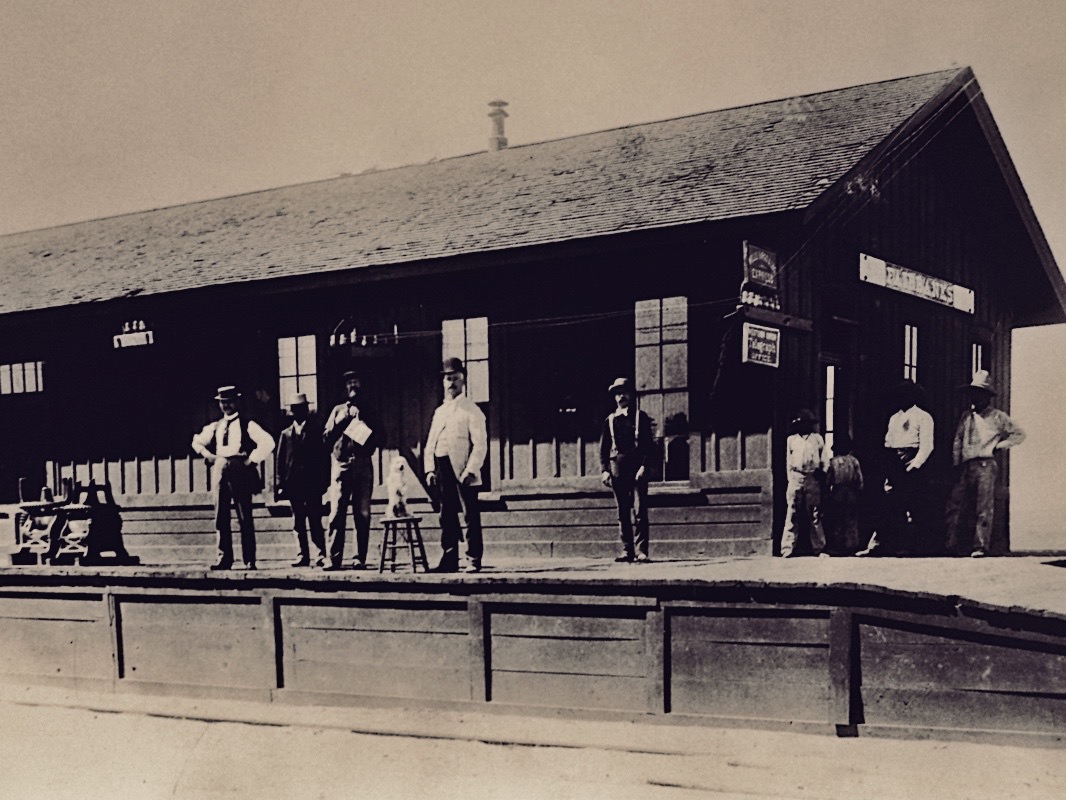 On the evening of February 15, 1900, five men hitched their horses outside the train depot in Fairbank, AZ. The town, a stop on the train route from Nogales to Benson, was quite a bustling community then, as all the mail and express business from nearby Tombstone was handled there.

The five men were Tom “Bravo Juan” Yoas, Bob Brown, (alias Bob Burns), brothers George and Louis Owens, and “Three Fingered Jack” Dunlop. They looked like working cowboys, and according to some, acted as if they were drunk.

The sight wouldn’t be out of the ordinary on an Arizona evening, but the reality was these men were not drunken cowboys. They were bandits, and they aimed to rob the train. Planning for the raid had commenced weeks prior; they knew the route, they knew the cargo and they knew what protection the Wells Fargo Express car touted.

In those days, multiple guards or “express messengers” accompanied the valuable goods hauled by the Southern Pacific Railroad. Each had schedules and rotated, but one man in particular had to be avoided if the bandits planned on an easy job: He was a 38-year-old lawman who had made a name for himself along the American Southwest. His name was Jeff Davis Milton.

Wilcox City Constable Burt Alvord and his deputy Billy Stiles, both well known bad men who, as was too often the case in those days, managed to get jobs as law enforcement officers, were tied in with the bandits. Both Alvord and Stiles knew Jeff Milton personally; Stiles had once served as his deputy. They determined a date Milton was not supposed to be on the train.

While the five waited at the depot, they figured it would be easy.

As the the sun drifted behind the Dragoon Mountains and the evening sky darkened, the sound of a train whistle echoed in the distance. The usual crowds were gathered, the Tombstone stage awaited passengers as station hands prepared to unload cargo. As the train slowed to a halt, steam rose with a hiss from the various valves, then the freight car door slid open. Behind it and unbeknown to the approaching bandits, was Jeff Milton.

Milton had taken the place of another messenger who was ill. He said hello to the Wells Fargo clerk and began unloading some packages. Suddenly, through the crowd of passengers and workers, a voice yelled, “Put your hands up.” Jeff and the clerk thought it was a joke and continued about their business, but the next shout came from a Winchester rifle.

The shot took Jeff’s Stetson from his head. Milton reached for his pistol, but remembered he left it on the desk behind him. The only weapon within reach was a short-barreled 10-gauge Winchester Model 1887. But what he saw next rendered the shotgun useless: The thieves had gathered bystanders in front of them and had the barrels of their rifles poked out from the sides of their human shields.

Again one of the criminals shouted, “Hands up, and stand aside!” Jeff couldn’t stand there unarmed and let them take the money he was entrusted to protect. He’d been in many tight spots before, and knew the odds he faced.

He grabbed the shotgun and said, “If there’s anything you want, come and get it.”

The gunmen opened fire. Bullets tore through Milton’s shirt and body, his left arm took the brunt of the fire, wood chips and sparks from lead hitting steel flew wild, and the deafening roar of rifles blazed out into the desert. Milton fell to the ground.

Through the haze of black powder smoke the robbers saw him fall, blood oozing from his wounds. Three Fingered Jack and Bravo Juan rushed the car, but Milton raised his shotgun and fired, sending 11 pellets into the side of Three Fingers, nearly obliterating his kidney, and the rest into the rear end of Bravo Juan.

While the others dove for cover, Milton, who was literally pouring blood, stood and slammed the steel door closed. With his good arm he wrangled the keys to the safe from his pocket and tossed them among some packages in the corner. Every move sent searing hot pain through his body, and as the life drained from him, a black haze began to cut through the lingering gunsmoke and began to close in. He ripped a piece of his shirt off and used it as a tourniquet, tying the cloth around the upper part of his mangled arm. Somehow he tightened it, restricting the flow of blood that had been squirting from his wounds. Moments later the darkness overtook him and he collapsed.

The bandits circled the train car, riddling it with bullets. As if by Divine intervention, Milton had fallen between two heavy trunks, which had shielded him from the rifle shots. The bandits weren’t taking any more chances; they sent a terrified engineer named Avery into the car. He told them Milton was dead, and only then did they enter. Upon seeing him breathing, one bandit prepared to shoot him, but Avery pleaded,

Moving to open the safe, they searched Milton’s body and the car for the keys but couldn’t find them. Expecting no resistance, they hadn’t brought any means of opening a safe and were forced to rob their hostages. They left with a little over $40.

After being abandoned to die in a mountain pass by his partners, Jack Dunlop swore he would tell the law their names. Perhaps fueled by vengeance, he lived for several days. A man named Scott White found the wounded outlaw and took him to Tucson where he made good on his promise. The other four criminals, including Burt Alvord and Billy Stiles, were arrested or killed soon after.

Jeff Milton was rushed to the hospital in Tucson and survived his wounds. His left arm was mangled, and though doctors didn’t have to amputate, he would permanently lose the free use of it. Indeed, Jeff Davis Milton would live to fight again.