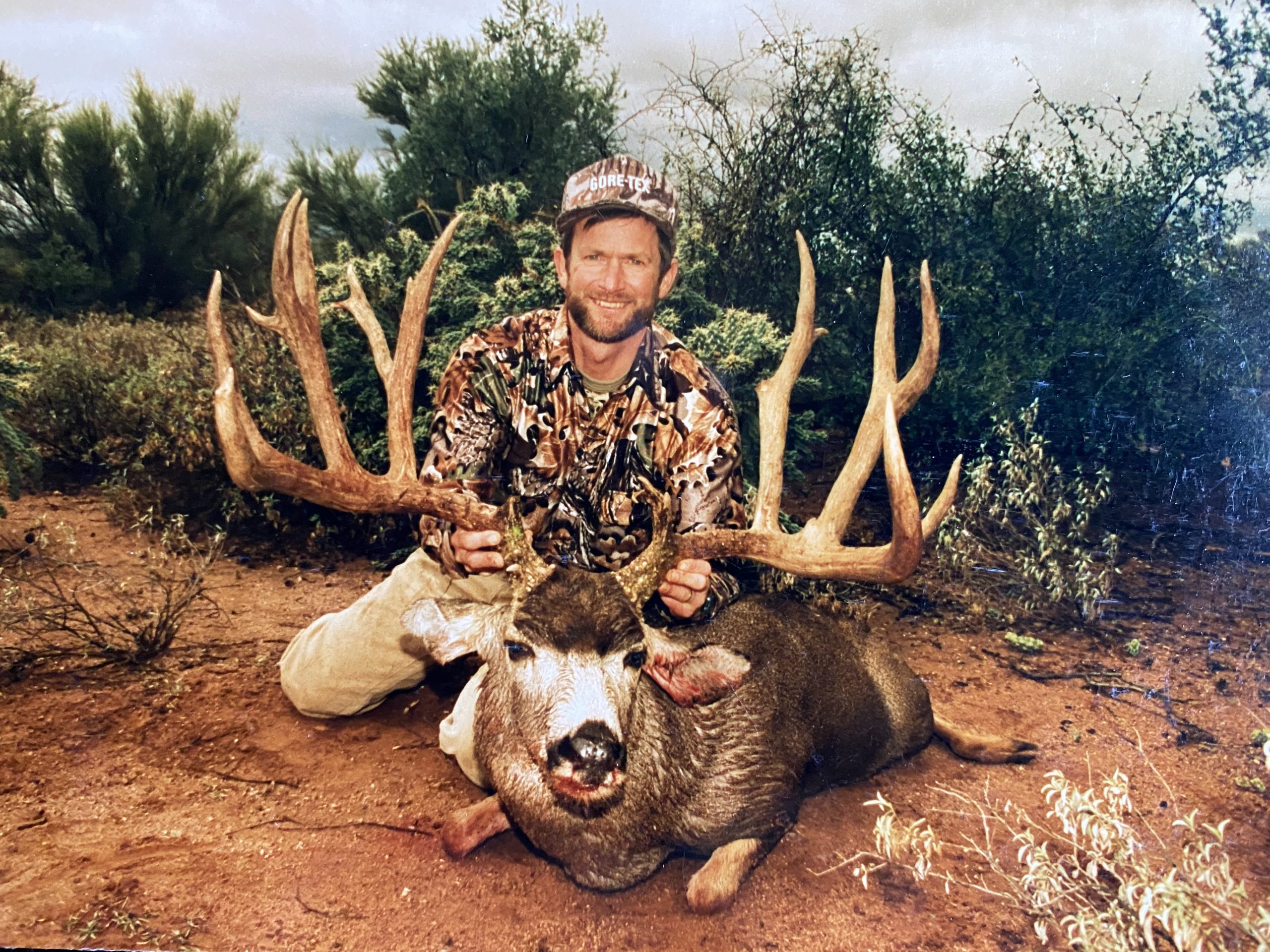 Back in the very early 1980s I helped jumpstart the hunting of giant desert mule deer in Sonora, Mexico, made famous by Jack O’Connor decades earlier. After Jack it sort of died off, and I was invited by the Mexican government to come see if some interest could be generated. My first trip was a horror story–drunken guides, a ranch house with holes in the roof, jeeps that wouldn’t start, a steady diet of frijoles refrijitos … . Fortunately for me, I’d been bird hunting south of the border on my own for a decade and spoke passable Spanish, so I was not really surprised by the bullshit. I didn’t kill a deer on that trip, but a buddy shot a frickin’ giant. And so I told myself, “Son, if you want to kill a big deer, you have to hunt where they live. And they live here. And nobody else is really hunting them. The bullshit? It’s not really all that bad, now is it?”

It took me three trips and about 300 hours of tracking deer through the desert before I shot my first giant, a 37-incher–a story for another time. I’d been hunting annually in Sonora for many years when I got invited to hunt a supposedly unhunted ranch near Guaymas. Could be good, could be bad, you never know until you go, so … .

We were camped in a wall tent, and upon arrival in the afternoon went and looked up the ranch cowboy. He pulled out some old sheds and lion-killed deer skulls to show us when he grabbed an unbelievable non-typical shed that taped nearly 100 inches by itself. “Where did you find this one?,” I asked, trying not to show I was crapping my shorts.

“Just over there,” he said, pointing to a small cholla-covered hill about a quarter mile away. “When?”

“No problemo,” he grinned.

Antonio Aguilar was his name, an overweight 50-something dude with one eye. But he had a reputation as a really good sheep guide, and as I was to learn, he was a helluva tracker, too. So we went over to where the cowboy said he had found that shed that afternoon just for shits and giggles, and guess what? I found the other side! It, too, was gigante!

I didn’t sleep all night. Unseasonal rains came, and we could not head out until it stopped about 11:00 a.m. Finally, as we climbed the hill we busted a half-dozen deer out. The cactus and brush was so high we never saw any, but in the rain-softened soil it was easy to see tracks. One pair headed off by themselves, a doe and a giant buck track, easily identifiable because the outside half of his left cloven hoof was deformed. Antonio and I immediately took up the track.

What you learn about desert mule deer is that they have a relatively small home range, like whitetails. Get on their track and, often, rather than leave the country, they’ll take you on a circular or figure 8 walk. That’s what these two did. The sun was out, it was a hot and muggy January day, and we were on that track for four hours, slowly working our way through cholla and prickly pear and catclaw and brush so thick that seeing more than 50 yards ahead was unusual. We’d go slow, Antonio would glass with his one eye through an ancient pair of battered Bushnell 8X binos, me with my little Model 700 in .280 Rem. at the ready. By and bye we came to a spot where the tracks clearly showed the deer were taking us on a figure 8 walk.

“Senor,” Antonio said somberly, “we must make the decision. We have to cut them off, so we must choose, ala derecho o ala izquierda?” Right or left? Rock, paper, scissors … .

“Ala izquierda, amigo,” I said. We left the track and took off cross country. One hour later it proved the right choice when we cut their tracks again. Antonio grinned. “Está muerto, amigo!,” he said. “He’s dead.”

On the track again, we soon came to a lane in the brush that let us see maybe a hundred yards ahead. There! A brown body, get ready! No, no, no, it’s a cow! … And then, from behind a tall saguaro cactus just beyond the cow stepped a doe, slowly walking left to right. Behind her stepped the buck, a giant. Chip shot, maybe 75 yards. I dropped to one knee and sent the 160-grain Partition … right between his antlers. Jesus H! Calm the hell down, rack the bolt, make the shot, idiot!

And I did. And it was the giant buck whose sheds I now also had in my possession. He’d actually gone downhill a bit, and had broken one long tine off the left beam. I taped the sheds at just under 260 gross; the real antlers scored 243 and change, with a 34-inch inside spread and 17 scorable points.

Epilogue: I “loaned” those sheds to a taxidermist/booking agent “friend” to display in his booth at a California sport show. The bastard stained them brown, mounted them on a cape he had in his freezer, and used it to sell hunts. My sheds ruined! I never did get them back. I still dream about the things I would like to do to that man… .