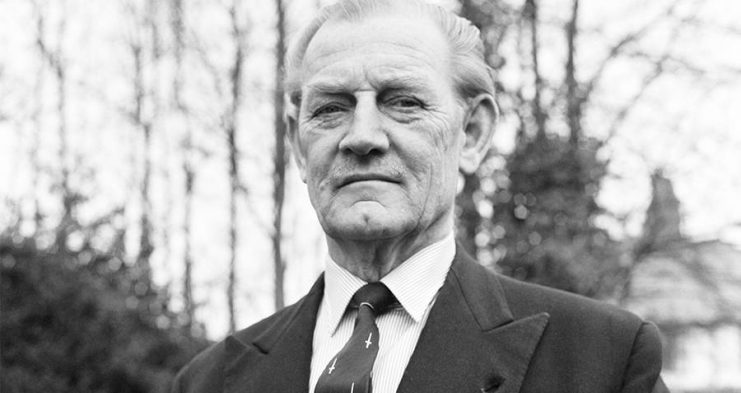 Mad Jack Churchill once declared, “Any officer who goes into action without his sword is improperly dressed.”

Funny thing was that he was referring to fighting in World War II.

on September 16, 1906, Mad Jack moved frequently in his childhood thanks to his father’s work. The younger Churchill was educated at King William’s College before attending Royal Military College, Sandhurst in 1926. After graduation, he served with the Manchester Regiment of the British Army in Burma. In addition to performing his duties, Mad Jack used his time in the military to ride his motorcycle all over India, learn to play the bagpipes, and honing his archery skills. He retired from military service after a decade and instead tried his hand at newspaper editing, acting, and male modeling. He also continued practicing his bagpipes and represented England in the Archery World Championships in 1939.

Mad Jack reenlisted in the military after Germany invaded Poland in 1939. He was assigned to the Manchester Regiment and sent to France. In May 1940, Mad Jack properly entered into battle by raising the claymore sword he carried and charging a German patrol near L’Épinette. It was during this battle that Mad Jack took down a Nazi with his longbow. He then switched to a machine gun at which point he got shot in the shoulder. Mad Jack more or less ignored the wound and instead led his remaining men to safety by leading them through the enemy lines at night.

Mad Jack volunteered for the Commandos and was second in command of No. 3 Commando during a raid on a German garrison at Vågsøy, Norwayon on December 27, 1941. He exited the landing craft playing March of the Cameron Men on his bagpipes, chucked a grenade at enemy forces, and charged into battle. He later received the Military Cross and Bar for his bravery – not his bagpipe playing – in battle.

Mad Jack continued playing the bagpipes, brandishing his sword, and carrying and utilizing his longbow throughout the war. He led his troops during the Salerno landings in Italy then captured 42 utilizing just his sword. He fought in Yugoslavia, got knocked out by a grenade exploding nearby, captured, and sent to Sachsenhausen concentration camp. He tunneled his way to freedom only to be recaptured. He was then sent to a POW camp in Austria which he quickly escaped from and made his way to freedom by simply walking out of Italy. Mad Jack was sent to Burma soon after but arrived to find the war over. Of this disappointment he said, “If it wasn’t for those damn Yanks, we could have kept the war going another 10 years!”

After the war, Mad Jack served with the Seaforth Highlanders and then the Highland Light Infantry. At the latter he helped save the lives of 500 patients and staff at the Hadasseh Hospital near Jerusalem in the Hadassah Medical Convoy Massacre. Mad Jack later took up surfing and playing with remote controlled battleships. He became even more famous when his like appeared in comic books and he became the subject of several books.

Mad Jack died in Surrey at the age of 89.

END_OF_DOCUMENT_TOKEN_TO_BE_REPLACED 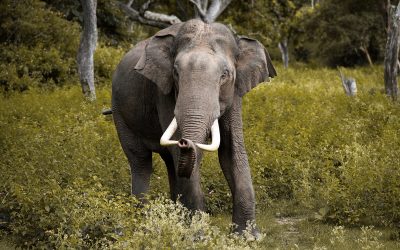