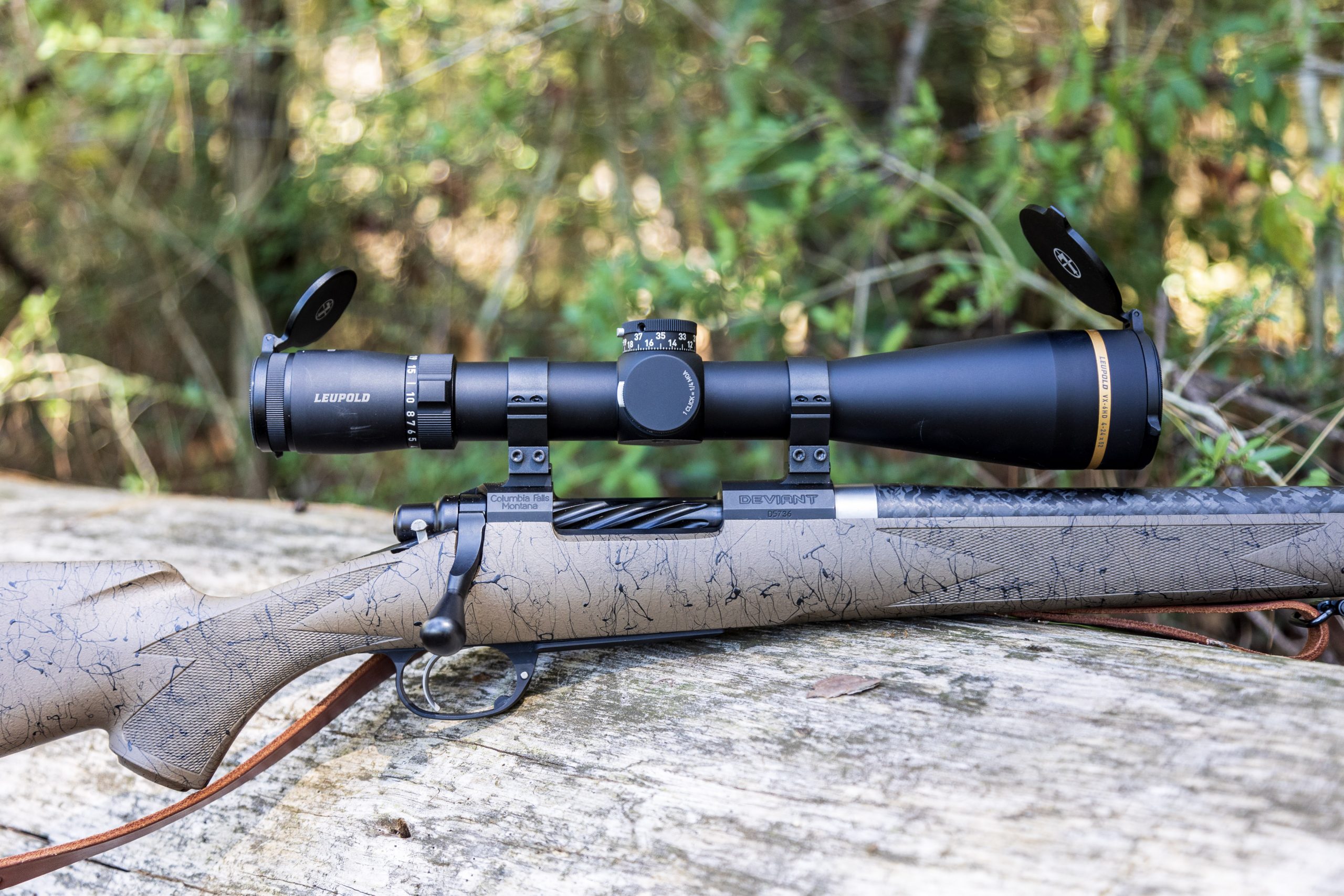 Today’s riflescopes are amazingly capable, but they are still almost always the weak link in a rifle’s durability chain. If a scope gives up the ghost and you don’t have a spare, your hunt is over. When people tell me they’ve never had a scope fail, they: a) are lying, b) don’t shoot much, or c) don’t shoot well enough to know that a mechanical failure has occurred. The point is, life’s too short for cheap-ass scopes.

Recently I tested Leupold’s VX-6HD 4-24x52mm, a scope that’s touted as the ultimate for long-range hunting, which everyone seems to love. Honestly, my goal was to make something break.

For starters, this is an extremely capable scope with a shit-ton of features for the marketing guys to brag about. It has quarter-minute elevation and windage dials with zero stops on each, illumination, side focus parallax adjustment, HD lenses; the works. The VX-6 lends a 6x range, which makes it incredibly versatile. I’ll probably never crank a scope up to 24x on a hunt, but it’s useful for load development and zeroing.

The image quality on this scope’s HD lenses is outstanding. Coupled with the illuminated reticle, this scope is capable of getting it done during any legal shooting hour.

The VX-6HD’s girthy 34mm main tube offers 75 MOA adjustment range. For perspective, a scope zeroed in the center of the elevation range can dial for hits out to 1,200 yards when using The Lord’s Caliber (that’s the .300 Winchester Magnum for you heathens out there). It’s available with two different reticle choices, mine being the TMOA illuminated. This ballistic reticle allows for windage and elevation holds without touching a knob. I usually dial for range and hold for wind so having some measurable value in the scope is a necessary feature.

For nearly a century, if a scope held its zero and was sufficiently clear to see your quarry, it was good to go. Then came the long-range craze, where everyone walking out of Walmart wearing a Realtree hat was a certified deer sniper. Now, in order to put meat in the freezer, we apparently have to have ballistic reticles, parallax adjustments and target knobs. These are wonderful features for shooting game out past max point-blank range, but they’re also not infallible. Just because your dial says it’s moved 5 MOA doesn’t mean that it’s so. Worse, when one starts cranking dials and knobs, plenty of scopes’ internal erector systems wander like Adam Levine into your girl’s DMs.

Test time: I bolted the scope onto a rifle that I built myself. Proof barrel, Defiance action, the works. This thing is obscenely accurate, allowing me to eliminate a lot of variables. I mainly wanted to evaluate the durability and repeatability of the scope’s internals so, after getting myself a solid zero, I cranked the elevation dial up and down like a tweaker working a Rubik’s cube. That treatment alone would probably break a quarter of the scopes on the market before a shot was fired.

After tweaking out, I fired a five-shot group, dialing to max elevation and back again between every shot. I used a 100-yard target since I was fighting a stiff wind. When I was done, the composite group measured around a half-inch. Given the rifle’s accuracy potential, I’d call this scope repeatable within a quarter-MOA tolerance. It works as advertised.

I’lI wrap this up. I performed some other stunts with the VX-6HD but the results were all the same: this scope’s adjustments proved to be repeatable, true and durable. I’ll hunt a whole season with it and see whether it holds-up. Mounting it to a heavy-kicking rifle or letting my son borrow it would really put things to the test, maybe I’ll try those next.    $2,099.99

Cons: It’s not small; the 3-18x44mm version would be a better all-arounder.

Pro tip: When zeroing a VX-6, remove both the elevation and windage dials using the hex wrench that ships with the scope. Use a flat screwdriver to get things where you want them before re-installing the dials. Then your zero stops will also be perfectly set.