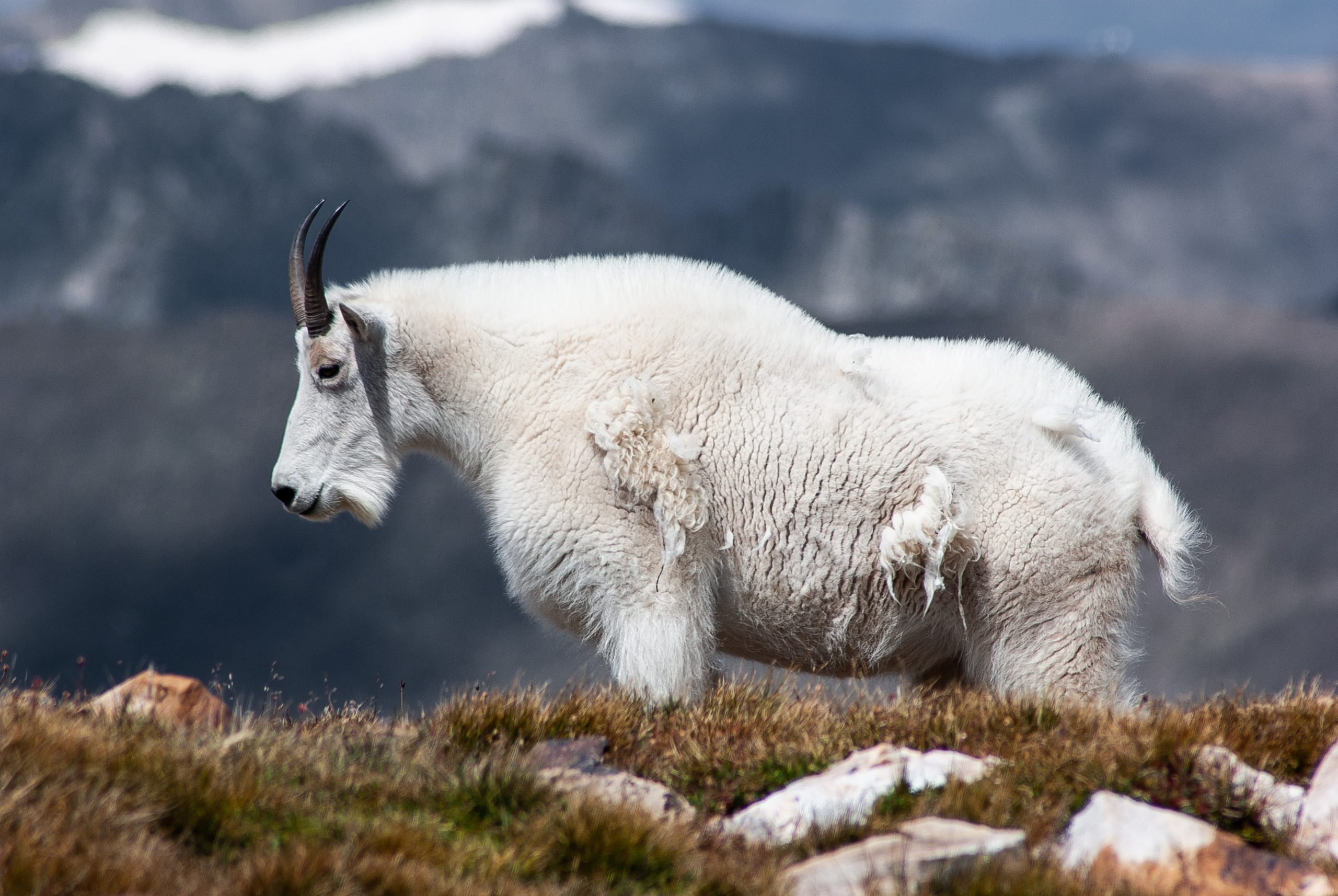 North America’s most dangerous game is neither the grizzly bear nor the polar bear, both of which can be shot dead before they reach you. It’s when you’re doing the reaching that things get really fucking treacherous. When you climb into Rocky Mountain goat habitat, you’re in big-time danger. As Craig Boddington has remarked, “Goats go where sheep fear to tread.”

Even the geeks at Wikipedia know this: “ … a sure-footed climber commonly seen on cliffs and ice.”

I’ve only hunted mountain goats once, and I threw in the towel before we reached the billy we’d spied through a spotting scope at the base of the mountain. This was my first (and last) day of what was booked as a five-day hunt; I told the guide I was done, let’s change my flight home, get me the hell out of here.

Call me a pussy, I don’t care—wild horses couldn’t drag me back into goat country.

I knew it was getting hairy when we reached the first of what would become several vertical climbs up lichen-covered rock faces so steep that we needed to strap cramp-ons to our boots. These are steel over-shoes with wedge-shaped steel spikes in the toe. Kick your cramp-on into the mossy face, hope like hell it holds. Step up, grasping the lichen and moss for a handhold, then kick your other boot into the hillside … like climbing a ladder without rungs.

The first such face was only about 50 feet high, but my heart was pounding. It leveled off and we removed our cramp-ons. I breathed a sigh of relief, not knowing there would be more of these to scale. Ignorance is bliss.

After the cramp-on climb, it was still steep going, but manageable with a walking stick. The guide paused and pointed to a crevasse about 500 yards away. “Hunter fell there about 10 years ago. Never retrieved the body. Too dangerous,” he deadpanned.

I looked at him in disbelief. “You’re serious? There’s a human skeleton at the bottom of that?”

“Yep. Or there was. Probably gone by now, you know, decomposition.”

We reached a shale face, not too bad, like you’d find in sheep country, however, the shale was very loose. You side-hill your way across shale, angling your way upward, like switchbacks on a mountain road. It was going alright until the rumble.

I looked up and about 300 yards away, gathering speed, bouncing more than rolling, came a boulder about the size of your backyard barbeque.

Sure enough the massive chunk of hurtling granite bowled past us by at least a football field, hence the guide’s calmness. He knows the mountain; I do not.

We were closing on the goat, maybe 600 yards from where (theoretically) he should be bedded. The last stretch was more shale, but much steeper. It required hands and knees crawling. I slipped and started sliding, hands clutching vainly at the shale … foothold, must get a foothold… my boot catches, I stop. The shale cliff led to a sheer drop. If I hadn’t caught hold, if I’d gone off that drop.

“I’m done,” I stammered. “Get me off this mountain, this hunt is over!”

“The goat, he’s not far, come on, you can make it,” cajoled the guide.

“Take me back down. Please.” I was still looking at the drop that could’ve been my grave.