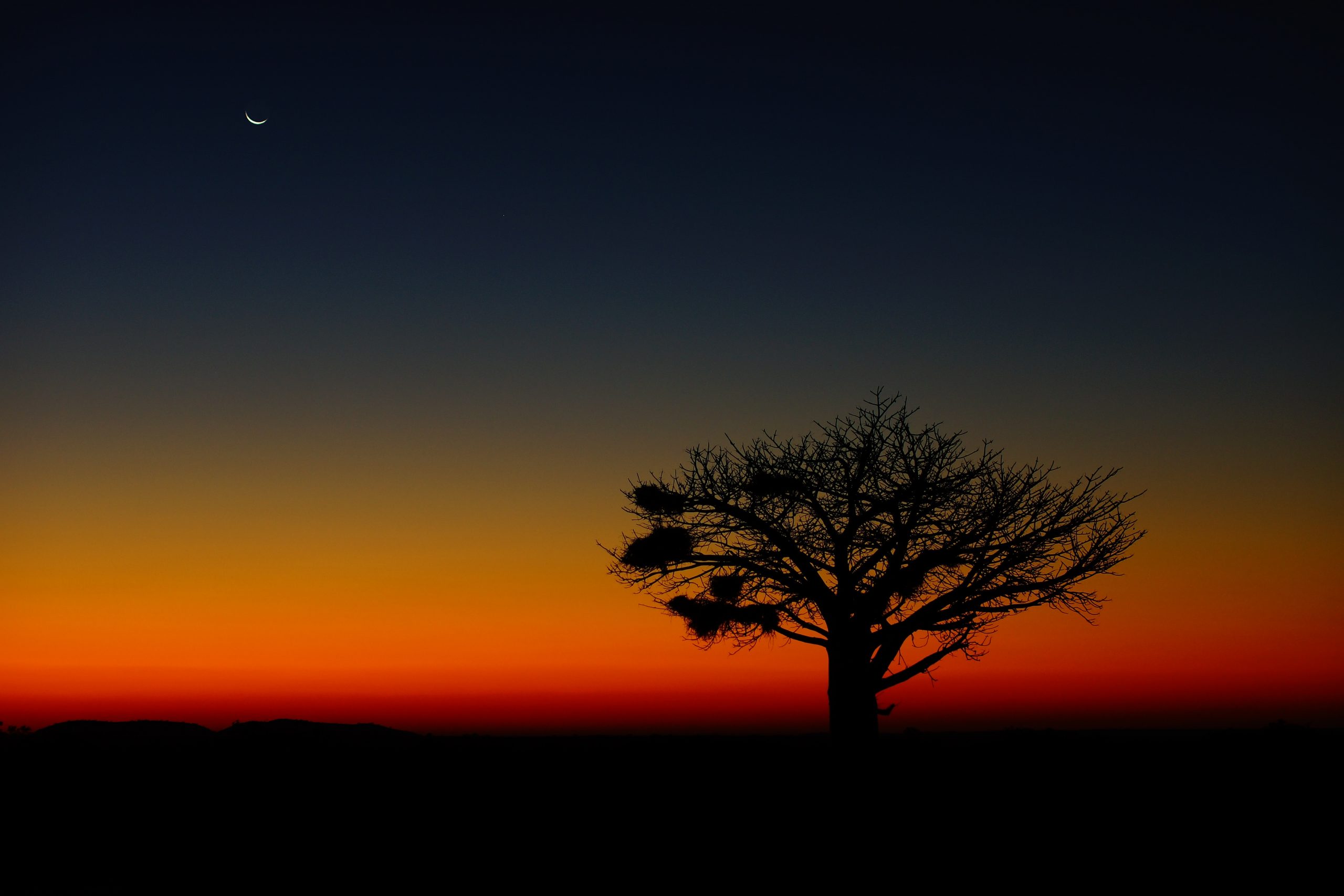 Through dusty, sleep-deprived eyes I saw it in the distance. I’d been driving across the rutted Botswana two-track for over 12 hours trying to make the border. It was inky-black-late, so I wasn’t surprised the border crossing was shut down for the night. It was a common occurrence in this remote part of Africa back in those days.

Pulling off in a used condom-strewn gravel patch that served as the official parking lot, I shut down the Landy’s engine. The cold immediately seeped through the gaps in the doors where the rubber gaskets had disintegrated over time.

The winter’s night was damn cold. It’ll freeze tonight and glaze all the water holes by morning, I thought absentmindedly. Freezing isn’t normally associated with Africa, but it’s surprisingly common in the Kalahari desert.

Like most 26-year-old idiots I’d forgotten to throw a sleeping bag or even a blanket in the Rover,­­ even though I had driven this route over a dozen times and should’ve known better. So I shrugged on my bush jacket and found a dirty sweatshirt to wedge against the door for a pillow. There I snuggled in for a night of shivering. I would’ve run the engine for heat, but I was nearly out of gas and the next petrol station was at least an hour across the border.

I had barely drifted off when a soft knock came through the door. Peering out, the top of a peppercorn-covered head and the egg yolk epaulets of a customs uniform were visible. The man was diminutive—not tall enough to see into the Land Rover’s window; his hair and height suggested part bushman.

I rolled down my window.

“Hallo Baas. Are you waiting for the border to open?”

“It doesn’t open until 6 am tomorrow.”

I looked at the mud block structure in the moonlight and thought it looked a lot warmer than the steel vehicle.

I climbed out and followed him.

Inside, I followed him through a sterile office and down a short corridor. I figured there’d be bunks or a communal area in this rural crossing for workers who traveled a long way to work, often on foot. I was mistaken.  At the back of the building, there was a small jail cell.

He turned, with a spread of arms, beaming as proud as Tim Roth in the movie Four Rooms.

Shocked but dog-tired, I shuffled past him and sat down on the metal cot frame.

“What time would you like to get up in the morning?” he asked.

He nodded, turned, and shut the door with an ominous creeeeaaak. To intensify the situation, he pulled a key ring from his pocket to make any janitor proud and snapped the lock shut. The sound rang like the final brick in the Cask of Amontillado.

It was all I could do to tamp the terror back into that small part of the soul where it normally resides. Cell phones didn’t exist. No one knew where I was.  I was a vagabond with no set schedule, but I suppose my few friends in South Africa would start to look for me in a few weeks. I was truly alone, and I had just been locked into a jail cell in a foreign country. While I was on the verge of panic, there was nothing to be done now and honestly, I was too tired to deal with it. So, I did the rationale: I unfolded the blanket, fluffed the lice-ridden pillow, and went to sleep.

I awoke to jangling keys and looked up to see my friendly captor unlocking the door.

“Good morning, sir!” he said with a half salute and smile.  He was carrying a service tray. Steam emanated from a pot on top.

“I brought you coffee and rusks. Do you take cream or sugar?”

Shocked, all I could manage was, “Both. Thank you.”

While sipping my coffee and folding my blanket I said under my breath, “Only in fucking  Africa.”

Gutsiest Move I Ever Saw, Mav…

How to Fish the High Country in Hobo Sandals