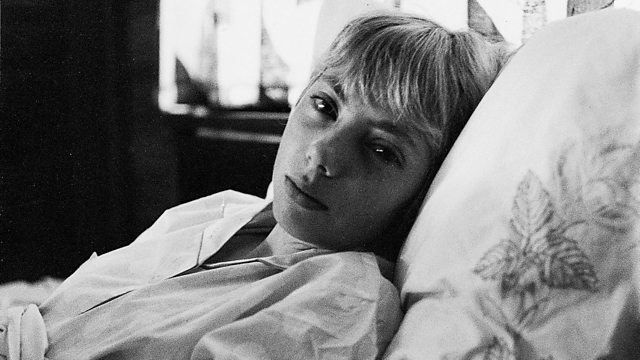 Juliane Koepcke was shot like a cannon out of an airliner, dropped 9,843 feet from the sky, slammed into the Amazon jungle, got up, brushed herself off, and walked to safety.

And she wasn’t even wearing a parachute.

Juliane was born in Lima, Peru on October 10, 1954, to German parents who worked for the Museum of Natural History in Lima. As such, Juliane spent a great deal of her life in research stations in remote jungles and was familiar with what hells the rainforest had to offer. Juliane graduated from high school at age 17 and attended her graduation ceremony with her mother in Lima. Eager to get back to a research station in Panguana, the two booked a flight on Líneas Aéreas Nacionales S.A. (LANSA), an airline with such a bad reputation that Juliane’s father begged them not to fly as he worried something terrible might happen to them on their way back to him.

SPOILER ALERT: Something terrible did happen to them.

Juliane and her mother Maria booked the flight anyway and boarded LANSA Flight 508 on Christmas Eve 1971. The LANSA Lockheed L-188 Electra OB-R-941 commercial airliner quickly came into a bad storm and was struck by lightning. The fuselage was immediately shredded and everything that was once inside the plane began raining from the sky. The last thing Juliane heard was her mother Maria screaming, “Now it’s all over!”

Juliane and the seat she was strapped to fell two miles to the earth, crashed through the jungle canopy, and slammed into the ground. Despite this fall of over 3,000 meters, Juliane only managed to suffer a broken collarbone, an epic concussion, numerous deep cuts in her arms and legs, and a swollen eye.

And she lost one of her shoes.

Juliane later said of her phenomenal survival, “All of a sudden I was outside of the plane. It wasn’t so much that I had left the plane, but rather the plane had left me. I was definitely strapped in it [the airplane seat] when I fell. It must have turned and buffered the crash; otherwise, I wouldn’t have survived.”

Little Miss Miracle immediately began searching for her mother but failed to find her. Instead, all Juliane found were the corpses of her fellow passengers and a few pieces of candy, and a small store of food. She grabbed the candy and the food and made the conscious decision to get the hell outta the jungle. She quickly found a stream, and rightfully remembering that people often settle upon rivers even in the inhospitable Amazon Jungle, began following it.

For 11 miserable days, Juliane trudged through mud, vines, swarms of insects, leech-infested waters, and more in search of some sort of civilization and help. She was bit upon by a multitude of insects, sucked upon by leeches galore, contracted disease after disease, drank water straight from the river, and ate whatever she could find. After more than a week and a half of experiencing downright hell on Earth-type misery, she came upon a remote logging camp and collapsed.

She was discovered by loggers the next day who gave her food, cleaned her open cuts with gasoline – Holy shit that sounds painful! -, and ferried her by canoe seven hours downriver to a pilot who flew her to a hospital.

Juliane recovered from her wounds and went on to study biology at the University of Kiel. She graduated in 1980 then went onto receive a doctorate from Ludwig Maximilian University of Munich.

Juliane was the only survivor of the 92 people on board Flight 508. In researching the crash for a documentary decades later, Juliane discovered in a strange twist of fate that her mother had also survived the plane crash but died two or three days after falling to the earth.