I’ve Been To Alaska 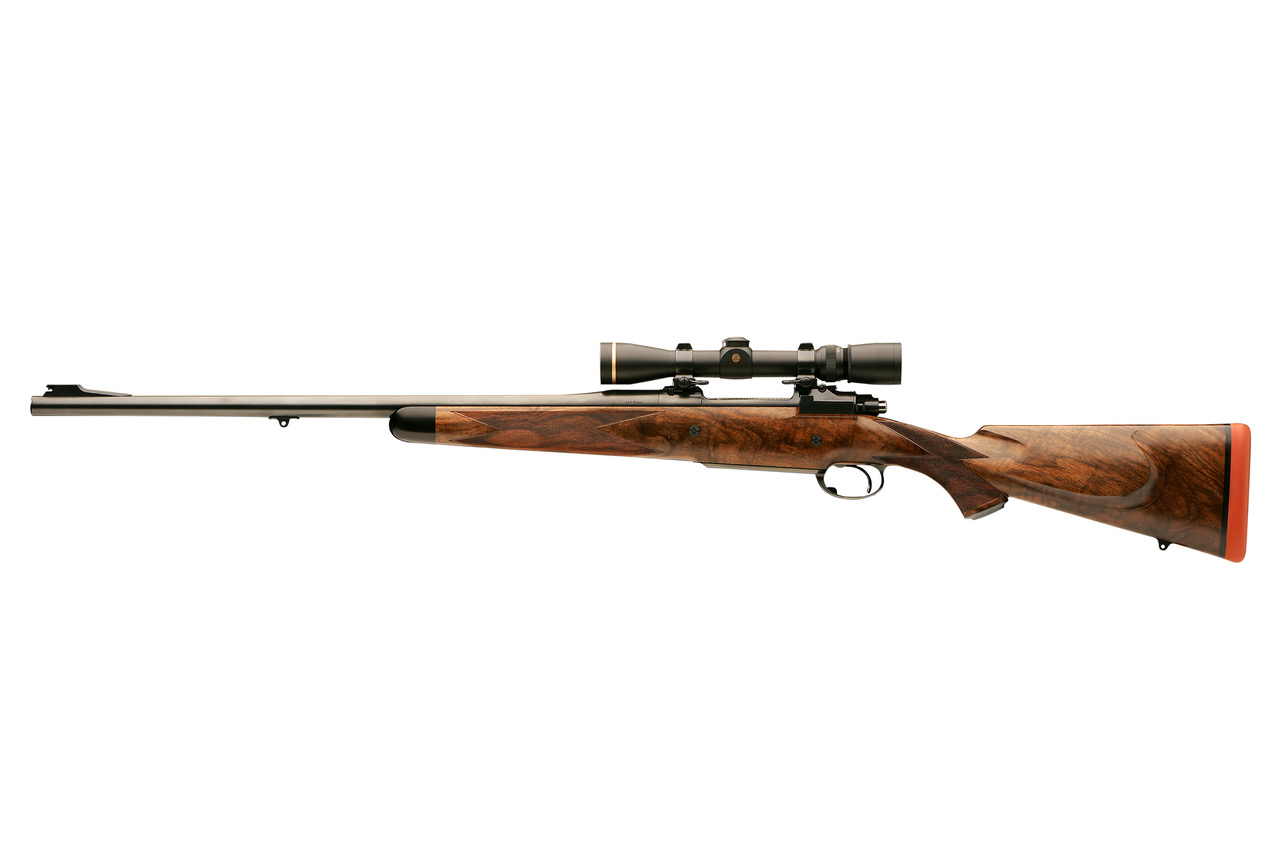 Many years ago I was finalizing the loads for a client’s .458 Lott, ensuring the solids were shooting to the same point of impact as the softs. Just as I came out of recoil for what would be my last shot I heard a door slam through my ear muffs.

After using the spotting scope to confirm the last round was spot-on, I removed my muffs and heard the unmistakable voice of what I refer to as a “range maggot.”

Every range has at least one.

The hair on the back of my neck began to stiffen. Barney had been a pest for a year. At one point I was convinced he had staked out my shop and would follow me to the range just to say “I love big guns, I shoot them all the time. Can I shoot it? I’ve got a .460 and hunt in Alaska with it. Man I’d love to test your big guns, I’d do it for noth’n.”

While driving away I could usually hear Barney rattling on about big guns and such with his questions trailing off in the distance.

But this morning I decided to let Barney fulfill a dream.

I had a few rounds left. This particular Legend model weighed just over 9 1/2 lbs. with the 3X Leupold in place, fully loaded. Despite the weight, don’t let anyone fool you; you never have to eject an empty to know you’ve pulled the trigger on this puppy.

I stepped away from the bench and invited Barney to have a seat. The excitement on his face was priceless as he slid behind the buttstock. To Barney’s credit he asked to try the trigger. He then operated the safety and pushed the rifle into position on the rest before settling in.

Then he got back up, grabbed his ear muffs and again nestled in behind the Lott. He reached over and picked up a round from the mat and looked it over gleefully while he twirled it in his fingers. He worked it into the chamber then gave me the thumbs up.

Barney made a few bag corrections and then did something that I simply could not fathom: He removed his left hand from the fore-end and wrapped it around the rear bag, in the style of bag control that was becoming popular with shooting sporter-weight and target guns.

“Whoa, Barney! Hold onto that fore-end or that rifle will bite you,” I said. Barney shot me a smirk and said, “I shoot big guns, I own big guns, I go to Alaska.”
I could have protested once more, could have taken the rifle away from him. I could’ve removed the damsel from the tracks. But I didn’t.

All I could say was “Your call, Barn.”

Barney settled in, removed his hand from the fore-end and again wrapped it around the bunny ear bag. He took a breath and lit the fire.

Some of us have seen an uppercut delivered from nowhere directly to the lower jaw. Barney’s head snapped backwards with the same effect. The rifle came off the front rest, but to Barney’s credit he somehow managed to prevent the rifle’s front end from slamming down onto the bench top … perhaps a learned skill from all those trips to Alaska. Like any devoted pit crew member I removed the gun from his hands as he tried to clear the stars from his head. It was then I saw the dent in Barney’s forehead.

The exact same size and shape of a Leupold ocular lens, the cut on his brow was to the bone; shock to the tissue was so great that it didn’t begin to bleed for a full minute.

He muttered, “Did it hit me?” and that’s when the blood began to flow.

“So when can you start?” I asked as he gathered up his muffs and headed to his rig and then to the ER, I presume. I got the finger in reply as he left the range.

I love big guns, and I shoot them all the time.

I’ve even been to Alaska myself.

Wojtek: The Bear of War