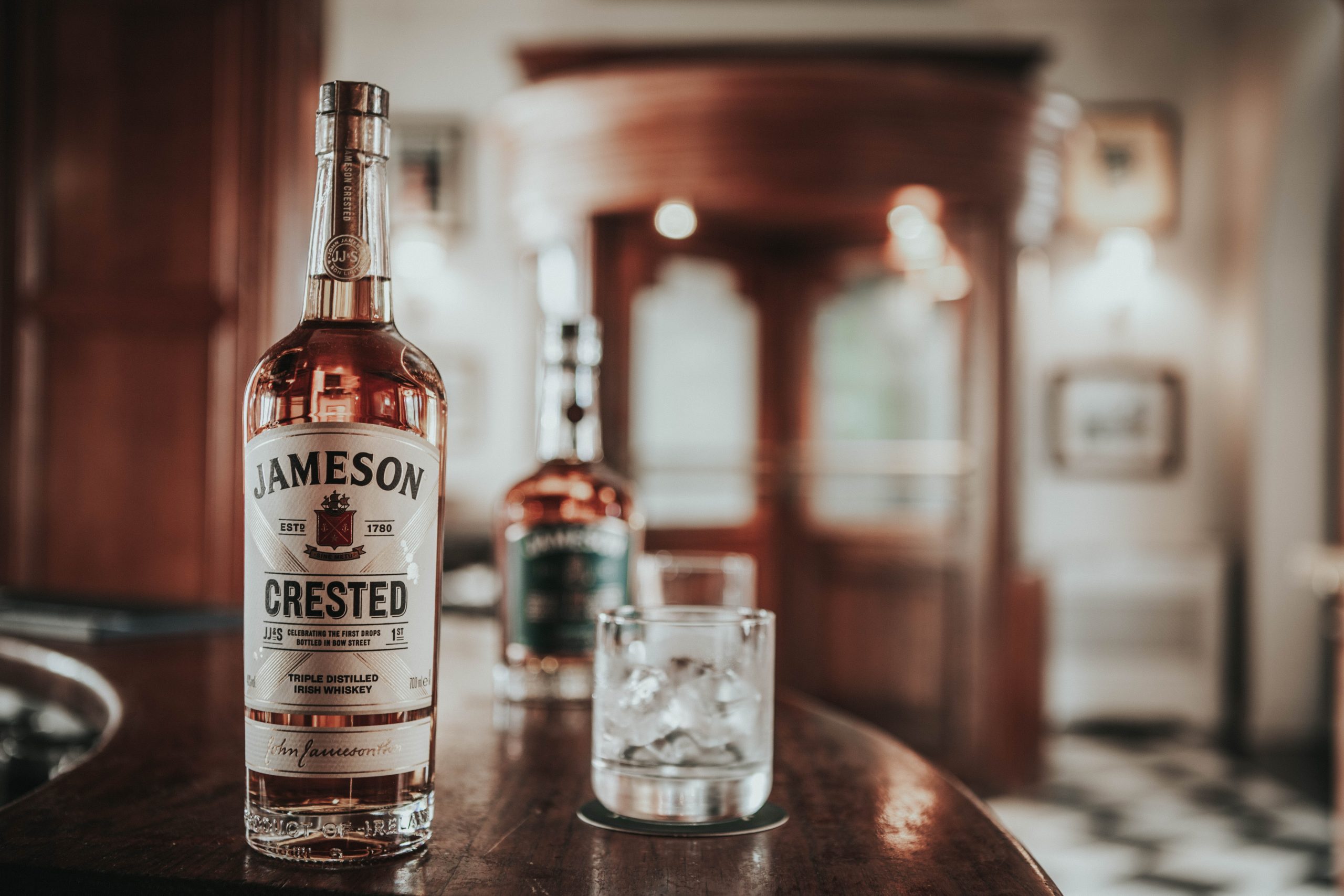 “What whiskey will not cure, there is no cure for”

A frigid damp wind blew around the pub, but I wasn’t cold. Sitting outside in Kinsale I took small sips of a neat Redbreast whiskey; the almost syrupy smooth amber liquid seduced my palate with notes of spice and vanilla. Warmth spread to the tips of my fingers.

This was a big departure from my previous experiences with Irish whiskey. I hadn’t touched the stuff since puking Jameson shots outside a Midtown East bar in my early 20s. It seems like a mistake best left in the past.

But sitting here at the pub, on my first trip to the Emerald Isle (i.e., Ireland) I began to take its whiskey seriously.

Whiskey comes from the Gaelic word for “water of life.” There’s an unreliable legend that St. Patrick himself brought distillation to the island. In 1608 Bushmills became the first licensed whiskey distillery in the British Isles. Until the late 19th Century Scottish whisky was almost unknown and Irish whiskey reigned supreme.

Irish Whiskey, like a lot of the Western world, hit a low point in the 70s. Production was down to less than 400,000 cases from a pinnacle of 12 million cases at the start of the 20th century. All the distilleries in Dublin shut down, leaving only the Old Midleton Distillery in County Cork and Bushmills in Northern Ireland.

Recently, however, there’s been a renaissance.

In the last decade the number of producers has doubled and sales are back around 12 million cases. Hipster proprietors who look straight out of Brooklyn are starting innovative micro brands. It’s clear that Irish whiskey is having a moment.

So what makes Irish Whiskey different from Scottish Whisky except a superfluous E?

Irish whiskey uses a blend of malted and unmalted barley, while Scotch uses only malted barley.  For the uninitiated, malted grain has been soaked so that it begins to germinate. Scottish whisky barley is dried over peat smoke which provides its signature smoky flavor. Irish showcases the natural flavor of the grain.

Many are tripled distilled making them extra smooth.  Like the Scottish product, they come in both single malts and blends.

After a lot of arduous research here is my conclusion: If you like Bourbon you’ll like Irish Whiskey. Both have a smooth, almost sweet taste. My girlfriend, who’s not a big brown liquor girl, took to the Celtic product right away.

It’s also less serious than Scotch. Go ahead and throw some ice in it, maybe make a cocktail. The Irish aren’t so dour about the whole business.

I can also confirm, after extensively field testing an entire bottle, the hangover is equally potent in comparison to its American and Scottish counterparts.

If you want something that has–using the vocabulary of Bud Light–drinkability, check out Green Spot. It’s got a fruity and light taste that mixes well in cocktails. This whiskey is great if you like Jameson but are a bit too embarrassed to have it on your bar cart.

That being said, if you wanna rail shots or make an Irish coffee, there’s nothing wrong with Jamo. I was about to try a bottle of Bushmills but a fellow shopper at the Ballydehob Super Value hissed that I should stay away from that “Protestant” brand.

Whether you have a safe full of Pappy or are just getting into whiskey for the first time it’s worth checking out what’s up in Ireland. Trust me, after a few shots you won’t need to kiss the Blarney Stone to have the gift of gab.