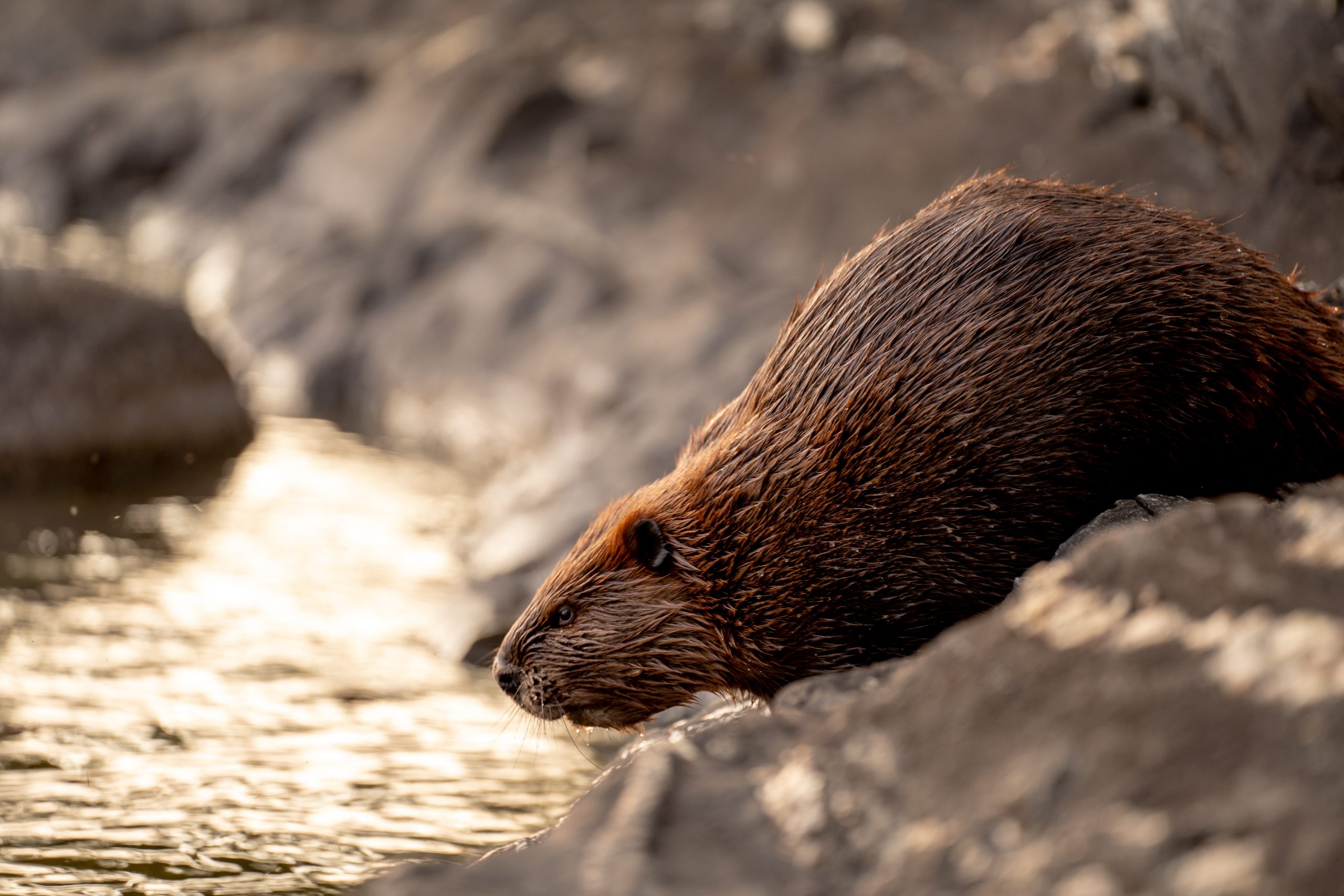 Bear Lake and Elliot Lake Duck Camps are hidden in the bottomlands of the Delta side of Mississippi Highway 35, which runs north from Oxberry and on through Charleston on the mostly east side of Tallahatchie County. I spent a lot of fun times in the two camps as a kid, always as a guest, with members that were friends of my grandaddy.  Many a night ended with me and grandaddy slipping out of the main living room and down the long dark hallway of rooms to a friendly member’s room that had been readied for our guest stay during duck season.

I’d lay down with a full belly of fried deer meat, some kind of green vegetable, more than my share of buttered bread or biscuits, and too much of the assortment of desserts that always made their way to camp for the weekend. As I’d balance listening to my grandaddy tell war stories from WWII and straying into thought about all the ducks we’d shoot the next morning, my eyes would grow heavy and soon I’d be asleep.

We’d get up the next morning and sit on the edge of the bed, lighting our grey burner sticks that went into the red velvet pocket warmers and then place them into our coats.  One wool sock at a time we’d yawn our way into the warmest thing in the room and ready ourselves for a big breakfast before daring the wind and cold on our way to one of the many blinds across the property.  In the haze of the early morning my grandaddy would sit across from me on one of the single beds and go through the checklist.

“Got your license? Got your duck stamps? Got your shells? Plug in? Remember, don’t shoot until the members call it and keep the gun up and fingers off the trigger at all times until you want to kill something.”

“I know you do son, but we’re guests. It’s really important to act right.”

For years I got to experience these hunts with men that I wanted to be like when I grew up. They were the dads of boys I was in Scouts with. They were Lions Club members with my grandaddy. They made homemade turkey calls, had cool knives, stories for each band on their lanyards, caught more big fish than anyone I knew, shot out of shells at doves in September, and one of them had even fallen out of a deer stand and lived to warn all us boys about the dangers of not being careful in the woods.  They had boats, four wheelers, trucks, and storage rooms full of stuff that I wanted to have when I grew up.  There were more decoys in those rooms than I’d ever seen.   Strings and weights tangled into a mess only rivaled by trying to match up the colors on a Rubik’s Cube.  Always in awe, and always a guest, which is an important because I soon came to know that as a guest, there was an even higher calling than a member to pitch in and maintain all of this coolness in the off-season. What I loved and wanted so badly I came to loathe and bellyache about in the corners of the duck blind. So much fun, but so much more work.

After the season all the members and all the guests would rally around the tasks required to clean, straighten, and prep the camp for the summer.  We’d strip beds, wash and fold sheets, sweep the mudroom (which I still think is pointless), unhook all the wires and lines in case of a summer flood, change the oil in the four wheelers, take up and untangle scads of decoys, clean all the guns, empty blinds, take gas tanks out of all the boats, vacuum all the dead ladybugs up, wash dishes, burn trash.  The list was endless, and granddaddy made sure we were at every single one of those work weekends so that we were the best guests and ensured ourselves an invitation the following season.   It was during one of these weekends that I began to notice one of my favorite members’ habit of leaving on his four-wheeler early in the morning and returning later in the day after all the noticeable work had been done.  Where was he going? What was he doing that excused his part of the clean up work?  I was determined to find out.

I began to pattern him and spy from the camp window while I swept or from the storeroom where I was untangling all those damn duck decoys.  He would get on his four-wheeler, grab a car battery from the bed of his truck, take a 10–12-foot pole, and head over into the edge of camp where there was an old refrigerator he’d pull up to and look around like he didn’t want anyone to see what he was grabbing from the inside.  After a few reaches into the old fridge and a quick placement of some secret contents into an old bag on the four-wheeler he’d be gone.

I’d ask my granddaddy or other members where he was headed, and they’d just come up with a way to change the subject without telling me anything.  And it went like this for years. Everyone working and the one man gone for the day.  I couldn’t figure it out, but I couldn’t stand not to know any longer. I may have been a guest, but I made my mind up that I was gonna ask him directly at the next work event about what he spent his day doing.

So, the next work weekend we all arrived on Friday night and everyone started volunteering for various things over the Saturday and Sunday that needed to get done. I waited until supper was over and instead of going to bed, I went and knocked on the door of his private bedroom and anxiously awaited him answering.

There he was sitting on his bed sharpening his knife and just relaxing. I point blank asked him, “Every time we do these work events you pack all that stuff up and go to the refrigerator in the woods before disappearing for the day. Can you tell me where you go and what you do all day while we clean up?”

He put the knife down and started grinning and said, “Tell your grandaddy you’re gonna be with me all day tomorrow.”

I didn’t sleep a wink.

Saturday morning, I met him in the four-wheeler shed and soon we had all the tools.  He asked me to hold the big pole and make sure the car battery didn’t fall off the four-wheeler. I also noticed a long wire I hadn’t seen from afar that was coiled up on the front rack. I didn’t ask any questions though.  We made our way over to the refrigerator in the woods and I was beside myself in anticipation of what I was about to finally see.  And when he opened the door, I didn’t even know what I was looking at.  He turned to me as he handed me the bag and said, “Hold this while I grab the dynamite.”  I couldn’t believe it.  He put over 10 sticks of bonafide dynamite in that bag and then winked and said, “Hold on and don’t sweat.”

We rode through the woods and made our way to one of the duck blinds that had been stopped up all season with a beaver dam and that’s when everything started coming together.  He stopped by the big dam and instructed me on how to take the long pole and drive it down into the center of the damn to make a hole for the dynamite.  He was quick to say, “The beavers are gone for the day but the moccasins ain’t!”

Poisonous snakes and a bag of dynamite.

I was terrified…but I couldn’t let him know.

Very methodically he finished making his hole and then asked me to bring him the bag of dynamite.  He carefully stacked four sticks on top of each other in the hole as I watched.  Next, he asked me to bring him the long wire.  He showed me how to take the positive and negative stands and place them onto the second from the top stick and then he instructed me to walk 75 steps down the levee while he held the wire in place.  He was quick to tell me not to do anything fast or abrupt, even if I saw a moccasin while climbing off the beaver dam.

Once in place, he came off the dam and got on the four-wheeler, drove about 50 yards past me and walked back carrying the car battery.  He said “Look, when I tell you to, I want you to touch the red wire to the red post and the black wire to the black post. Be ready, because when you do it’s gonna rain.”  He was grinning from ear to ear and I really wasn’t in the same atmosphere as he psychologically given all that had happened since we left camp.  Anyway, he hunkered down and got right up next to me and gave me the go ahead so I touched the two wires to the posts on the battery and Lord have mercy.

I’m still not sure how I never heard the explosions over the years all the way back to camp because that was 30 years ago, and I can pretty much still hear the ringing now.  Water, sticks, mud, maybe beaver parts, snakeskin, and who the hell knows what else blew 50-75 feet high or higher then landed all around us.  It was like a movie and I was in it as the star instigator because all that commotion was a result of me detonating the dynamite with the wire and battery.  Directly all the crap coming out of the sky stopped and he was laughing so hard he couldn’t stop.

The whole area was filled with white smoke and I just kept thinking, this is like a beaver apocalypse.  I got up and walked down the levee to inspect the damage and the smell of the smoke was all about me.  The water was running through where the dam had been, which was the whole purpose of the exercise and he was proud of me.  Stuff littered the ground everywhere.   I was so glad that dynamite hadn’t gone off on our way through the woods. We talked to the extent we could. I really couldn’t hear because I’d not been prepared to cover my ears or knew what to expect like he had.  What I did hear was, “You ready to do that again?  We’re just getting started on the day.” I was elated but had the worst headache one could imagine.  My innards felt out of place.  I’ve been told since that the headache is common when blowing dynamite based on the nitroglycerin in the smoke.   I don’t know if that’s true or not but my head hurt like hell so I’m a believer.

We spent the rest of the day setting up and blowing three more dams.  It was a meticulous process but sure beat the hell out of all the camp chores.  We headed in late in the afternoon.  I felt shook to death and my head pounded almost loud enough to hear over the ringing in my ears.  When we rolled in my grandaddy was there waiting.  He said, “Sugar, did you have a good time”?  I looked at the guy I’d been with all day and then turned to my granddaddy with a smile and said, “Yes sir. I had a blast.”