I May Never Return to Hellroaring 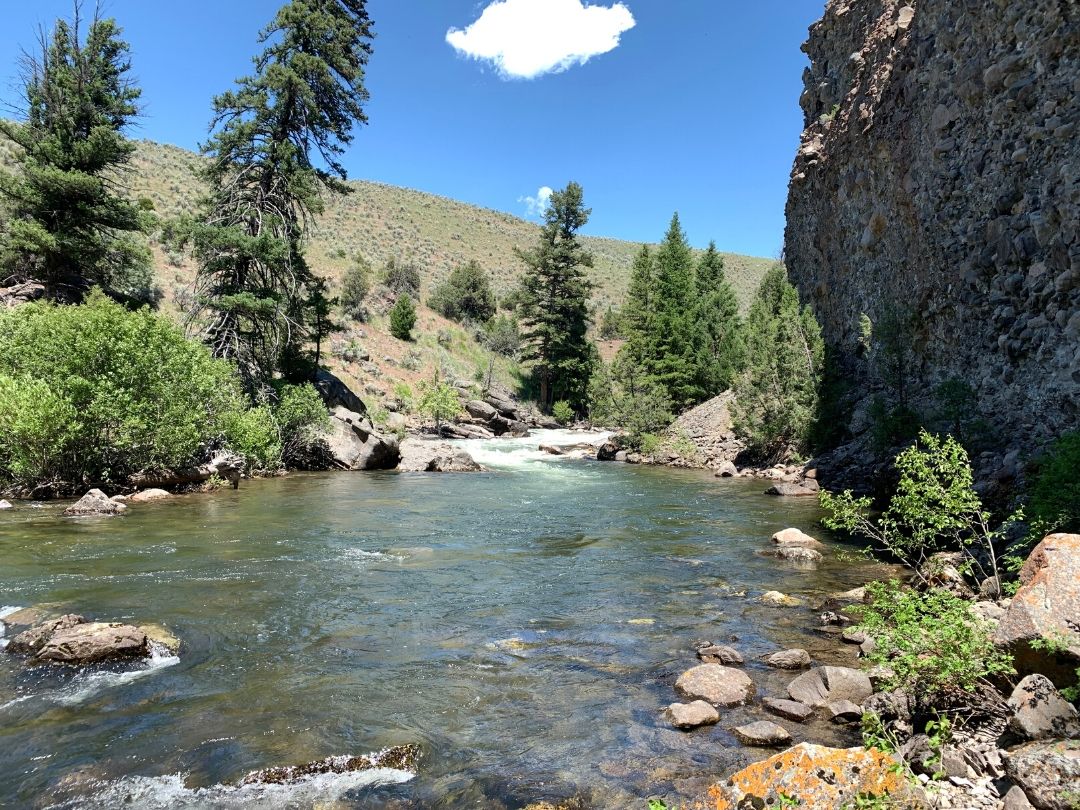 Sometime after the last wild bird fell of the 2019 season, when the rain was steady in the Hill Country, I found myself pouring over a map one evening after putting the boys to bed.  These nights have become a yearly tradition as I plan a summer trip to Yellowstone.  What started as a casual invite one October has turned necessity to ensure my mental health during the stifling Texas summer.  As I pour over the map, new names appear that have been hidden during past planning sessions.  One year it was Cache Creek via the Lamar which turns South from its famed meadow-lined banks.  That journey is a story for a later time.

Something about Hellroaring caught my eye that night.  It seemed to meet my criteria for exploration; far from any paved road and limited resources detailing how, when, and where to exploit its cutthroat bounty.  Hellroaring Creek is settled in the most northern portion of Yellowstone National Park with its headwaters reaching across the Montana / Wyoming Border where it picks up mountain snow runoff before rushing to its confluence with the mighty Yellowstone River.  Starting the day with 1,000 feet plus of elevation loss is a cruel deception that will leave a debt needing repayment to close out the day.  My love for public lands accessible to all is overshadowed during these times with inner pleadings of solitude and unplied pools.  Somehow, despite millions of yearly visitors, I have only met a handful of fishermen on the water, a testament to the tenacity some of these backcountry haunts require.

We arrived at Hellroaring mid-morning.  Despite the knee-deep water, audible beyond the willow lined banks, fording the river was impossible unless you fancied a rodeo downstream.  The willows were storybook trout buffets but they were so thick picking a drift required rock hopping midriver.  The mosquitoes also seemed to be exponentially worse than I have ever experienced, magnitudes greater than early season teal sits south of I-10.

It was time to move on.

The day’s destination was closer to the Yellowstone where bigger fish grow and migrate in and out of the deeper water.  Moving down the banks awakens your suburban-dulled senses as you quickly become aware of grizzly scat and tufts of hair left astray.  To add to the mounting tension, every other bend holds a well-hidden bison sunning along the water.  Although the terror filled half second determining bear or bison wanes with every encounter, I couldn’t help but parrot the backcountry melody of, “Hey Bear!” when rounding blind bends.

Few takes by noon ushered in an early cliffside coffee.  Perched high above the Hellroaring, my eyes settled upon two unfamiliar ivory bass clefs.  Standing, I squinted and realized that two majestic elk sheds sat on the shore of a steep, stone lined canyon.  Elk Hole, aptly named and scratched into my notes, first appeared inaccessible. The nature of the canyon created swift water and deep pockets of cut habitat.  The descent was sketchy, easier going up picking hand holds than the controlled fall required to get to the bottom.  I found a large boulder that afforded a limited steeple cast into a short but promising seam.  Despite walking in through a shelling of Salmon Flies, they were nowhere to be found inside the canyon.  I found the hook eye of a size 16 Purple Haze and dictated aloud the number of turns required to secure the Improved Clinch Knot.  “1, 2, 3, 4…or is it 6… or 3…?”  My lips wetted the knot and I pulled it tight.  What followed was best described over a fall bonfire.

With an unshakable grin I began scaling the canyon wall.  Exhausted, I found a flat spot to rest and reminisce each take.  I saw people coming from a distance, long enough to wonder in perplexed silence what had brought them such a great distance.  A family; grandparents, mother, and father followed a Park Ranger along the trail.  The Ranger stopped and asked for my deference.  The day was not going to end at the Yellowstone after all.  A service for their son, who never came back from Hellroaring, was planned for today.  As quickly as they appeared, they were gone, losing elevation as they descended toward the powerful waters.

Months later I lose myself in traffic and go back to that day on the river.  I feel the pace of the knee-deep water and it reminds me of my place in the world.  I may never return to Hellroaring.