Hunting Sheep on a Big-Ass Glacier 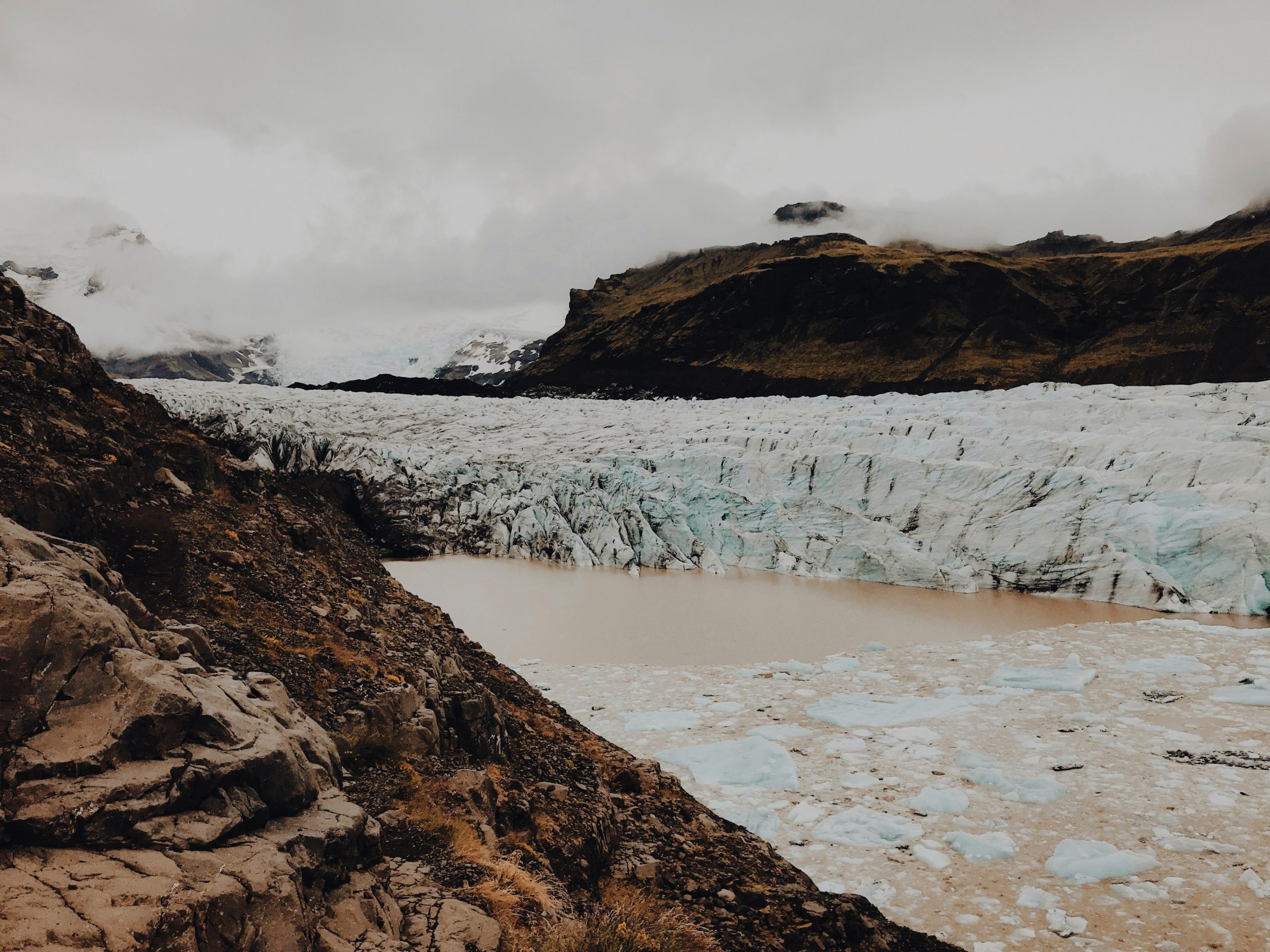 Do you know anybody who has ever hiked the length of a big-ass glacier? I hadn’t either, but when Terry Overly told me there was a ball of really big rams at the head of the Chisana glacier and asked if I wanted to chase them, I thought such a walk would be a piece of cake.

The Big O didn’t tell me that I’d be using the trip to train a couple of his new guides in the art of sheep hunting, or that it would take two days on horses just to get to the glacier.

Whatever. I was Dall sheep crazy back then, and would have rode the Widowmaker for a week and climbed Mt. Everest twice for a crack at a book ram. So off we went.

At the base of the glacier, we gave our horses over to a packer who took them back to basecamp while we sallied forth. Slowly at first, since we had to climb down into a big bowl, then figure out how to climb up on top of the 500-foot-tall slide of ice.

Once we got up top, it wasn’t bad. Glaciers may look smooth, but on top they are as ragged as rough-hewn lumber, with pebbles and rocks and boulders embedded, and giant fissures that go all the way to China.

It was 13 miles to the end, and we made it in time to make camp before dark. Next morning we hiked around the corner of the mountain and there they were, seven rams a mile off, feeding their way into a small canyon off the glacier’s edge. Four were really good rams, but two were giants.

We spent hours getting into position, but by midday we had wiggled to 300 yards above them. I carried the Undertaker, my custom .300 Win. Mag., so named because when it spoke, something died..

“Boys,” I said to the newbies, “we’re going to lie here and enjoy this. Look around, the day is perfect, the mountains like a postcard. And look at those rams! Trust me when I tell you, you will never see anything like this again in your lifetimes. They aren’t getting away. So enjoy!”

And we did, for three of the most glorious hours I have ever spent in the mountains. Then the boys about shit themselves when I said, “OK. Now we’re going to go get right in their faces.”

Why? Because that’s what hunting is all about.

We slid off the edge, sidehilled along a shale slope for a quarter mile that, had anyone slipped, would have sent him tumbling to his doom a thousand feet below; then we bellied up to a ledge within a hundred yards of the snoozing rams. I had two choices. One ram was a “flipper,” with horns like an Argali, probably 44-inches long, but with medium mass. The dominant ram, though, looked to be about 41-inches long, with a deep curl, and heavy bases.

“Which one you gonna take?” Peter asked.

“Well,” I said in all seriousness, knowing the bag limit was one ram. “First I’m going to shoot that heavy-horned one, then I’ll take the flipper ram, and if they haven’t buggered off, I’ll kill that 38-incher on the end, too.”

The look on their faces was priceless. “What the fuck are you talking about?” snapped Peter.

“Plug your ears boys, here we go!” I hissed as I went prone, killing the heavy ram instantly, then quickly worked the bolt and swung on the flipper. “Bang,” I whispered, then lowered the rifle, the rams all the while looking around like 1960s acid trippers wondering why their leader wasn’t telling them what to do.

We caped and butchered the ram, hit the sack, and the next day hiked 15 miles to the pickup point where we made camp. Right at dark, the Big O flew over to see how things were going.

“Bad ass,” Terry’s voice crackled over the handheld. “The horses will be there tomorrow. Need anything else?”

“You bet, boss,” I said. “Two large pizzas, a 12 pack, and the Dallas Cowboy cheerleaders.”

In response he silently flew off. But 45 minutes later I heard the airplane again. It dropped low, tipped on its side, and out came a parachute. The package contained a semi-warm microwave pizza and a 6 pack of tepid Bud, with a dead packrat tied on top, and a note: “Couldn’t get the cheerleaders here in time, but I figured a hotshot that once worked in West Hollywood could make do with the rat.”