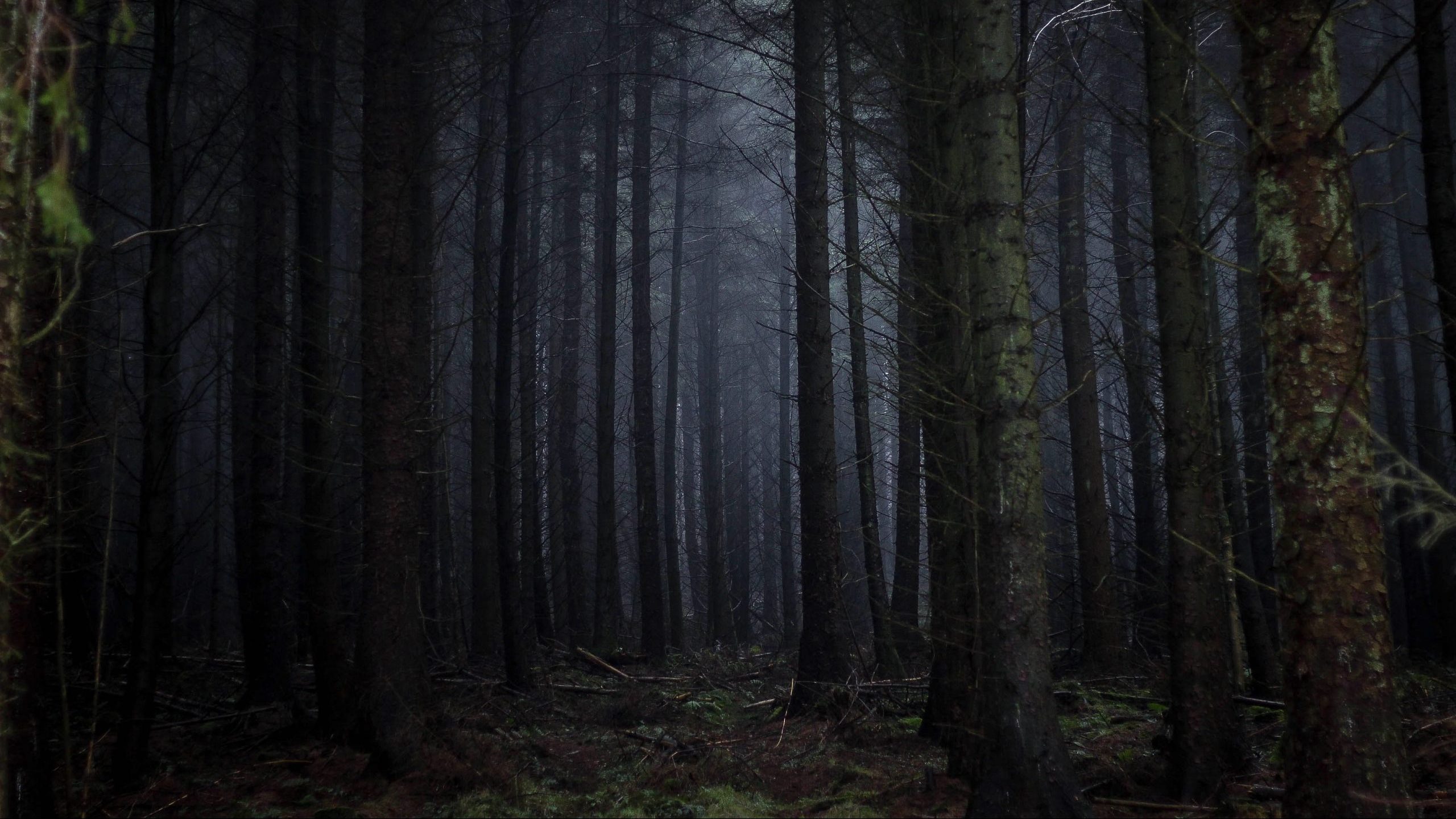 It was not the anticipation of trick-or-treating in the plastic He-Man costume nor the inevitable candy that kept him tossing in bed. It was the deliberation on whether or not he would go to the woods alone in the morning, knowing full well it was against his father’s rules.

In the early dawn, in mock repose, he waited until he could no longer hear the sound of his father’s truck tires crunching gravel. Taking care not to fumble about the house and wake his mother and sister, the boy fetched his rifle from its place in the corner of the pantry; he slipped into the small set of camouflaged coveralls that hung by the door to the garage and then tucked the leg bottoms into his rubber boots. To round out the ensemble, he put on his He-Man mask, stretching the elastic thread around the back of his head.

It was only 100 yards or so across the field of soybean stubble to the woods. Once there, he slipped along his usual path and set up at the base of a red oak that stood among a grove of pecans. He could hear his breath and felt it condensate on the inside of his mask. The sharp rim of the eye slots pressed against his face as he felt his lashes brush across them when he blinked.

The silence of the woods broke with the bustle of squirrels playing in the leaf litter and the forest canopy above. The boy eyed a fox squirrel chasing up, down, and around the trunk of a pecan. He opened the bolt of his single-shot Remington and chambered one of the .22 cartridges he carried in his pocket. He did not have strength enough yet to cock the bolt with his little arms. So, cautiously, he lifted the mask, clamped the back knob of the rifle’s bolt between his teeth, and pulled the rifle away from himself with both arms until it cocked with a click.

The fox squirrel settled on a thin limb and the boy took aim and fired. The head shot was true and the squirrel landed with a soft thud. The boy’s excitement was only overcome with nervousness at being discovered.

He scooped up his kill and ran back to the house. It took the boy a bit of time to skin and dress the squirrel. After washing the meat clean, he dropped the squirrel into a Ziplock. He then opened the chest freezer in the garage and placed the squirrel under a bag of purple hull peas.

For the rest of the morning the boy and his sister watched cartoons in the living room. They ate grilled cheese sandwiches for lunch, and then that afternoon they spun themselves dizzy on the tire swing that hung from the big tree in the front yard. Before they knew it, their mother was driving them through the countryside trick-or-treating at the houses of family and friends who all lived on various small farms in the county.

With plastic Jack-o-lantern-shaped trick-or-treat pails brimming, it was well dark when they arrived home. The boy spied his father’s truck in the driveway as his mother turned in.

He had almost forgotten his secret hunting trip. Had his father discovered his disobedience? What would be his punishment if so?

The boy’s mother and sister entered the house before him. As he passed the chest freezer, a sound of hissing and an eerie red glow emanated from the seal of the lid. He took a small step away from the freezer. The hiss became a whisper.

The boy bolted into the house and headed to his room, but his father stopped him.

“Hey, bud! Your sister made quite a haul tonight. How’d you come out?”

His family was sitting at the kitchen table around a mound of candy.

“Well dump out that pail and let’s see!”

The boy walked over to his smiling family and turned his pail over.

But instead of sweet treats, a pile of pecan hulls, acorn caps, and squirrel skulls heaped on the plaid tablecloth.

Sweat boiled beneath his costume. He darted to his room and slammed the door, locking it behind him.

His father banged on his bedroom door and shouted.

The boy unlocked the door and flung it open to the ghastliest of phantasms!

A gargantuan fox squirrel blazing like fire with a bleeding hole between its eyes seized him in its claws and shook him viciously as it squeaked:

The boy wailed and wept. He thrashed and contorted trying to escape.

“Son … Son,” his father said, shaking him awake. “Get up… We need to be in the woods and set before the sun’s up.”

His father got up from the side of the boy’s bed to leave. But before exiting the room, the boy’s father grabbed the He-Man mask from atop the dresser. He put it in front of his face and said in a silly voice “Happy Halloween!” then placed the mask back on the dresser and continued on to breakfast.

The boy got up and got dressed. The He-Man mask sat on the dresser where his father had left it. Yet there was something strange; some small something keeping the mask from lying flat.

As the boy raised the mask, he shuddered in terror as a spent .22 cartridge toppled over like a tarnished penny.