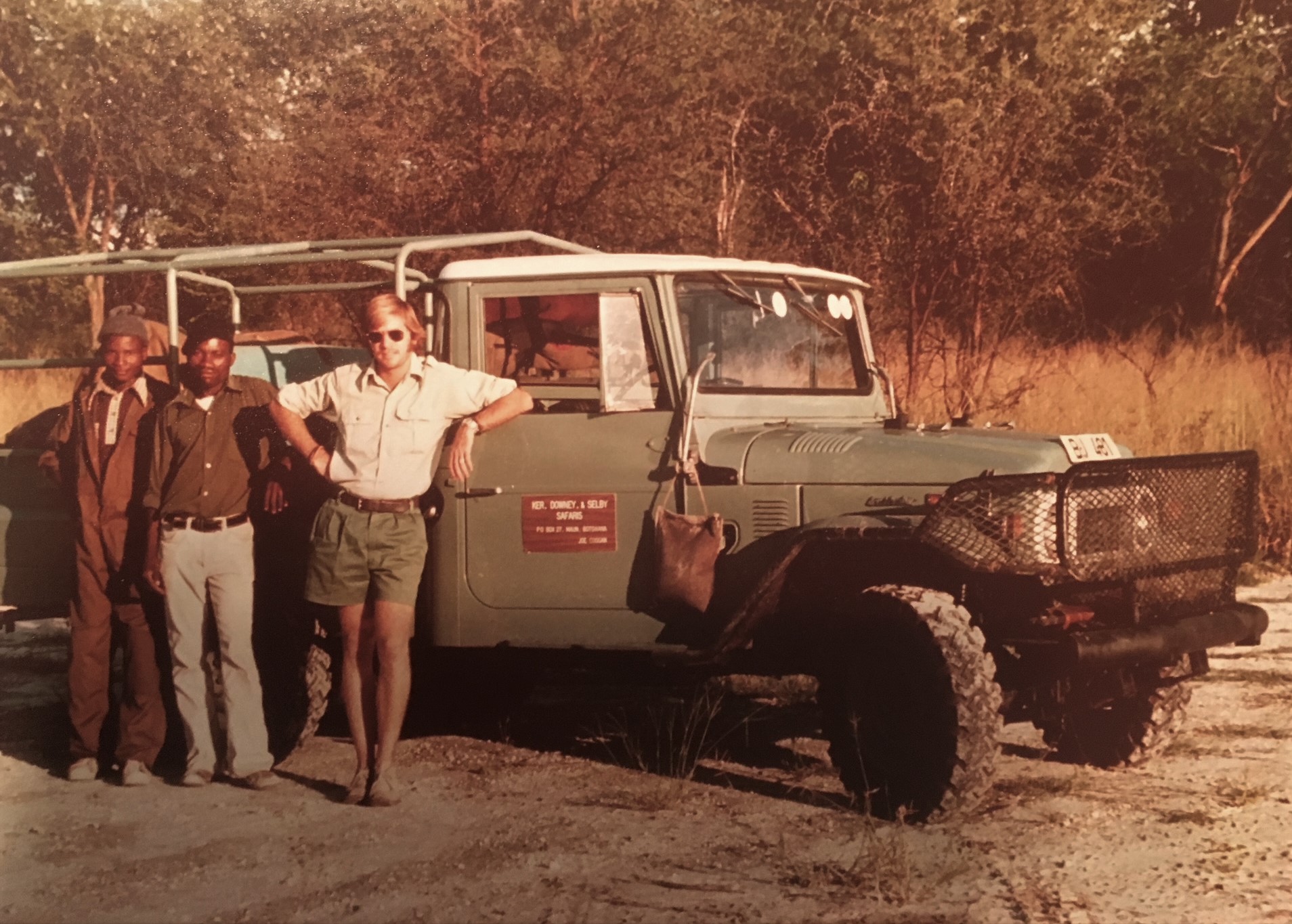 When I began hunting the Okavango Delta back in the early 1970s it was thick with tsetses. To liken them to swarms of bees would not accurately describe how many there were, nor the relentless persistence with which they tried to sip your blood. But the concentration of game was also thick, so we put up with the annoying SOBs simply because we had to. We even tried to be stoic about their pesky existence, knowing that if not for the tsetse fly the lion prides, and herds of elephants and buffalos would have been replaced by herds of cattle and attendant people, because domesticated animals quickly succumb to the tseste’s viral bite.

I’ve slapped tsetses with the best of them, and the trick is to slap-and-roll—slap with an open hand with as much force as you can stand, but don’t lift your hand. Then, slide your hand until you will feel the ornery body and then with a non-squishing pressure roll the bugger between the thumb and forefinger.This technique so impressed a prim and proper lady client that she was inspired to craft a limerick celebrating her knack for tsetse-rolling:

If some of your blood

I rolled each one

Even so, killing individual tsetse flies is an act of futility, much like trying to stymie the wind. But it was our only defense against them, that is, until 1975 when I discovered–quite by accident–a foolproof tsetse repellent that’s never failed me.

At the time, I was one of three professional hunters conducting a 30-day hunting safari for six shooting clients from three generations of a single California family. The family patriarch, an old safari-hand, was treating the younger generation to their first safari. They were an appreciative lot for the opportunity to experience wildest Africa, but even their enthusiasm was waning due to the god-damned tsetses.

A few days into the safari the old patriarch, who I addressed as Mr. B, climbed into my Landcruiser. As we drove through a particularly nasty patch of tsetses, Mr. B lit up one of his delightful-smelling, corona-size Havana cigars. I was not a cigar smoker then, but enjoyed the pleasing aroma stemming from some of Cuba’s finest-quality smoke.

Shortly after lighting the cigar I noticed an immediate decrease in tsetses as they literally beat themselves against the windshield trying to vacate the cab. As long as Mr. B puffed away on that wonderful stogie, the brown color of a deep water tan, the tsetses avoided the cab. And when one did take a wrong turn into the pale of smoke within the cab, he high-tailed it out just as quick.

Recognizing this amazing phenomena, I took the liberty of suggesting Mr. B light up whenever the tsetses got hyper-active, which was almost all the time. Eventually Mr. B noticed my repeated requests and asked what it was about his cigars I liked so much. When I told him the real reason, his eyebrows shot up and he immediately reached into his bush jacket pocket, pulled out one of his beautiful smokes, clipped the end and stuck it in my mouth.

And with that unceremonious but memorable introduction heralded by the buzz of departing tsetses, I took my first pleasing stogie-draw toward cigar aficionadohood. For the rest of the safari, my maw was rarely without a lit cigar, as Mr. B treated me to the joy of Montecristo No. 4s and corona-size Romeo y Julietas.

My first true encounter with quality smoke spoiled me forever for anything less than the delicious taste of a Cuban stogie. And I’m not BS-ing you here, but if it’s an inferior smoke from a cigarette, pipe or cheap cigar, it offers no impediment to a tsetse’s lust for blood. If tsetses head for the hills as you merrily puff away, you know you’re drawing on a quality, hand-rolled Cuban creation.

And so, in the interest of continued good health, whenever driving through tsetse country I feel obligated to permeate the vehicle’s cab with the wonderful aroma of a best-quality smoke. I also find it just as enjoyable, long after the last tsetse has gone to bed, to sit around a safari campfire with a G&T in one hand and a fine Habanos in the other.