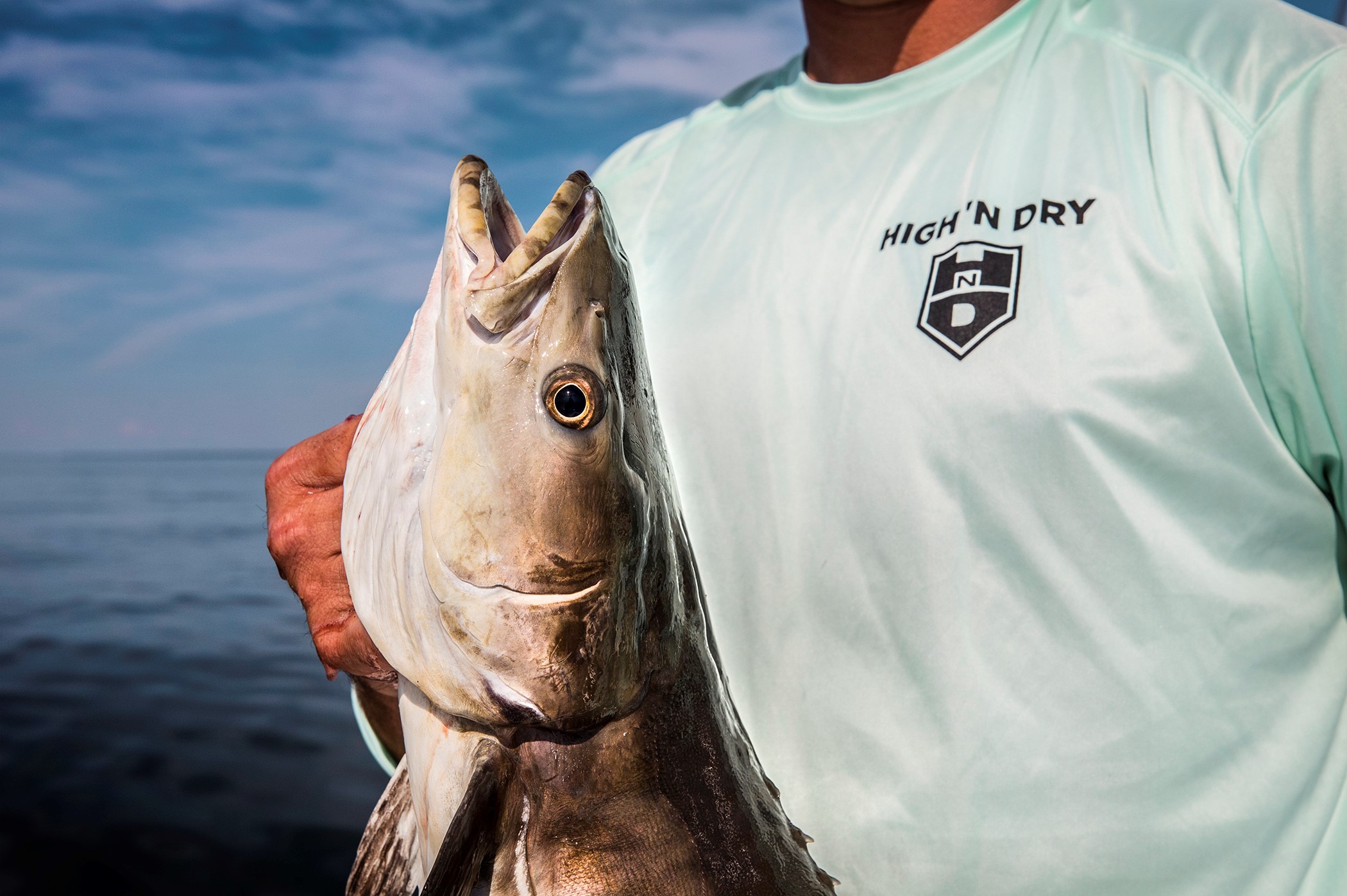 Small pink flecks of vomit swirled in the cobalt blue roll of the Atlantic as I held my head over the bow. I stared pallidly into the clear depths as small fish attacked my twirling pieces of chum.

It was, I considered, the ultimate act of conservation—donating already eaten food from my stomach and recycling it as a meal for various marine life hovering below our boat. I had launched it with an impressively steady stream, so it dispersed like a properly choked shotgun blast, providing a meal for many, not just some big greedy bastard dodging our hooks.

I was trying to remember what I’d had for breakfast when the captain shouted, “Cobia!”

My attention instantly shifted from my pathetic shortcomings as a seafarer to the action in the water. The captain cast a lure perfectly in front of the large, brownish shape below the surface and shoved the rod into my hand. He commanded me to work it slowly in front of the fish, giving it some twitch for added life. Weakness and nausea disappeared as the cobia struck. The fish put up an amazing fight, but we soon had it gaffed and in the boat, thrashing and bleeding around my bare feet.

I grew up near, and for much of my life have lived in, Virginia Beach, Va., right at the mouth of the Chesapeake Bay–one of the best cobia fisheries in the Atlantic. But I had just traveled more than 850 miles away from my home fishery and hired the guidance of a Florida professional to catch my first one. Now I must catch more.

Just as I did on that first cobia in Florida, sight casting for the fish is probably the most popular way to fish them on the bay. Last summer, I found myself on the boat of a friend, Jack “Rocco” Tangredi, a former Navy fighter pilot turned passenger jet pilot, who isn’t afraid to give anything a try. On this day aboard his 24-foot center-console, we were determined to sight-fish for them. He admitted he had only seen others do it, about the same as I.  Sure enough we spotted nearly a dozen tailing around the pilings along the Chesapeake Bay Bridge Tunnel or cruising with skates. The two species seem to like to hang out.

Jack would stand tall on the bow, rod in hand, looking out in front of the boat while trolling slowly forward, trying to spot ripples in the water or shadows of cobia just below the surface. He resembled a balding, less shapely Kate Winslett in the Titanic. Our novice efforts didn’t yield a damn thing that day, but we had a lot of fun trying while also drinking beer. We came close enough to make me try it again.

If you really want to catch a trophy cobia (also called lemon fish in the Gulf, ling and various other regional names) your best bet is to hire a pro. They get paid to know where the fish are at, and how best to catch them.  That’s why I’m going to book a day or two with Capt. Joshua Bourne. He’s a former Marine—the men’s department of the U.S. Navy as he puts it—who operates Wingman Guide Service, taking clients gunning for sea ducks in Maryland in the winter, and putting them on huge fish in Virginia in the spring and summer. His Instagram page is updated daily in the summer with pics of happy clients straining to pose with giant cobia. I know, because I stalked him like an Instagram fanboy. Evidently he has a solid approach for catching the shy and sometimes even docile fish, even when everyone else is getting skunked. And who knows, maybe he’ll appreciate my (partially) solid approach to chumming.