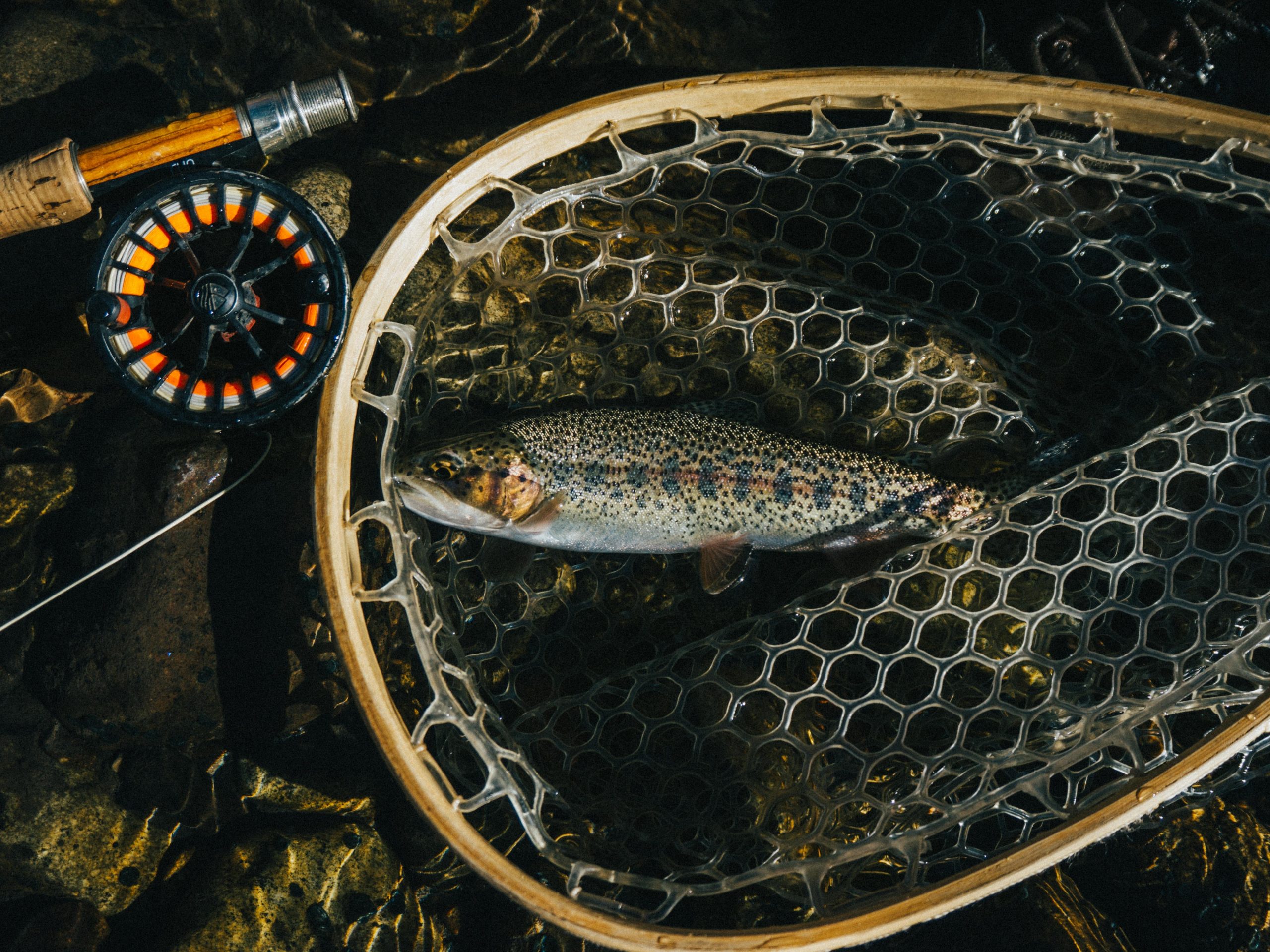 When you think of diamonds, the state of Arkansas probably doesn’t pop into your mind.  The same may be said about Arkansas trout fishing, yet curving along the base of the heavily wooded Ozark Mountains, the Little Red River is a hell of a place for anglers to prospect for rainbows and browns.

Unlike the aforementioned subterranean bling which actually does naturally occur in the Natural State, trout were introduced to this area as an answer to progress. You see, the Little Red is a tailwater located below Greers Ferry Lake in the town of Heber Springs.

In the early 1960s, the lake was dammed by the U.S. Army Corps of Engineers to control regional flooding and to provide a source of hydroelectricity. As a result, warm water fish species like largemouth and smallmouth bass pushed downriver once the cold waters sprang forth from the dam. The answer to this was the creation of the Greers Ferry Hatchery to produce rainbow trout that would fill the fishy vacancy.

And Lord Almighty how they fill it.

In 2021, the state plans to stock 180,000 catchable rainbow trout in monthly increments. Along with these stockers are the wild, reproducing German Brown trout that were introduced by fly fishermen in the late 1970s and early 1980s. The river makes such good habitat, that some of these browns grow so large that they actually feast on the freshly stocked rainbows, which isn’t hard to believe when considering that in 1992 the Little Red produced the world record brown trout that weighed 40 lbs. 4 oz. It’s a record that stood until 2009 and leads many locals to swear that there are multiple world beaters yet to be hooked in the 30-plus miles of trouty waters.

These numbers make the Little Red perfect for folks just getting into fishing and for life-long anglers looking for a trophy, whether they be fly-rodders or spin-casters. Plenty of wadable shoals, deep holes, and submerged stump fields make great places for fishermen to drift nymphs and dry flies or rip streamers and spinners in front of aggressive trout and expect a high likelihood for success.

Like all tailwater fisheries, the Little Red is subject to daily ebbs and flows that dramatically change river depths and speed. These water releases can be monitored online at the Southwestern Power Administration’s website or by consulting the local fly shops. Stopping in a local shop to pick up the hottest patterns and supplies is also a great way to pick up some good local intel.

When fishing the Little Red for the first time, it’s a good idea to hire a guide who will put you on fish while keeping a keen eye on water levels in order to get you on and off the water safely. There’s not a year goes by wherein anglers new to the Little Red are stranded on opposing banks and islands as the river rises or (in tragic cases) swept away in the hypnotic rush.

This southern gem has reeled fishermen in and landed them on the banks of the Little Red River year after year to enjoy some phenomenal southern trout fishing, as well enjoy the spectacular destination that’s perfect for imbibing with family and friends. These anglers have all found one of America’s outdoor treasures, where slick salmonids swim and suspend in the recesses of memory and memories, like bright diamonds unearthed in a place where most people would ever think to look.