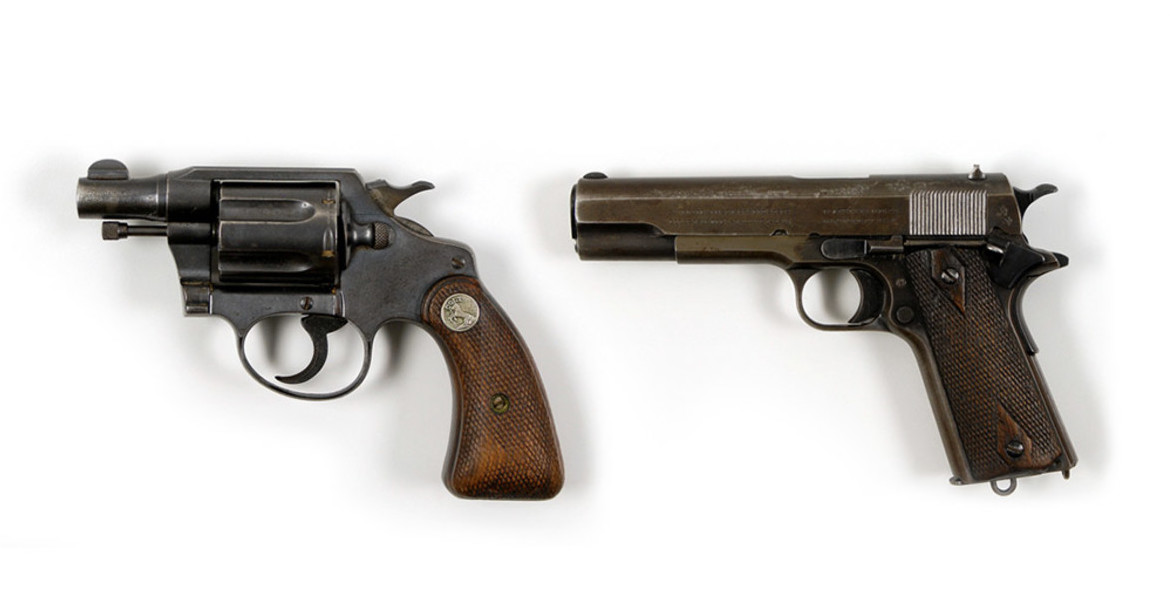 God Created Men and Sam Colt Made Them Equal!

Of course he had a gun. This is Texas, everybody has a gun. My florist has a gun!

And they have lots of them!

Unofficially, the sky’s the limit.

This because Texans aren’t legally required by law to register their firearms.

Because of this nobody is quite sure just how many guns there are in the state.

Conventional wisdom, however, says that there’s a lot.

Historically Texans have used firearms to conquer, tame, defend, hunt, enforce, assassinate, target shoot, intimidate, and more. Firearms in Texas can be purchased at pawnshops, sporting goods stores, hardware and feed stores, gun shows, and a wealth of other establishments and places. Ammunition can be found at all the aforementioned as well as the occasional convenience store.

Usually right next to the live bait.

Given Texans love affair with things that go bang, it’s hard to believe that citizens were once banned from carrying tools that did such yet they were in the late 1800’s when “An Act to Regulate the Keeping and Bearing of Deadly Weapons, Law of April 12, 1871, ch. 34, §1, 1871 Tex. Gen. Laws 25” passed. This law of the land changed in 1995 when Texans earned the right to conceal carry after obtaining a permit to do so. In 2015, the Texas Legislature passed a bill to allow concealed handgun permit holders to carry handguns openly. Concealed handgun permit holders are not allowed however to carry guns in schools, strip clubs, racetracks, bars, and a few other places or while he or she is intoxicated.

Ya’ can’t carry a gun while drunk.

The Most Famous Guns in Texas

Ad Toepperwein’s Winchester
In 1907 Texas sharpshooter and gunsmith Ad Toepperwein set a world record by shooting 72,491 of 72,500 blocks of wood tossed into the air with his Winchester Model 1903 .22. The feat took 68 ½ hours to complete.

Bonnie and Clyde’s Pistols
Texas Ranger Frank Hamer was presented with Clyde Barrow’s Colt 1911 .45 and Bonnie Parker’s snub-nosed .38 in appreciation of his leading the manhunt that resulted in the Texas outlaws’ deaths in 1934. The pistols were purchased by an anonymous Texas collector for more than $504,000 at auction in 2012.

Oswald’s Rifle
On March 12, 1963, Lee Harvey Oswald ordered a surplus Italian carbine from an ad in the American Rifleman for $19.95 plus shipping. The Carcano M91/38 he received was manufactured for only one year, 1940.

The rifle is now stored in the National Archives; the Sixth Floor Museum in Dallas has a replica.

Dick Cheney’s Shotgun
The shot heard round the late-night circuit.

On February 11, 2006, the sitting vice president accidentally shot attorney Harry Whittington in the face while they hunted quail on the Armstrong Ranch, in South Texas. Whittington recovered, but the fate of the gun was never made public.

Rick Perry’s Coyote Killer
The former governor claimed in 2010 to have used his .380 laser-sighted Ruger pistol to kill a coyote that was threatening his dog. Ruger later released a version of the gun dubbed the Coyote Special.