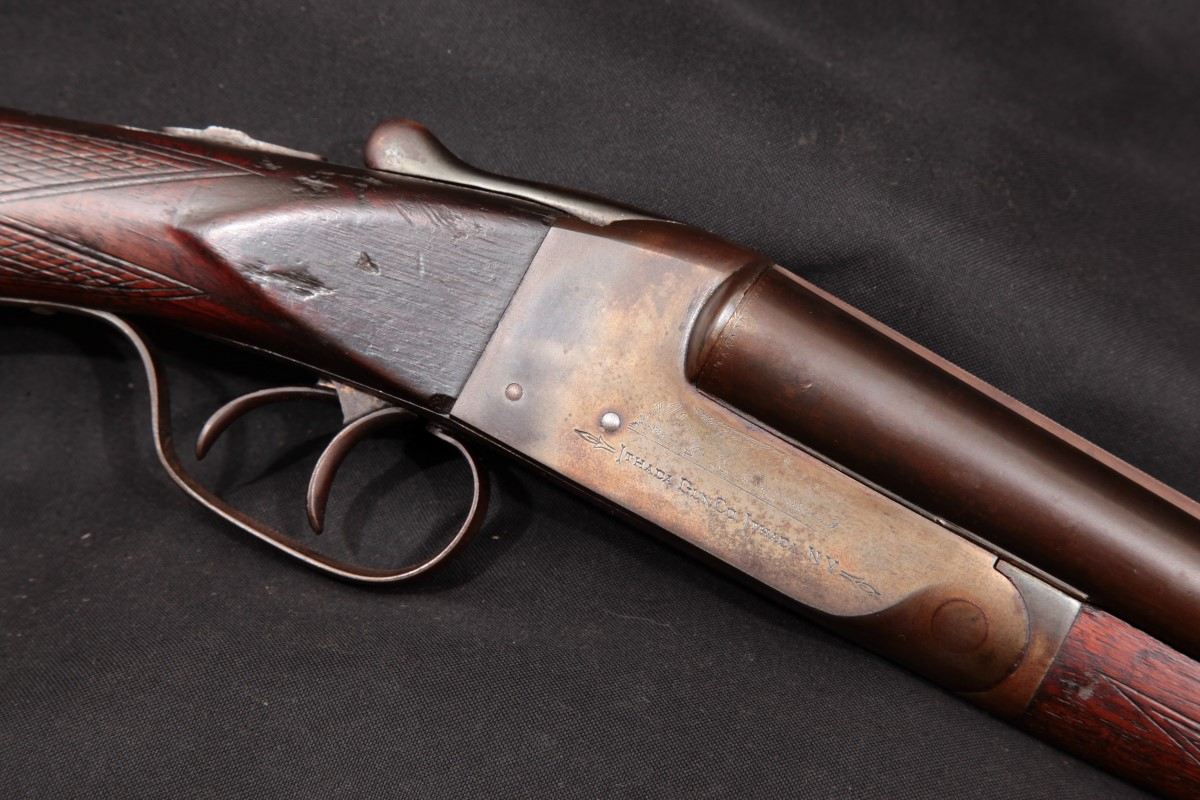 Pappy would rather swap than buy or sell, and I swear the old man would rather get beat in a horse-trade than get a good deal for cash.  We could never predict his next acquisition, be it truck, boat, barge, bilge-pump, foghorn, porpoise skull, a bushel of junk pistols, a dozen chickens. Sometimes Momma just would break down and cry when she saw him coming.  But one evening he came home with an old twelve-gauge double barrel shotgun and put it in my hand.  “Here son, take good care of it.”

Pappy didn’t hunt much, just two or three deer drives a year, those glorious hunts where men took their posts along woodland roads and firebreaks and threw buckshot at deer driven before horsemen and hounds. There were extravagant field lunches beneath the spreading live oaks, then the whiskey came out with the skinning knives at the end of the day.  The deer were gutted, skinned-out and quartered and the quarters numbered.  Each hunter drew duplicate a number from a hat and everybody went home with meat, even if he didn’t pull the trigger or even see a live deer.  I was getting old enough to tag along but there was only one shotgun between us.

Pappy’s gun was a Crescent, a Sears and Roebuck mail-order special from about 1926.  It cost a whole 18 dollars and small change and it looked like an L. C.  Smith if you didn’t look too hard.  It always fired and the safety always worked but it was loose as your grandpa’s knees and the mechanics were so indifferent my buddies all laughed and called it “The Crescent Wrench.”

Now there were two.

The new gun was worn, the wood bore many a briar scar, the bluing gone to brown and the blue swirl of case-hardening was just the faintest of memories. It was short of stock and long of barrel and it would knuckle your jaw till you got tired of pulling the trigger. But there was no rust and it closed like the crisp snap of your fingers, a pointer on point on the frame, “Ithaca Smokeless Powder Steel” on the barrels.  It liked single-ought buck and I took my first deer with it.

I got right fond of it as you might imagine and when I had a chance, I did some research.  The Ithaca was a Flues Model, one of almost 200,000 made during the Golden Age of American shotguns, between the 1919 Armistice and bombing of Pearl Harbor in 1941. It was designed by the son of a German immigrant, one Emil Flues, working by hand in a primitive shop in Bay Shore, Michigan. Flues, weary of all the hammering and filing, designed a double gun with only three moving parts per barrel. Ithaca bought the patent and it became the most widely produced double gun in American history, driving Remington out of the double gun business and sending both Fox and Parker into eventual bankruptcy.

There’s a folktale, too lovely and persistent to entirely dismiss, that the prince regent of Abyssinia, now Ethiopia, Haile Selassie–the Lion of Judah and a direct descendant of a dalliance between King Solomon and the Queen of Sheba–came calling to pick up a gun he had commissioned for many thousands of dollars.  As in the Jim Crow era, Negroes, even Negro princes, could not ride in railroad passenger cars, so the story goes that Selassie rolled to town riding in a boxcar load of cabbages. As now Haile Selassie is known as Ras Tafari–literally the Son of God–to millions of Rastafarians, this event would be the equivalent of Jesus’ birth in a barn.

If it ain’t true, it damn sure ought to be.

And yes, 60 years after Pappy first put it in my hand, I still have that old Ithaca Flues, seven deer so far.