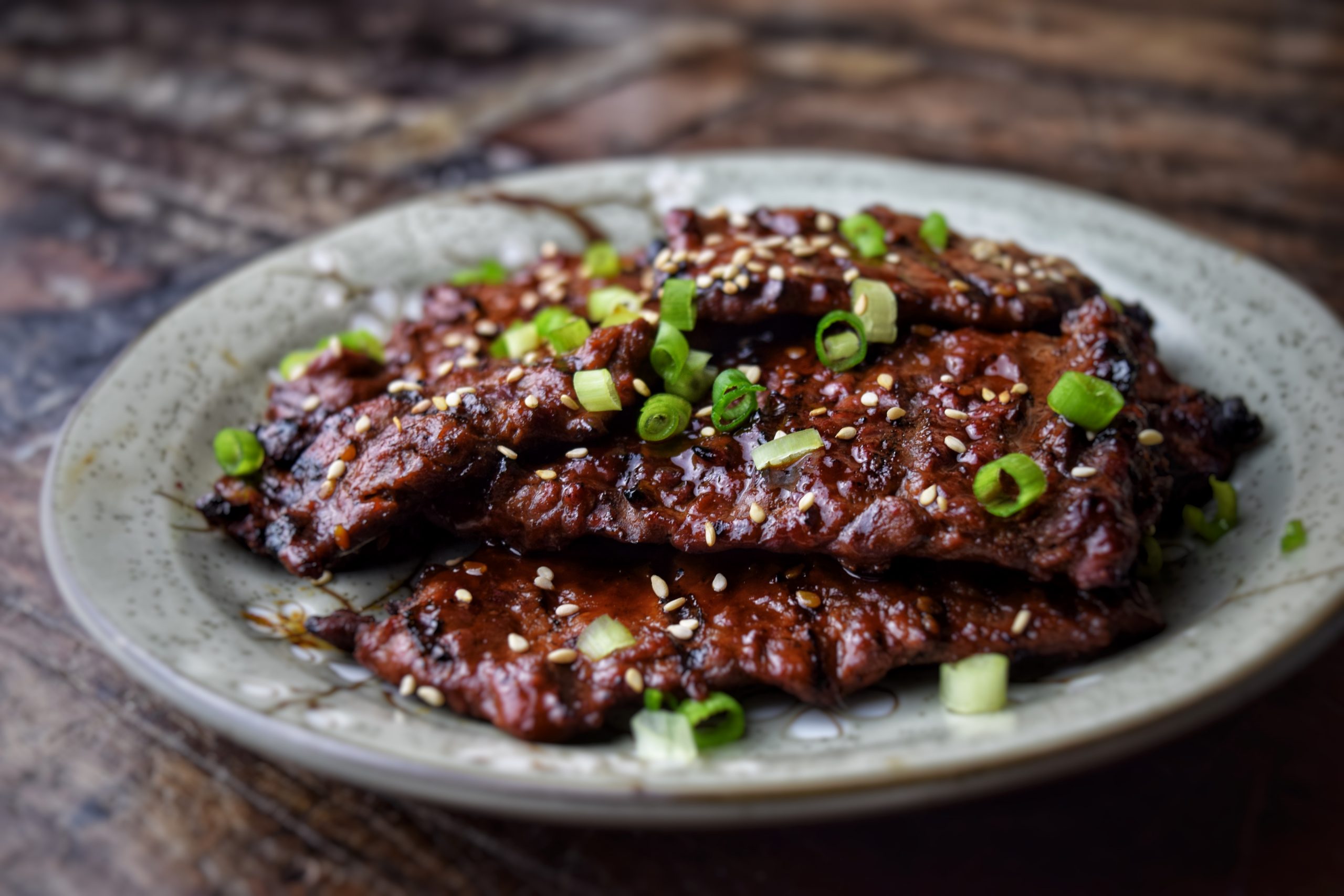 The first time I tasted this was at a friend’s house growing up.

I was just 14 and he asked if I wanted to stay for dinner. Raif said they were having barbecue, so of course I was IN. What was served that night I never expected. I was once asked if I ate a lot of Italian food growing up, to which I just replied, “Yes, but we just called it food.” Well, his mother was Korean, and this was simply how they did barbecue. They never said anything about it being Korean, for them, it was just food. That dinner opened my mind up to a lot of new ideas when it comes to food. How each of us does things may not be the same, but different isn’t always bad, sometimes it’s just different.

It has been a long time since that dinner, and I have eaten more than my fair share of bulgogi since then. Sometimes different from that first recipe I ate, but at its heart it has always been similar. The preparation is fairly simple, but always impresses people who have never had it. The marinade is 98% of the process. 1% is making sure the meat is cut nice and thin (having it partially frozen will help with that part) and the final 1% is not messing with the meat once it hits that hot pan or grill, give it time to brown and char…that is when the magic really happens for this dish!