Echols: Tales from the Bench … Unloaded for Bear 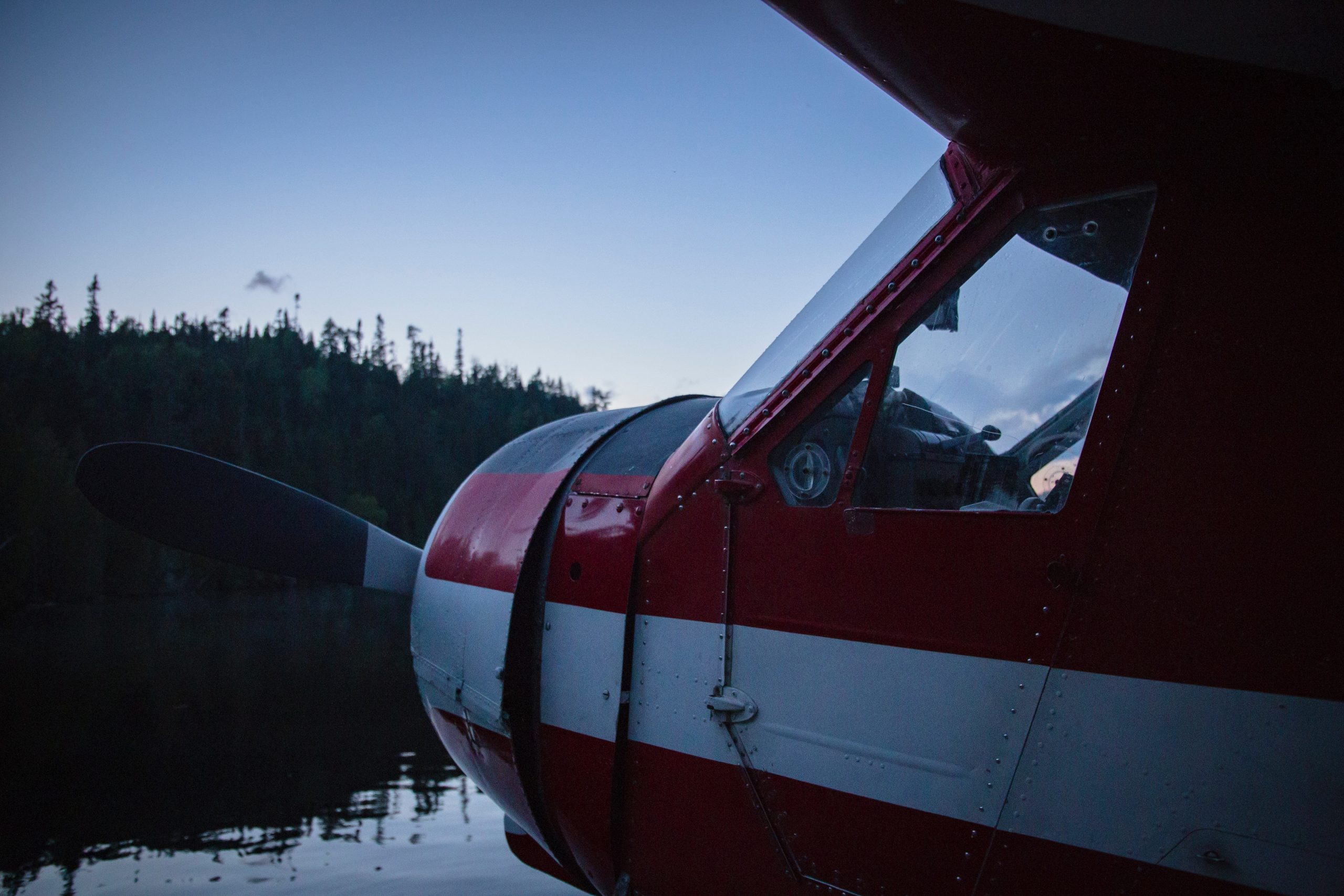 Wildman Lake Lodge has been a brown bear hunting mecca for many years, and I was still finding it hard to believe I was standing outside the lodge watching outfitter Butch King orchestrate the opening phase of our hunt. Everyone was fed, our briefing of what to expect over the next 10 days was completed, and gear was being readied to load into the Super Cubs. Four of us still had to check the zero on our rifles, and it was during this moment that the following tale unfolded. …

The look on the brown bear guide’s face was stoic–showing no real outward concern–though one could read this should be interesting in his eyes. His client was trying to zero his newly completed, custom-made .375 H&H in a wind howling in from the Bering Sea. His front sight hood had already fallen into the grass as we tried to figure out where his shots were impacting. Finally, we surmised that his point of impact at 100 yards was at about 16 inches to the right of the target frame. At this point, someone asked, “Didn’t you zero it before the trip?”

“Well, no,” was the reply. “My gunsmith took care of everything.”

With that, the man began adding left windage into the scope, walking it toward the 10 ring, when the rifle just quit firing. It was now dead as the dodo, lifeless as Aunt Bessie. That’s when the man said this quirk had been an ongoing anomaly with the rifle, but he’d been told it’d been corrected by the ‘smith.

There was some head scratching, and a scrum formed around the bench as I stood off to the side with my hands in my pockets. As I watched I began to do the math on this little train wreck: Bear hunt, bear tag, airfare, gear, and a custom rifle costing many zeros to the left of the decimal point.

Eventually, I offered to take a look. The owner, showing a bit of panic, asked, “ Are you qualified to do so?”

I had to admit it was a fair enough question.

“Probably not,” I replied, “but then again, my rifle will fire and yours won’t.”

He handed me the rifle.

I opened the bolt, unloaded the round from the chamber, and looked at the primer. Just barely a dimple on the face. I removed the bolt, reached in my pocket for a coin, then hooked the cocking piece over the edge of the shooting bench and slid the coin between the cocking piece and the back of the shroud. The owner looked strained as I unscrewed the shroud and firing pin assembly from the bolt body. Immediately I could feel the problem.

Despite what anyone tells you, glass bead material does not work well as a lubricant. As the two parts came apart, blasting material poured out of the bolt body and was swept away by the wind. The mainspring and pin were caked in bead blasting residue and the inside of the bolt looked like a sugar donut. Brilliant, I thought.

About then Butch’s maintenance man ran to fetch some aerosol engine cleaner as I rummaged around for a spare toothbrush from my kit. Once all the parts were clear of grit I sprayed the lot down with Kroil and spun everything back together. The shooting resumed and soon we were all scattered off to our assigned hunting areas.

I was the last guy back at the airport 12 days later. Almost everyone had caught earlier flights out. At the lodge diner, I settled in and was working on my 2nd cup of coffee when I was brought up to speed on how the client with the balking custom rifle had done.

I learned that he and his guide had spotted two big boars having an argument. Both boars walked into some heavy cover, but then the bigger one strolled into their camp unannounced. Apparently, more than one round was required as the bear rolled into their gear as it tussled around. The guide joined in as the mortally wounded bear careened into their packs, optics, and Snickers bars.

The pie at the lodge tasted even better now, so I had a second helping, and I shook my head as I thought about the so-called “gunsmith” and how he’d nearly gotten his client killed.

When I returned home I sent the owner of the custom rifle and the B&C bear an invoice for services rendered in the field as a joke. If I remember correctly it was for $80.00 for disassembly, reassembly, cleaning, and oil.

I never got paid. I guess the cost of that custom rifle had him strapped.

D’Arcy Echols is a legendary rifle maker from Utah and a hell of a guy.