Echoes Over The Vlei 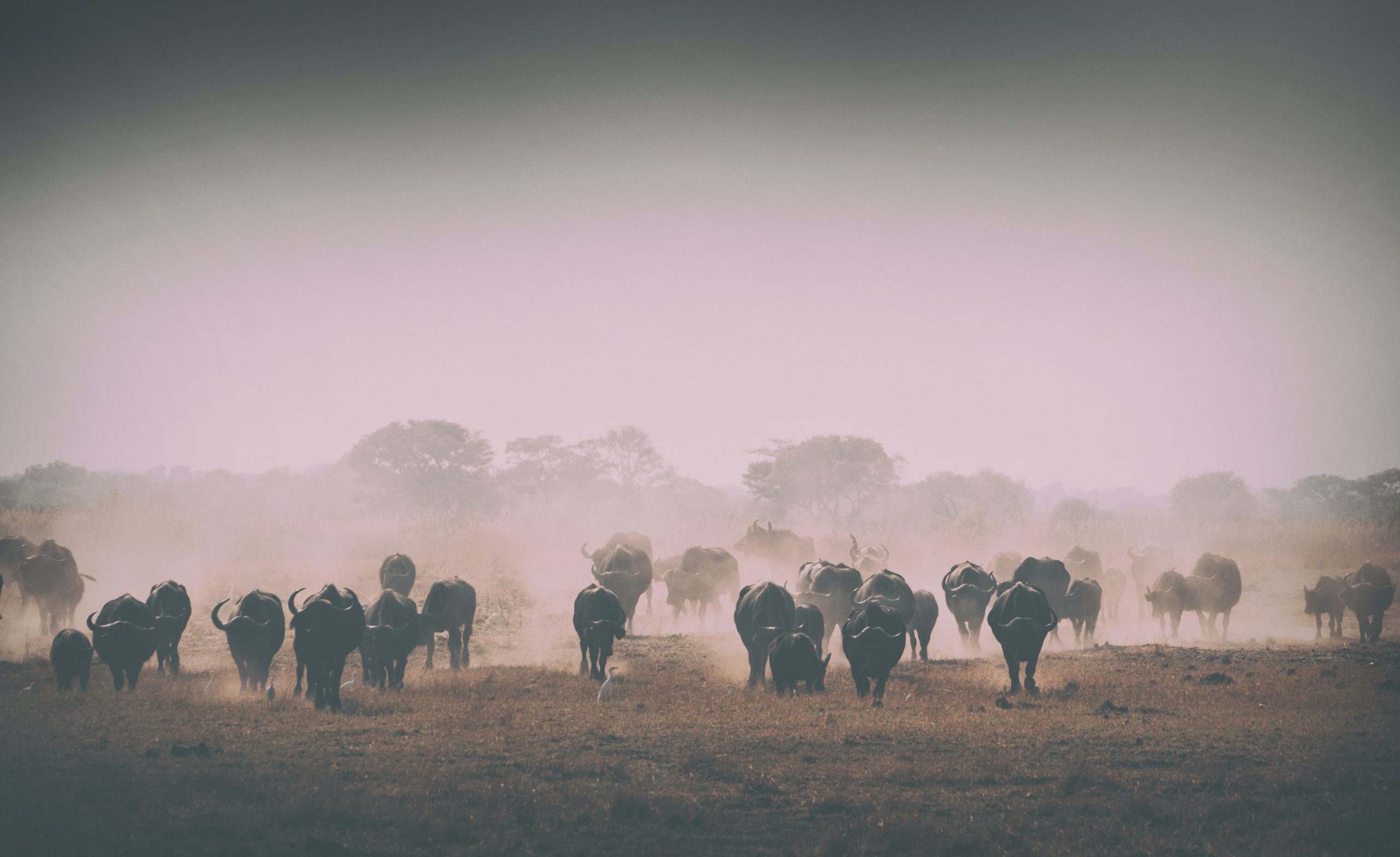 I began planning my first safari at age 8 while standing in the foyer of the Fulton County Public Library. My mother lingered behind, waving her encouragement as I handed the librarian a book order card scrawled with far-flung requests gleaned from the inserts and advertisements in my father’s hunting periodicals. Capstick, Ruark, Corbett, Roosevelt, Hemingway, the list went on. I didn’t know about Meinertzhagen, Taylor, Anderson, or even Selous. They came later.  The woman yawned, frowned, and said it could take months, or years, to get some of them back from locations from California, Nebraska, Texas, and Buffalo, New York. She was testing my resolve. I said I’d wait.

Thirty years later, I found myself staring through the crosshairs of a .416 Weatherby rifle at a sullen giant of a dagga boy trailing a healthy herd of 200 animals across a wide, grassy, vlei. At the shot, the buffalo flinched, stumbled and disappeared into the herd surrounding him–now on high alert and rallying around a comrade. I lost him in the action and the motion and the dust, hearing only the muffled confirmation from the PH kneeling to my right. “Yah. Got him. Maybe a bit high, but I think, good.”

Shortly after, our tracker, Piri, pointed out the hook of a wide, wicked horn laying prone behind a clump of high grass. Through the mist of vegetation hiding him we made out the faint outline of a body, and the telltale red arterial blood of a quick kill.

I unclipped my scope and slid two 350 grain banded solids into the .416 before approaching the downed bull across the vlei in a flanking semicircle. The rest of the herd remained in full view, belligerent, curious, heads tossing, but without malice. The two solids ricocheted across the valley after sailing through spine, chest and viscera, but they were unneeded. The hunt was over.

The great animal’s mud-caked flanks bore the alarmingly-wide, scarred, claw marks of a lion. In the bull’s jaw was an old fist-sized crater from the sharp hook of a rival. It had split the bone with such force it had displaced a molar, eventually healing into two distinct jawbones. I wondered if this was a fitting end to such a formidable creature–a question that sticks in the throat of every hunter at one time or another–but I looked at the knotted claw marks, again, and I wondered less. As I stood over him, vultures already assembling, an unaccountable sadness swept over me; what had been our first day of safari felt like the end of something much greater that I had not known, or anticipated.

A man is always on a journey, whether he knows it or not. Every time the door clicks behind me, I hear the crisp snap of a cartridge sliding home, the roar of a lion, the wind through the mountain pass or an echo from the grave. You don’t really know what is about to happen or where it will lead, or when it will pass. You probably think you’re just going out for drinks, or to the grocery, or for cigarettes, and you are on the other side of the world before the sun breaks over the mountains and you can finally see the road behind you.

When I heard the first bullet strike home with its tremendous, flat, smashing crush of arrested energy echoing across that tall-grass valley in western Zimbabwe, the sound of the hardbacks slapping against the head-high table in the library suddenly echoed in my mind. It was the same sound, just louder and harder, and it all washed over me. All of it: The years toiling in soulless jobs, the deaths, the births, the joys and pain, the friends come and gone, the successes and disappointments. And through it all, the thread of adventure and, finally, an echo from a childhood dimmed by the pain of loss and forgotten in the passing of time.

More than 30 years ago I started a journey standing on my tiptoes in the library with a little paper card in my hand.