Deer Doggin’ In The South 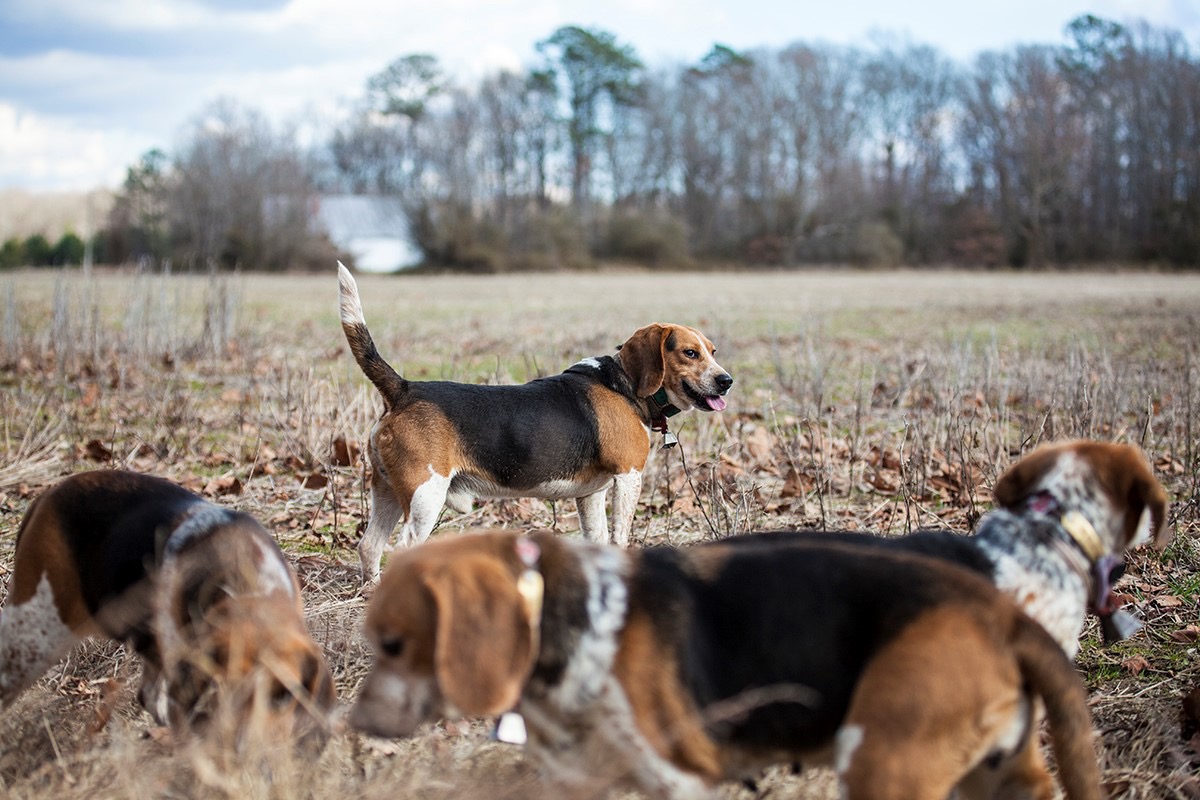 Hunting deer with hounds is a tradition maligned by many but loved dearly by those who still practice this as-old-as-America way of life.

I was in a hunting camp somewhere in the middle of the country, probably a spring turkey hunt in Nebraska, maybe a muzzleloader hunt in Oklahoma, I don’t really remember. But it doesn’t really matter. The conversation was the same as a dozen others I’ve had with hunters who aren’t from the South whenever I mention hunting whitetails with hounds.

“Where I’m from, we shoot dogs that run deer,” someone always says as he looks to the others grinning, seeking approval like he just said something remarkably original.

“Yeah, I get it – in a place where dogs shouldn’t be running deer,” I say. I’m a diplomat that way. But I’m also honest …mostly.  “But where I come from, if you ever killed someone’s hound and they found out, you’d wake up one night with your sack cut off.”  Then it’s my turn to grin. My response always gets bigger laughs.

Fact is, where I grew up hunting in Southampton County, VA, hunting deer with hounds—mostly Walkers or American Foxhounds, sometimes beagles—is a way of life. It’s a practice that goes back to the first days of settlement. And though the practice is sadly shrinking—largely due to smaller tracts of private land, changes in hunter attitudes and practices (thanks, QDM), and even to some deer doggers’ own belligerence in respecting others’ property rights—you can bet your ass that the last pack of hounds to run a whitetail legally will be in Southampton County.

“It’s just like running rabbits with dogs,” I say. “But just imagine the rabbit is between 80 and 200 pounds and sometimes has a big set of antlers on its head. Think jackalope on steroids.” Even the unwashed tend to understand what I’m talking about.

At the club where I grew up hunting, a day would typically begin with men climbing into beds of trucks and riding to a property where they’d quietly line up along the field edges and cut paths through the woods. Each hunter, or stander as he is called, sets up 150 to 200 yards apart. It’s a strict buckshot game for most hound hunting, both for safety and because most times the deer are hauling ass.

Usually two or three drivers then strategically release the dogs, hooping and hollering to add to the pandemonium. Then the baying of hounds indicates the chase is on. I’ve never done meth, but I imagine that the first rush is similar to when a bawling pack of hounds turns your way, and you hear the cracking of limbs and leaves coming toward you. By the time you spot those first flashes of brown emerging from cover, adrenaline has your heart aching like a Viagra overdose.

I no longer hunt with a deer club, but clubs still hunt the land around my deer hunting property, so invariably we get a stray pack crisscrossing through now and then. Last season my son and I were about to call it quits when we heard a chase crank up across the swamp.

“Hold on,” I told my son, despite hearing the bloody mary calling my name from the house.  “If those deer turn this way, they’ll cross the beaver dam and either run that strip of trees between the field and water – or they’ll bust the field.”

My son was already heading to the edge nearest the swamp to cut off that route. I had the field. They busted the field.

Two does bound from the trees, stretching it out, as the piercing cry of the lead dog told me he was close enough to see them. He emerged, snapping, 20 yards behind them. The rest of the pack followed.

I hadn’t planned on deer doggin’ that day so I was rocking a 12-gauge Winchester SX3 slug gun with an old Nikon Slugmaster scope set. I led the doe in front as she sprinted 80 yards out. My first two shots missed but I kept swinging and adjusted my lead. The third saboted punkin ball struck perfectly behind the shoulder, cartwheeling the doe to the ground.

I stood there a moment taking in the scene as the other doe disappeared into the trees, the pack hot on her hooves. I had meat for the freezer, but the real prize was the music of those hounds, echoing around me and across the field. It’s music I hope never fades.