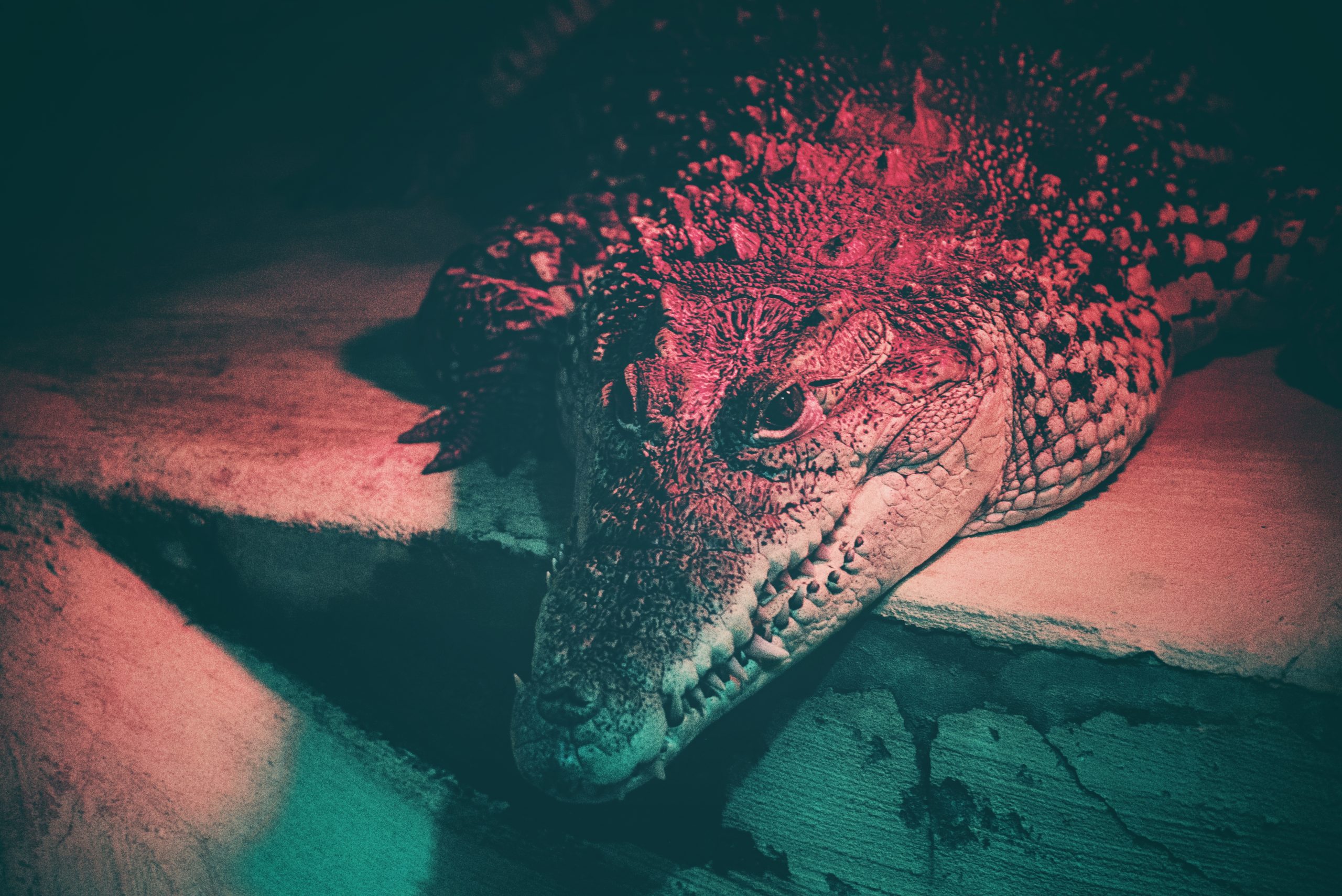 It’s 9:07 AM, and I’m chasing a giant croc through the mangroves for a thong.

And, by American standards, not really a thong. I’m learning a lot this shoot, including the fact that Australians–especially those residing in the Northern Territories–have a language all their own.

That peculiar language is growing on me, just like the Biblical heat and the fact that, while the water looks gorgeous and has proven productive for my fly rods, it’s not water for swimming.

The 15-foot saltwater crocodile we’re currently chasing through the mangroves is one reason. The swarm of sharks that were munching fish off my line earlier is another.

We’d fished at dawn, then headed back to camp to pick up some crab pots and see what we could bait up for our dinner. “Get a feed,” Tubb called it.

Tubb, who was currently crouched forward with laser-like focus as he motored the little skiff through mangrove tunnels, was the master of camp. He’d given up a successful career as a marine salvage engineer when he had a stroke and was told to give up one of three things: smoking, drinking or stress.

So, stress it was. He moved to a remote camp in Australia’s Kimberley region where he took people fishing. An overall low-stress job–except when crocodiles took your thong.

“Give me back my fucking thong. Come back here, you bastard!” His cries echoed through the mangrove tunnel. I flicked a palm-size spider from my thigh and turned to eye our quarry.

For those who don’t speak Australian, a “thong” is what they call a flip-flop–an essential part of Australian attire. Tubb rigs old, worn-out thongs to the end of his crab trap ropes, then tosses the thongs into the mass of mangroves to mark the trap and aid retrieval. It’s a wickedly efficient, simple system, except when one of the resident salties decides to go for a snack.

I flick another mega-spider away–off my shoulder, this time–and am grateful for the old boat. It’s remaining remarkably stable despite the places we’re taking it.

If you’ve never wound through a mangrove maze, realize it’s just that: a maze. Tunnels zagging through thick, rough vegetation that likes to grab and hold onto things. Everything looks the same; critters abound both in and above the water, and it’s usually hot and still.

The bugs love it. Most humans, less so.

Apparently crocs love it too, as the bastard finally slipped deep inside the mangroves, sinking below the brown tidal water and vanishing from sight.

It’s an odd feeling when a crocodile larger than your boat just suddenly disappears.

We posted up for a good half-hour, slapping mosquitoes and trading fishing stories as we waited for the other crab traps to fill. Eventually we pushed back out into the slim, braided channel and started tugging in pots. Plenty of crabs, which meant plenty of dinner. We were happy, even if Tubb was still grousing about the loss of his thong and the attached trap.

Coming around the second-to-last corner before we hit open water and hopefully a sea breeze, we paused. Grinned. There, floating in the middle of the channel, was the black thong. Tubb laughed, reaching for a gaff and quickly bringing it on board. Attached was the rope and crab trap, a little worse for wear but perfectly salvageable. A gift from our crocodile friend.