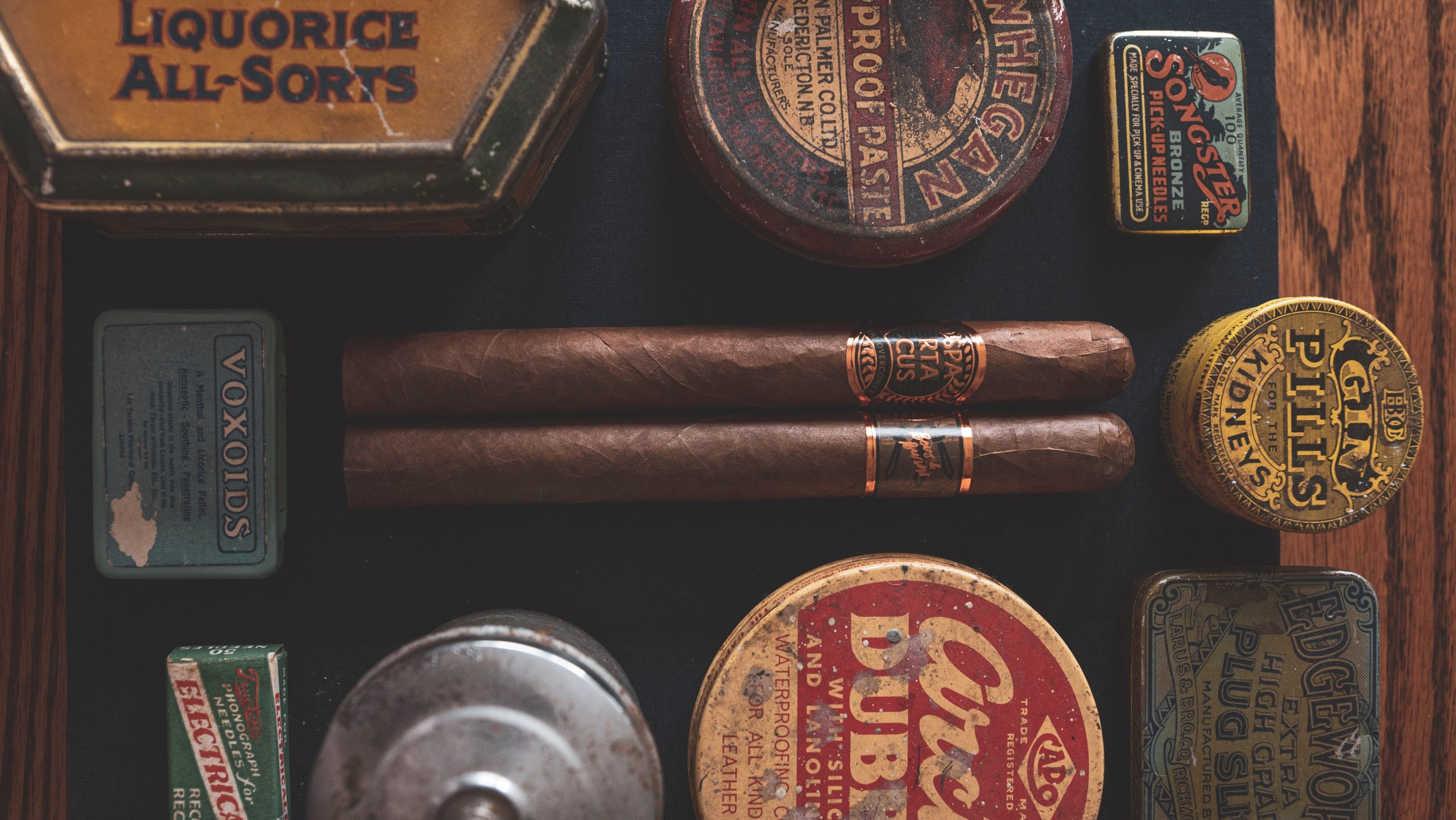 The world is opening up again.

Hunters are hitting the field, anglers are taking to the water, and more and more people are heading afield to enjoy the great outdoors.

And there is no better way to celebrate a success in the great outdoors than with a premium smoke.

Here’s a friendly reminder of some of the most basic cigar etiquette lest you’ve forgotten.

Bring Enough for Everybody

Goofy greeting card sentiments aside, this one is important.

Don’t be the guy that brings a smoke for himself and nothing else for your buddies. Always have a few extra smokes in your travel humidor to share. Sure, cigars can be a private endeavor and a way to wind down alone, but they are also meant to be shared and enjoyed with a few close friends. Make sure those friends have something to enjoy as well.

Especially if you’ll be needing to borrow a cutter from someone else later!

Some people lick their cigars before smoking them.

Some people chew them and, yes, some people actually eat cigars over the course of a day.

All of this is fine and good so long as you have your own cutter.

Don’t be the guy that goes all St. Bernard on your stogie then asks to use the community cutter.

If you lick your smoke, be sure to have your own cutter.

Whiskey or bourbon infused cigars can be great.

But you can’t make one yourself by pretending your smoke is a donut and dunking it the booze of your choosing.

Doing such can ruin your cigar and even make it unsmokable.

A better idea is to find a great whiskey or bourbon to go with your cigar – not on it.

Take a sip of your bourbon or single malt in between puffs of your cigar and the flavors will meld sufficiently.

Clint Eastwood looks cool biting and spitting the end of his stogie in the high desert setting of most of his spaghetti westerns.

Odds are, you ain’t Clint Eastwood.

Also, biting your cigar can ruin the wrapper and eventually shred the smoke.

The guillotine-style or straight cut is the most popular followed up by the V cut and using a punch.

To each his own.

Just don’t bite and spit or pull out a pocketknife to get the job done.

Use the proper cigar cutter of your choosing.

You can light your cigar with matches, an ember from the fire, a lighter, or cedar spills just be sure to keep the flame about an inch or two from the end when you do so. Rotate your stogie over the flame so that the foot is lit evenly. Take a few puffs as you slowly turn your cigar above the flame until the end glows an even red when blown upon.

Keep the Band Together

Others can’t wait to remove them for some far-fetched art project.

Regardless, it’s best to leave the band on a cigar until the cigar has been completely smoked.

Removing the band prior to this can damage the cigar or even tear the wrapper (the outer leaf binding of the cigar). In many cases this can make smoking the cigar troublesome or all but impossible.

Don’t Save for Later

But don’t further ruin the moment by halfling your cigar in an attempt to save it for later.

It won’t taste the same.

The first draw on your cigar sends smoke through it forever altering its taste. Leaving your cigar for a time to sit with that smoke inside it after it has been extinguished will only sour the tobacco.

Don’t Grind Things to a Halt

And grinding cigars out is unnecessary as they are humidified and will burn out in a few minutes on their own.

Just leave your cigar in an ashtray or toss in the campfire.