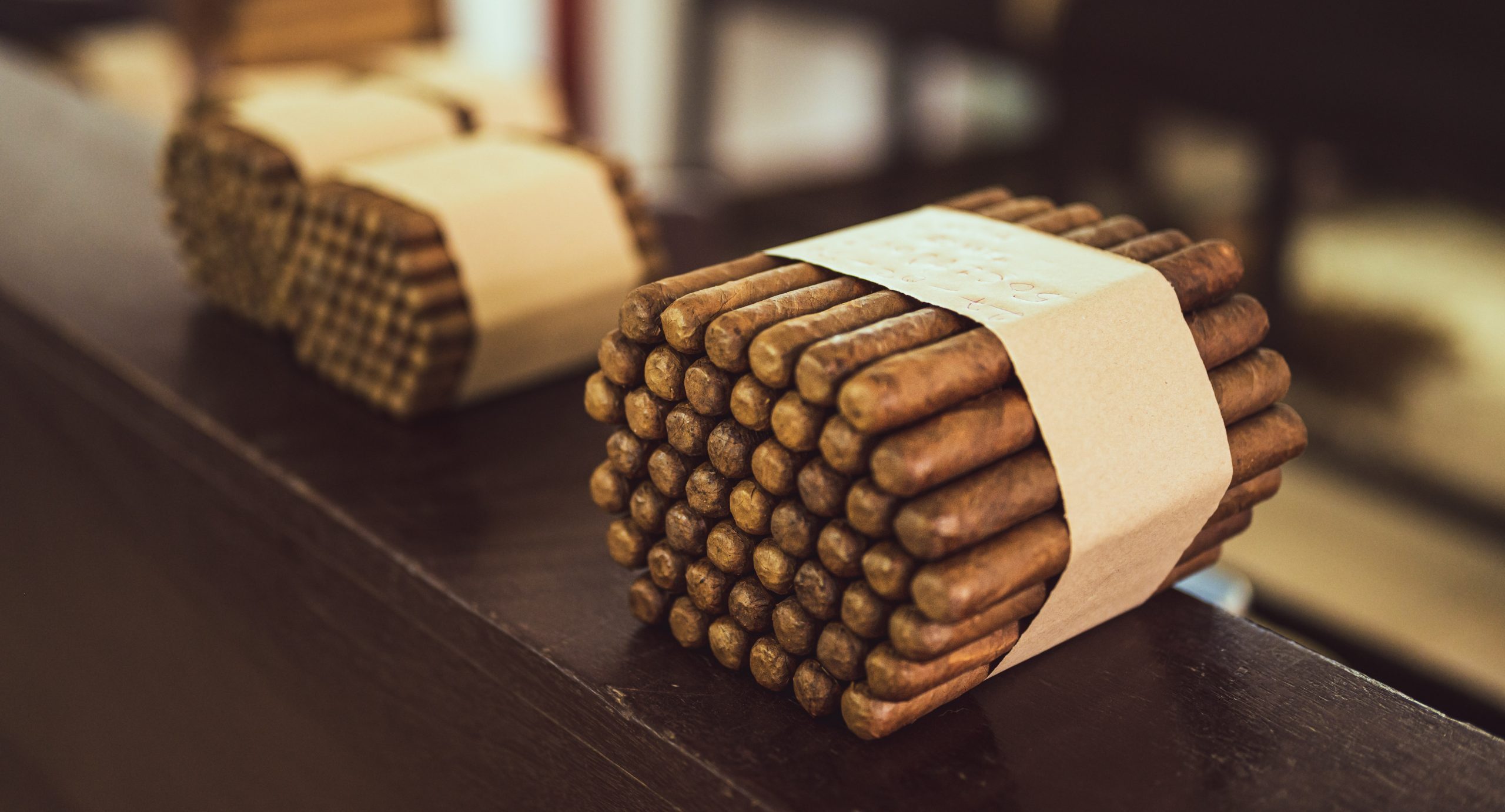 A man once told me, “You gotta use the right tool for the job.”

And although that man was arrested and court ordered to not be within 300 yards of the city zoo, a few (very few, I might add) of his words still resonate with me when I apply them to cigars.

You gotta use the right tool for the job.  And for cutting a cigar that tool is a cigar cutter.

Not a knife, not a razor blade, and for the love of God, not your teeth.

Cigars need to be cut in order to be smoked. All cigars are rolled with a cap and that cap has to be opened in one way or another to allow smoke to draw through the cigar. There are four major cuts used to open a cigar. They are: the straight cut, the wedge (or V) cut, the hole punch, and the Shuriken (or multiple slit) cut.  Here’s a look at each:

The straight cut is the most commonly used cut on cigars as it opens the entire cigar. As the name implies, it’s a simple straight cut across the cap of the cigar. The cut is performed by either a single or double-blade guillotine. Guillotine-style cutters are small, can easily be carried in a pocket or travel humidor, and range in price from cheap to reasonable to oh-my-god-who-would-pay-that-for-a-cutter?!?!? I have several cheap plastic guillotines in my vehicles, several upscale metal ones, and one I’ve got my eye on that’s crafted from mammoth ivory.

We need a Field Ethos cutter, don’t we? Hell yes we do.

While correctly identified as a wedge cutter, I’ve yet to meet anyone who actually calls it that. Most call it a V cut. A “V cutter” resembles the guillotine cutter but given the V shape of the blade, it slices a wedge into the cap of the cigar instead of lopping the whole cap off. This allows the smoker to draw more concentrated interior smoke from the cigar. Some people like that more. Some people say those people can’t tell a difference in flavor and are actually just snobs.

Me? I prefer a straight cut.

Usually referred to as a “punch cutter” or “bullet cutter” and not a hole punch, this cut is nothing more than poking a hole in your cigar by way of a miniature post hole digger. Some Neanderthals attempt this with a pencil, others with a golf tee, and still others by digging around the cap with a knife blade. But this doesn’t work well, because you must remove material from the hole to get good smoke through it.

If you want to smoke a hole-punched cigar, buy a punch. Remember, You gotta use the right tool for the job. Much like with the V cut, a punch allows more concentrated interior smoke to flow through the cigar. Punches come in a wide assortment of sizes and materials and many upper end lighters feature a punch extension on the bottom of the device.

The newest cutter to come to the cigar world is the Shuriken.  The Shuriken cutter is a small capsule that you push into your cigar whereupon six razor blades slice into the cap.

Yeah, it sounds like the Predator of cigar cutters, or something like that. The Shuriken hit the market in 2011 and is best used on short-filler cigars.

I’ll admit that I’ve never seen a Shuriken in real life and as such have never used one. I actually don’t know anyone that has used one and I know a lot of people that smoke. I’ve watched a few video demonstrations of Shurikens and after having done so … have decided to stick with a straight cut, mainly because it’s simple and it works. Still, if you pride yourself on being the guy who has every gadget, maybe the Shuriken’s your thing.

Give it a try and let me know.