Cape Buffalo With A Bow 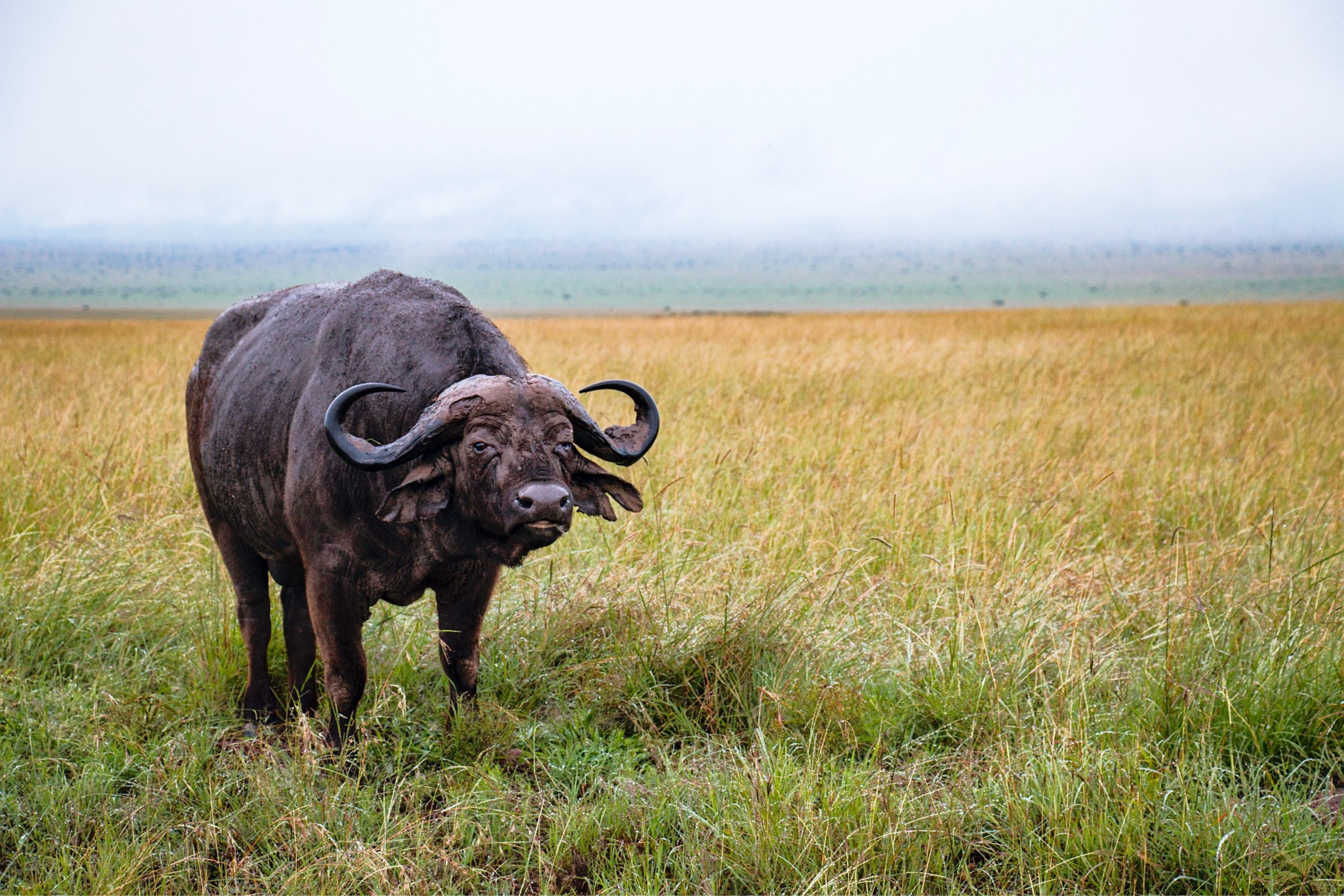 I’d read all the stories. Ruark’s “Suicide Made Easy,” Capstick’s “Hunting The Cape Buffalo,” “Boddington on Buffalo,” all the scare-you-to-death stuff about how a Cape buffalo “looks at you like you owe him money,” that sort of thing. I made my first African trip in the mid-1980s, killed a couple of buffalo with my .375, saw a couple more shot, and there were no problems. I wasn’t convinced they were all that dangerous.

But they are, aren’t they?

Years later, in 2004, a good friend and excellent British Columbia outfitter and hunter, Bob Fontana, was stomped to death by a wounded buffalo in Tanzania he never even knew was there as he was hunting lesser kudu in some thick stuff. And I’d heard other buffalo charge stories, and I started wondering. So when my friend, Marius Potgieter, asked me if I wanted to shoot a buff with my bow, when I said “Hell yes!” I got the tingles.

I said yes in no small part because of Marius. A South African cattle farmer and professional hunter, Marius is also a highly accomplished bowhunter and a former member of the South African Special Forces Brigade, or “Recces.”  These men are badasses. He’s a combat veteran, fit and tough as they come, and fearless but not stupid about it. He said he’d back me up with his .458. Here is a man I could confidently trust with my life, so let’s get after it.

But I first had to build a new bow with an 80 lb. draw weight–the minimum allowed by law in South Africa for dangerous game. My Easton Dangerous Game arrows weighed 816.2 grains (the minimum is 750 grains); a cut-on-contact two-blade broadhead was also required. That bow launched them at 214 fps. It took me a couple of months of working it before I could even draw that much bow back, let alone shoot it accurately, but after several hundred practice arrows I was good to go.

We were hunting a 25,000-acre farm, and by and by we came upon a lone buffalo bull, an old “Dugga Boy” as Marius called him, a battered, scarred, solitary bull living out his days in his own little world. Perfect, we can stalk him without worry about others blowing for us.

So we did, climbing above him with the light breeze perfect. We got into position in the scrub and let him feed to us, something that took about 45 minutes but seemed like hours. As he came closer I started getting those nagging little doubts. “What if he sees or smells us? Will he charge? If he does, holding this stupid bow will be about as helpful as having my peter in my hands. Good Gawd, am I nuts, or what?

He got to 18 steps, and I had to wait for him to position his body and head just so before I drew my little bow back and released the arrow. When the fletches disappeared completely into his black hide, he hopped a couple of steps forward, stopped, then turned and faced us with that classic buffalo stare down. Holy shit! He’s gonna charge! Whatthehell am I gonna do??

And then he wobbled like a Saturday night drunk under a streetlight in a seedy part of town. Wobble to the left, wobble to right. And then he tipped over, dead as a doornail. Later we found that the broadhead had cut the aorta right off the top of his heart; he was dead less than 30 seconds after the arrow hit him.

I looked at Marius and, in smartass fashion, mumbled something like, “Well hell man, that wasn’t any more frightening than shooting a deer back home!” But my shaking hands told a different story. The adrenaline rush was huge. We have the whole thing on video, and it’s pretty amazing to watch.

The dangerous part of the hunt came later, when Marius and I stalked Cape bushbuck. Those little buggers are meaner than crap, and they will kill you. A story for another time …