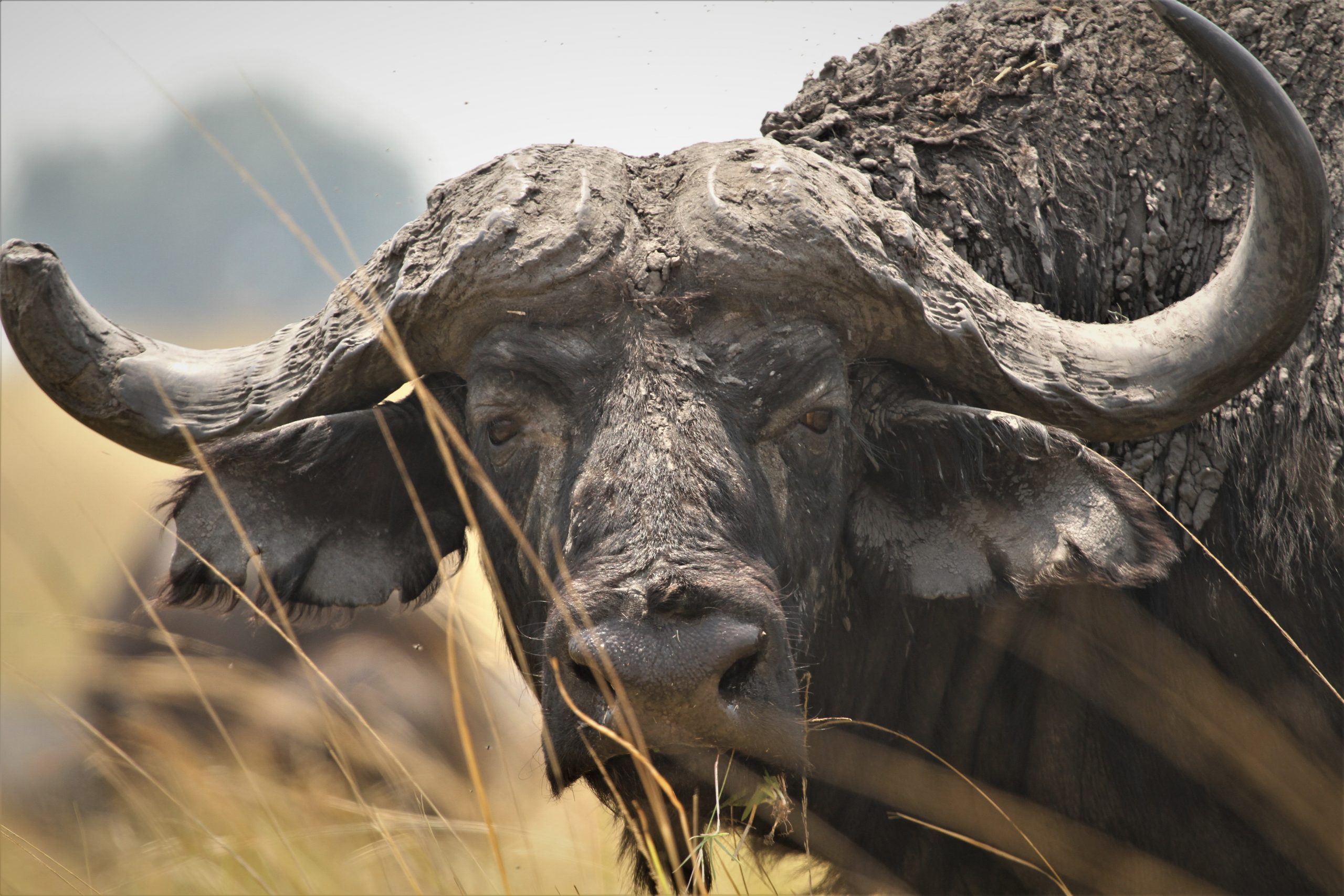 You cannot spend much time around Cape buffalo and still mistake courage for anything else.

When I first hunted them I thought whatever courage was of interest would be my own. I now think I was wrong about that.

It certainly takes a certain level of will to walk into thick bush after a bull, but fear of shame or even outright stupidity can make you do it, and neither should be confused with courage. What I learned about courage in buffalo thickets I learned from the bulls themselves. I’ve found it to be simply a truth that a Cape buffalo, once engaged, will do everything in his power to beat you until one of you wins.

I’ve seen bulls that were nearly dead on their feet lay a good ambush and mount a hell of a last charge; I’ve seen a surly old fellow charge and very nearly beat us, just because he was irritated at being tracked into his best napping thicket. I’ve witnessed bulls slip off into the shadows time after time to avoid trouble, but I’ve never known one to back down once the question had been called and trouble was before him.  An old bull is not a bully, but he will do what it takes to deal with what bothers him. He does not quibble, quaver, emote.

There’s something about the single-minded violence of those close moments that expresses something fundamental. And there’s something about the potential for that violence that makes every buffalo hunt engaging. Whether the violence of a buffalo hunt is itself good or bad is a point of moral philosophy I couldn’t begin to resolve, but I do know that it provides a powerful context for understanding certain aspects of living on the planet. I keep going back to those thickets and I keep learning. I doubt I’ll exhaust the subject in a lifetime.

Perhaps there’s a useful analogy in there somewhere.