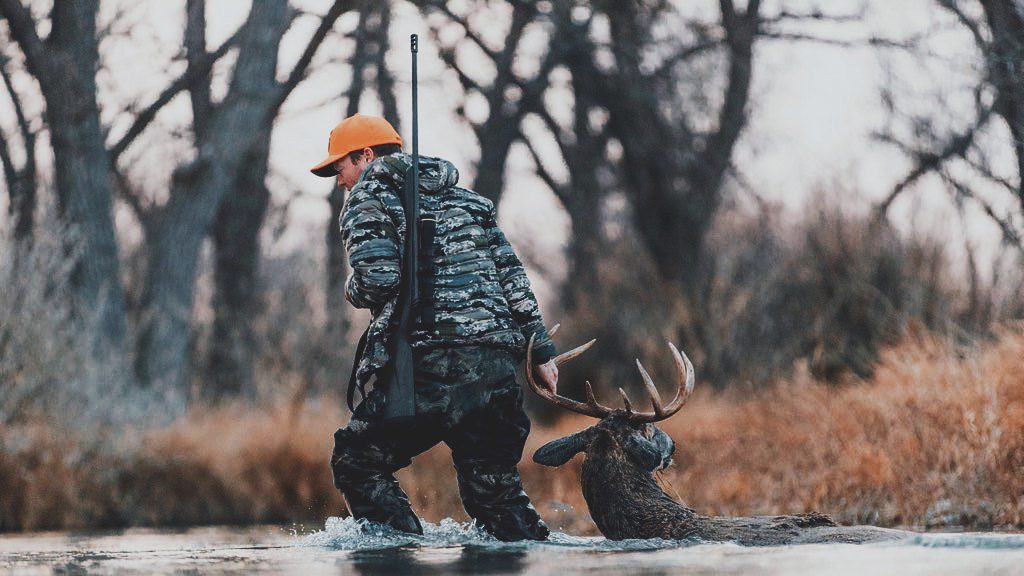 By Jeff Johnston, Editor in Chief

Probably 10 times this year I was asked the following question, and each time the conversation went much like this:

A Buddy: I’m looking for a new rifle. What should I get?

Buddy: Something I can shoot deer and hogs with, but I could also shoot a bear or an elk if I ever get out West. Something accurate too. It’s gotta drive tacks. And it’s gotta be fun to shoot. I shot a .300 Win. Mag. once, and fuck all that.

Buddy: Free if you can swing it for me.

Buddy: Haha! Just kiddin’ amigo! But seriously, I don’t know. What do you think?

JJ: I think life’s too short to buy a cheap-ass, plastic-stocked, low-end Walmart fall-a-part that you’ll try to hide from your buddies at deer camp.

JJ: What about the scope?

JJ: It’s going to be a little tough because, hell, even a mid-level Leupold is a grand these days. If you go $2,500 you can get a setup that your grandkids will brag about long after your ass is feedin’ worms.

Buddy: Damnation. I guess I can tell the wifey I had to buy a new set of Leupold tires or something. Anyway, what are ya thinking?

JJ: Tons of great rifles out there for under 2k. Bergara. Sako—ok maybe Sako’s a little too pricey these days. Springfield Waypoint if you want more of a hybrid hunting/target gun. But I’d go with a Browning X-Bolt Pro.

JJ: It handles good because it’s not all blocky; it’s got all the features you want, like a two-position safety with a button on the bolt handle to work the bolt even while it’s on safe, a great trigger, legit carbon fiber stock—not cheap plastic—a detachable mag, fluted barrel that’s threaded for a suppressor—and trust me, you’ll want a suppressor later. It’s not too light that it kicks the shit out of you, but not too heavy that it’s a third leg. Mainly, it’s accurate. Every single one I’ve ever shot was sub-moa out of the box.

JJ. Creedmoor then, if you want to be trendy. But I think it’s too light for elk.

Buddy: Everybody has a Creedmoor these days, and you guys make fun of all of them. What else?

JJ: Nevermind. The Western is like a 270 Win. Or, more accurately, a .270 Short Mag, but one that actually shoots because they figured out it needed a faster twist rate with the longer bullets. I hammered a whitetail with one last year at 200 yards. The buck took one step.

Buddy: Does anybody actually need such a caliber?

JJ. No, especially that buck. But that’s not the point.

Buddy: Bet it kicks like Chuck Norris in his prime.

JJ: Between a .308 and .300 Win Mag somewhere. But you can always shoot it with the muzzle break on it and just tell your guide to hold his damn ears for one shot because you’re a bitch.

Buddy: How much is ammo?

JJ: Expensive as hell and hard to find. But isn’t all of it anymore?

Buddy: When will it be in?

JJ: I don’t know; I’m not Bass Pro Shops. I’m just a dude who happens to write a bunch of BS about guns to sell magazines.

Buddy: Well I thought you were getting me a deal? How else am I going to afford that Leupold?

Buddy: I know, and I’m always giving you free advice. And I’ve got some more. Are you ready?