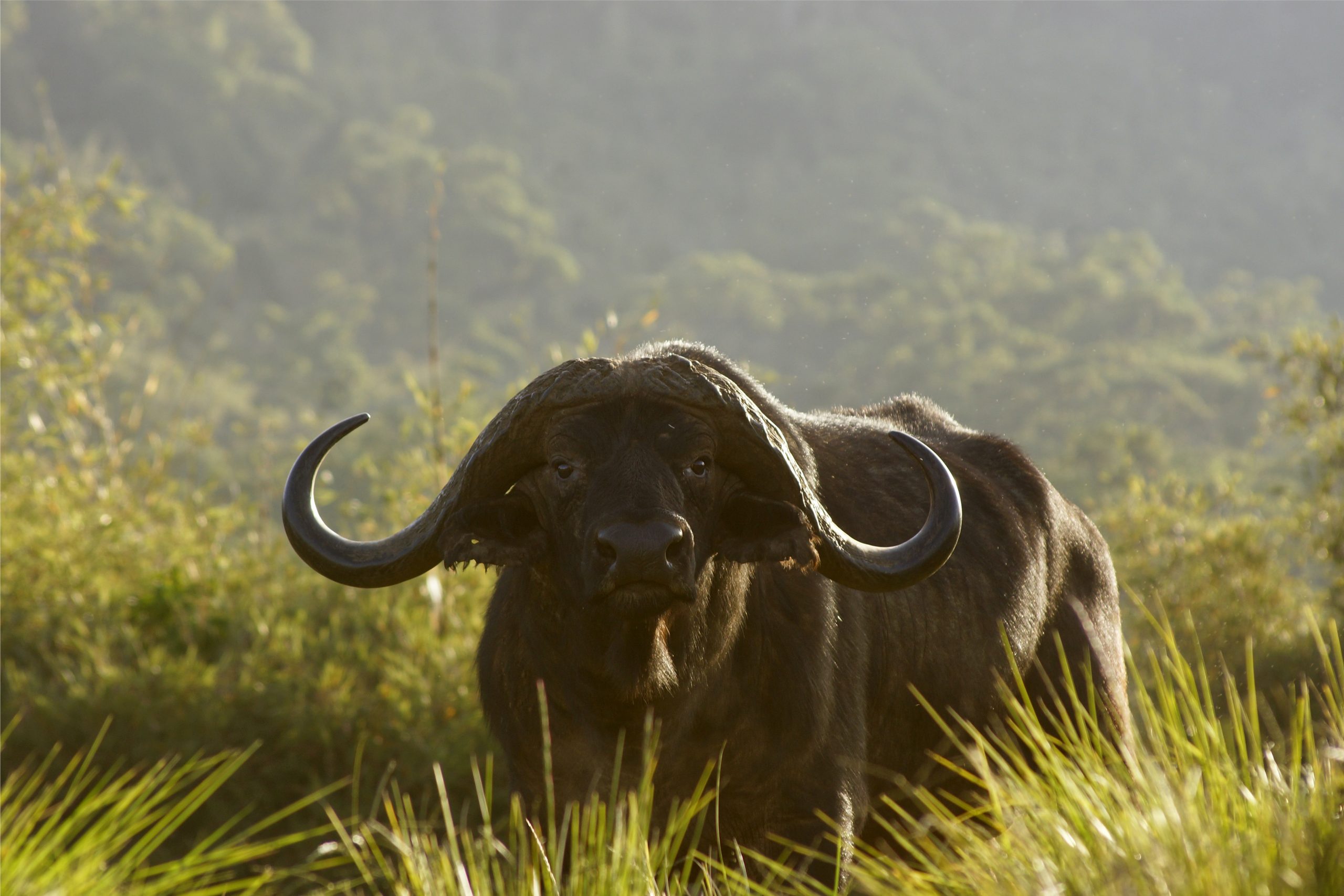 Legs churning, hooves drumming on hard, fire-scorched earth. The big, black body floated, seemingly motionless, but closing fast. When he rose from his bed there’d been no time to ask how much money we owed. Collection was now.

We’d crossed a sand river and gone into tall, yellow grass on the far side. The grass quickly opened to a hard-baked burn. Just to our left, three tall palm trees. A lone buffalo bull had bedded in their shade, black in black shadow, unexpected and invisible. He rose as we exited the grass, no curiosity, no you-owe-me stare. Turning to us as he gained his feet, the bull tossed his head once and accelerated into a full-out charge, launched from just 25 yards.

No one has seen a lot of buffalo charges. No one wants to. Add thick brush, angles, and surprise; bad things can happen. On the last element, this bull had us; we were hunting buffalo but we weren’t on tracks. We’d just stumbled onto this guy and we’d done nothing to piss him off. Plus side: He was charging straight into us over bare ground. For me, it was a rare opportunity to observe a buffalo charge with clinical dispatch.

You see, I was in little danger … at the moment. It was Chad Allen’s buffalo hunt, guided by Zimbabwe PH Mike Payne, competent and cool. We’d come through the long grass in single file, tracker in front, then Mike, then Chad, then me, with Francois Rudman behind me, also along for the ride. Francois and I carried slung rifles, no space or time to employ them.

Mike’s tracker exited stage right, good move. Francois and I faded left to get clear. Instinctive but ineffectual. This was gonna be over before either of us could get involved. Moving aside did give us a better view!

The bull came with his head up, neck straight, midday sun gleaming on double-barreled muzzle and polished horn. We didn’t know what we owed him, but he was deadly serious and magnificent.

At the end he would have dropped his head to hook or smash … if he got close enough. Fortunately for us, the bull was charging into two double .470s. Acceleration ate a few yards. Side-stepping and bringing rifles up cost a few more, but I doubt the buffalo had reached the halfway point when Mike Payne said, very calmly and clearly: “Take him, Chad, take him now!”

An unprovoked charge from a buffalo is almost unheard of. Turns out this bull had a near-miss with a lion, raked deep on hindquarters and underbelly, penis sheath badly torn, wounds infected and stinking. He would have tried to kill anything that approached, and there we were!