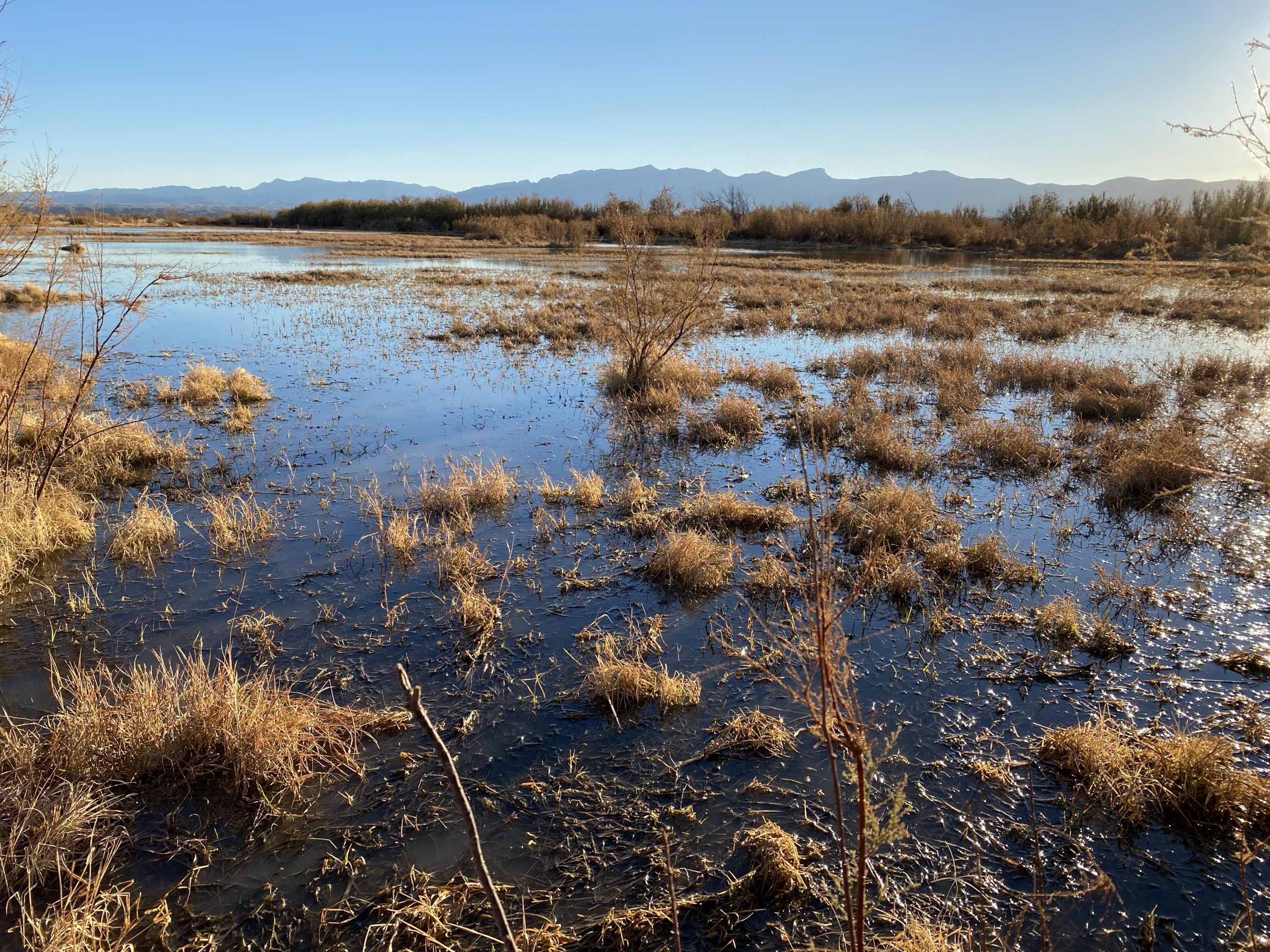 Normally, when people think about duck-hunting in Texas, they think of Galveston or East Texas. However, a small group of water-fowlers are chasing birds at a location most people would never guess: the U.S./Mexico Border.

While the mention of El Paso tends to conjure images of walls, fences, immigrants, and Border Patrol Agents, local hunters see the flooded banks of the Rio Grande as a duck-hunting experience as unique as they come.

The calf-deep water brings with it prime habitat for birds rarely seen far north of the border including cinnamon teal and Mexican ducks (they’re real, look them up). Diversity in the skies provides hunters with the chance to bag multiple species– not only in the same day, but in the same flight– all while demanding shooting skill and the ability to change tactics on the fly. A dozen decoys, a small blind, a call or two, and a few boxes of shells is all that’s required to have a fun, low-pressure hunt with the promise of bringing home birds.

Setting up a blind in this area, as you might imagine, requires a bit more thought than just cover, sun glare, and wind. Oftentimes, sets are a short 15-20 yards away from the Mexican Border. It’s extremely restricted to set up on the opposite bank which makes the shooting more like a driven European hunt than a traditional waterfowl set up. Birds come screaming over the trees and dive quickly into the decoys calling for quick, reactive shooting that tests hunters’ patience and attentiveness. After a few explosive minutes at first light with flights buzzing a set every few seconds, the birds begin to slow and allow shooters a second to breathe (and to grab the second box of shells they didn’t think they’d need).

One of the most unique parts of this hunt is not the number of ducks flying (there are plenty), but the true adventure it takes to get to the area. The drive entails exiting a Border Patrol access gate in between El Paso and Ciudad Juarez, driving 30-40 miles in between the river and the wall (often times pulling over to let Border Patrol Agents speed by).

Footprints, rope ladders, dropped survival equipment, and the occasional set of eyes from across the bank in Mexico are just a few reminders of where these ducks are coming from, and of the potential danger that could come running out of the brush at any moment. Past the wall is indeed one of North America’s most dynamic and dangerous areas, but well worth it for those willing to take the risk for a morning of fast-paced hunting not found anywhere else in the country.

This article was written by James Manni: James was born in South Kingston, Rhode Island where he grew up hunting primarily Whitetail deer, but was always willing to chase anything in season. After graduating from the United States Military Academy in 2018, he commissioned in the US Army as a Field Artillery Officer. He currently resides in El Paso, Texas with his fiancée Katrine and dog, Meera. When he is not at work he can be found finding something to hunt in the desert or planning his next hunting trip. *James’ opinions do not reflect those of the DOD or the United States Army*