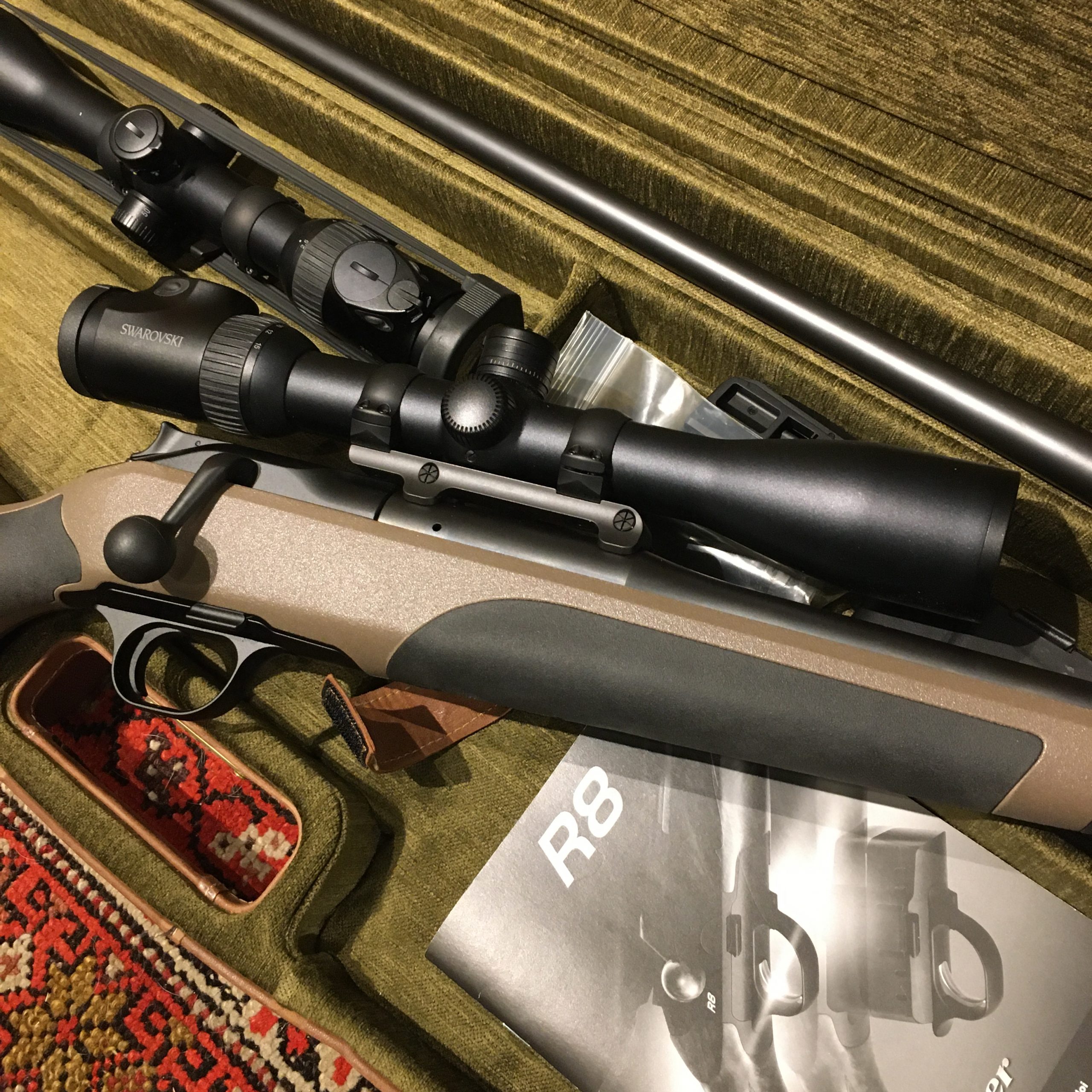 Working the straight-pull bolt on a Blaser R8 hunting rifle is like using your left hand: awkward at first, but it’s great once you get the hang of it. Similarly, the Blaser’s straight-back bolt-throw is far quicker and more reliable than lifting a turn-bolt handle up, pulling it to the rear, pushing it forward until it stops, then palming it down.

Additionally, the German-made rifle features easily interchangeable barrels in a vast array of calibers that fall into Short, Regular and Magnum categories. The bolt head is also interchangeable, so you can run any of the belted magnum cartridges as well as standard cartridges by swapping out the bolt head along with a different caliber barrel. I ordered two magnum calibers for mine, 6.5-284 Norma and .300 Wby.

Another really outstanding feature is the Blaser scope mount. Talk about clean! Once zeroed, just leave the scope alone and switch calibers at will, without loss of zero. Waidemannsheil to that!

The trigger is … sonofabitch, I need a dictionary! The Blaser trigger is “desmodromic.”  If you know what that means, you’re a better man than me, Gunga Din. Mr. Webster says, “A desmodromic valve is a reciprocating engine poppet valve that is positively closed by a cam and leverage system, rather than by a more conventional spring.” Translation: There’s no spring; the trigger is cam-activated. Blaser argues this is both safer and more reliable (a spring can get stuck from ice or gunk).

I very much like a take-down rifle because it can fit in a suit-case-size Pelican, not a gun case that screams “Steal Me!” at every airport. Blaser’s R8 is by far the best, most versatile take-down rifle out there, period.

Blaser trumpets their safety as the best in the business because pressing the large, well-shaped, tang-mounted safety cocks the striker (firing pin). Pushing forward still further returns the cocker to the safe, or uncocked, position. In essence, the gun cannot fire until this lever is pushed forward, so even with a round chambered the rifle is absolutely safe. However, cocking the rifle with this “thumb safety,” requires more pressure than shooters are accustomed to because they are pushing a spring and not a simple sear. For someone accustomed to merely flicking a three- or two-position safety, it feels odd at first, like, well, you know … with your left hand.

But once you get used to it, you can safely carry around your rifle–with a round chambered–yet fire quickly with just a flick of a rather stiff safety. You live, your quarry dies, and that’s what I call … a happy ending.