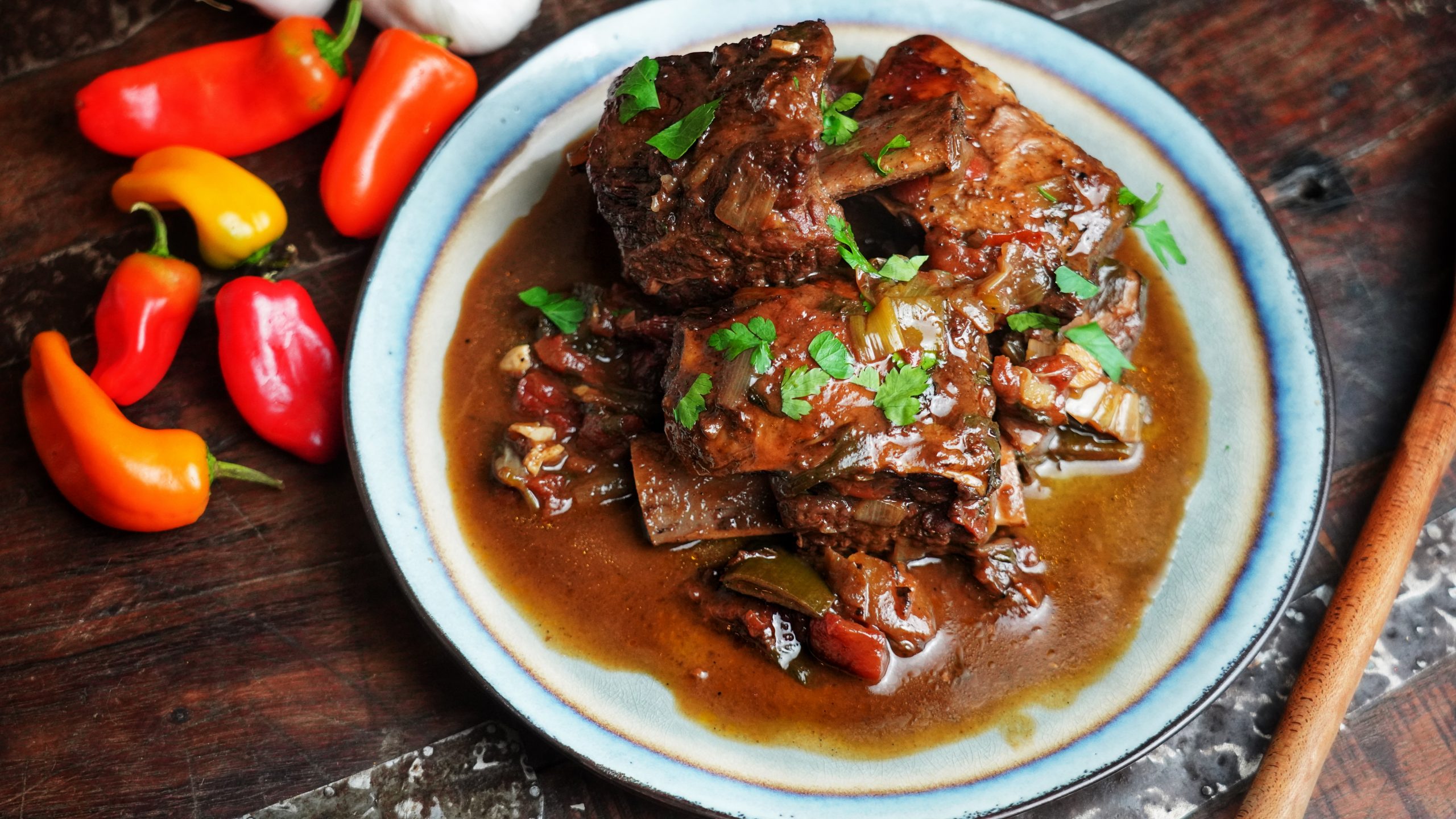 Short ribs are easily one of my favorite cuts of meat, and while most people immediately think of beef short ribs, my default is bison.

A tougher cut, short ribs lend themselves perfectly to “low and slow” cooking techniques, and the traditional braised short rib is always a favorite. Often done with either an Italian or barbecue flare, I opted for something a little less traditional.

I have always been a fan of Caribbean recipes that are slow cooked and braised. This is a play on something I started long ago, but never knew a recipe for…I remember plenty of garlic, a bit of heat…and I’m sure there was rum in it because it imparted a richness that stuck with me that I never forgot.

The following recipe has a salty, sweet richness that goes well over rice, pasta or potatoes that will help round out that home-cooked, comfort food feeling we all love.

Try springing it up a bit with hot peppers. Explore, experiment and make the recipe your own. Just don’t forget the rum.