Beretta in the Big Apple 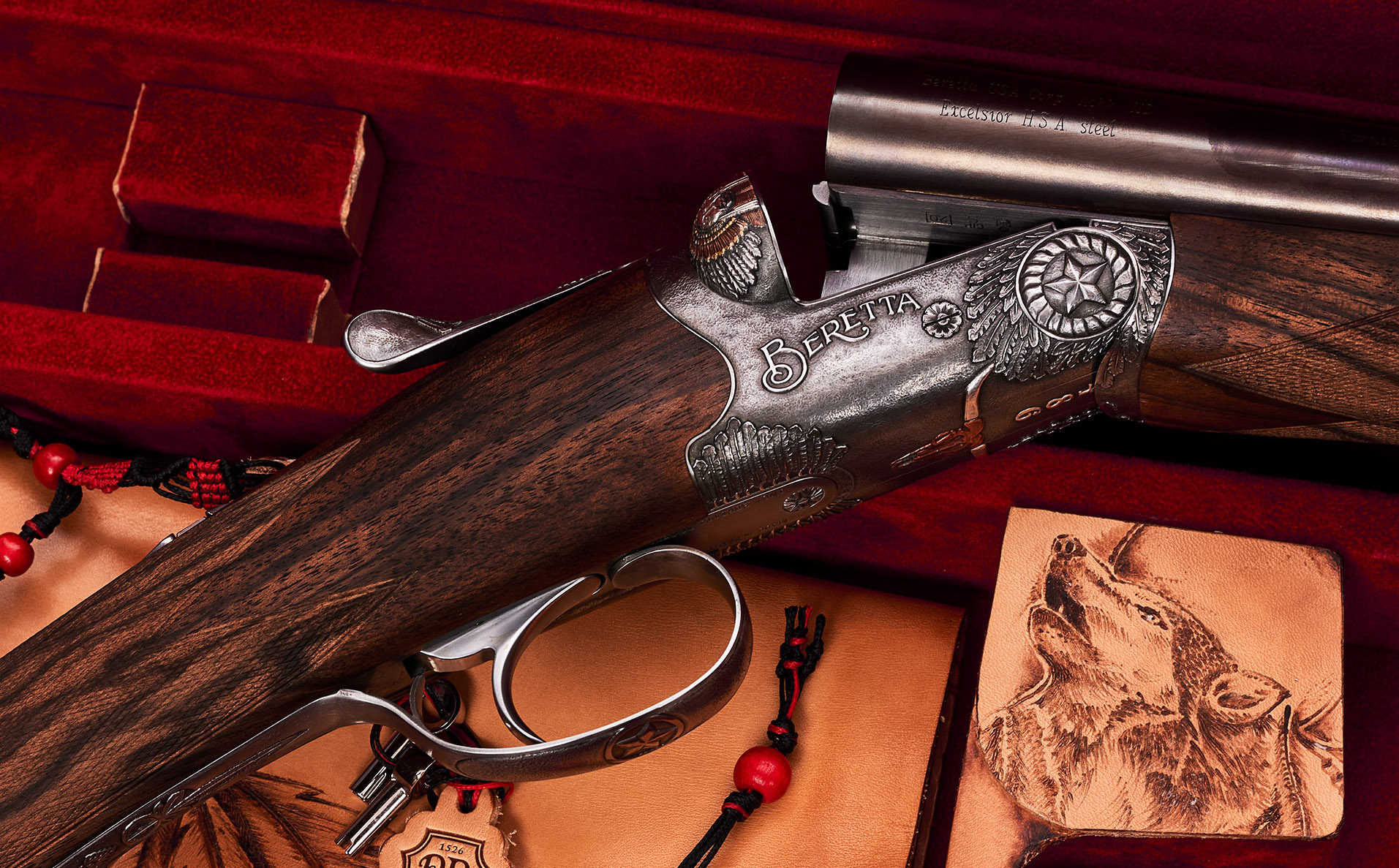 The best thing about New York City is that it’s full of surprises.

Imagine walking down Madison Avenue in the city’s aristocratic Upper East Side; your wife has wandered off to K.O. the credit card at Gucci, and you notice a curious townhouse with a tastefully discrete Beretta logo above its door. Inside, an attendant gives a wink and guides you upstairs to find one of the most impressive collections of shotguns and rifles in the metropolitan world.

Welcome to Beretta Gallery, one of the last remaining gun stores in The Big Apple.

You may think Manhattan and gun stores don’t go together, and to a large extent you’re right. In an attempt to curb crime in the city that never sleeps, local politicians have imposed some of the most draconian gun control laws in the country. Beretta Gallery hides in plain sight, because New York law mandates stores can’t show guns in the front window.

On a Spring day I visited the gallery, meeting with Travis Haglin, Director of Beretta’s Premium Business Unit, and Ian Harrison, Director of Premium Gun Sales, who helped explain what makes the Italian brand special and why the establishment continues to thrive in an anti-gun city. Mainly it’s because Beretta has a mystique that sets it apart from other firearm manufacturers.

The night before my meeting I found myself standing outside SoHo’s Butterfly nightclub talking to the archetypal effete Frenchman. With an icy glance between drags of a Marlboro Light he asked me what I was in town for. When I told him, the black-clad vampire of a man let the cool guy persona slip: I know Beretta, he insisted.

Nearing its 500th birthday, Beretta is twice as old as the United States. The company began by making cannons for the Doges of Venice, quickly gaining a reputation for accurate barrels that rarely cracked. Travis tells me there’s a theory Columbus had a Beretta on board when he set out for The New World.

Today they make some of the most badass military hardware, great–although probably underrated–handguns, as well as high-end rifles as featured in the gallery. Beretta is still headquartered in its original location, Gardone Val Trompia, which sits a couple hours north of Venice. Most guns sold in the United States are manufactured in Tennessee.

The gallery focuses on the premium product range, where shotguns can sell for $200,000. While with the right permit you can pick up an off the rack piece, the real magic is in a custom build.

“The idea is that you eventually get to a point when you lift that gun and it comes up to the same spot every single time because it’s built specifically for you. Most American hunters are used to fitting themselves to a gun, not the other way around.”

Beyond bespoke stocks, the guns have a variety of customization options. Beretta is known for its engraving, done by craftsmen who only work in the natural light of the Italian countryside. The artisans, many from multiple generations of engravers, ply this delicate yet permanent trade which can most accurately be compared to tattooing. Fuckups are costly, and so the men who do them are supremely skilled artisans.

There’s almost no end to the customization options, but a popular choice is a portrait of your hunting dog. Former president George W. Bush even has an engraving of his lap dog Barney. The company can also do enamel if you prefer a bit of color in your creation.

All of this is rooted in the European hunting tradition, where it’s more a way for the leisure class to pass time than a means of survival. In Europe, particularly England, there’s no public land for the average Joe to enjoy hunting. Another reason to love America.

Talking about their customer base, Travis says, “We have the guy that comes in here from the city. He’s gotten a private invitation to go over to England to hunt red grouse on the Moors of Scotland. It’s a bucket list dream.”

(Turns out, plenty of these guys work in finance and tech. A big outdoor day typically involves a stroll through Central Park.)

The European aesthetic and lifestyle inspires the clothing. At an English country estate, or a Belgian Chateau, how you look is almost as important as how well you shoot. Visitors should make an effort to respect the traditions and visual identity of this outdoor culture.  To put it more bluntly, Americans, normally clad in camo and topped with high-vis orange straight from Bass Pro, seek out the gallery so they don’t look like yokels.

Then there’s after the hunt. Travis says, “The guy’s gonna sit down, you know, in a club chair, have a little whiskey and a cigar. Talk about what they pursued that day.” Staying in five star hotels and castles they want “casual but elegant apparel.”

In 2021 Beretta Holdings acquired the famed London gunmaking firm Holland and Holland to go with many other brands it owns, including Saka, Tikka, Benelli, Steiner and more.

And this helps us circle back to the town house, which sits among high-end fashion brands and jewelers. It’s easy to write the Beretta Gallery off as another shiny distraction for the Cruel Intentions crowd.

Jumping to that conclusion, however, would be a mistake.

The Beretta Gallery caters to serious hunters, many of whom just happen to have a few extra zeros in their bank accounts. If you want a carbon-fiber rifle and Gore-Tex outfit they will accommodate you, but if you’re there try on a cashmere shooting jacket and a sidelock double. And who knows, you might even impress your wife when she sees the bill.