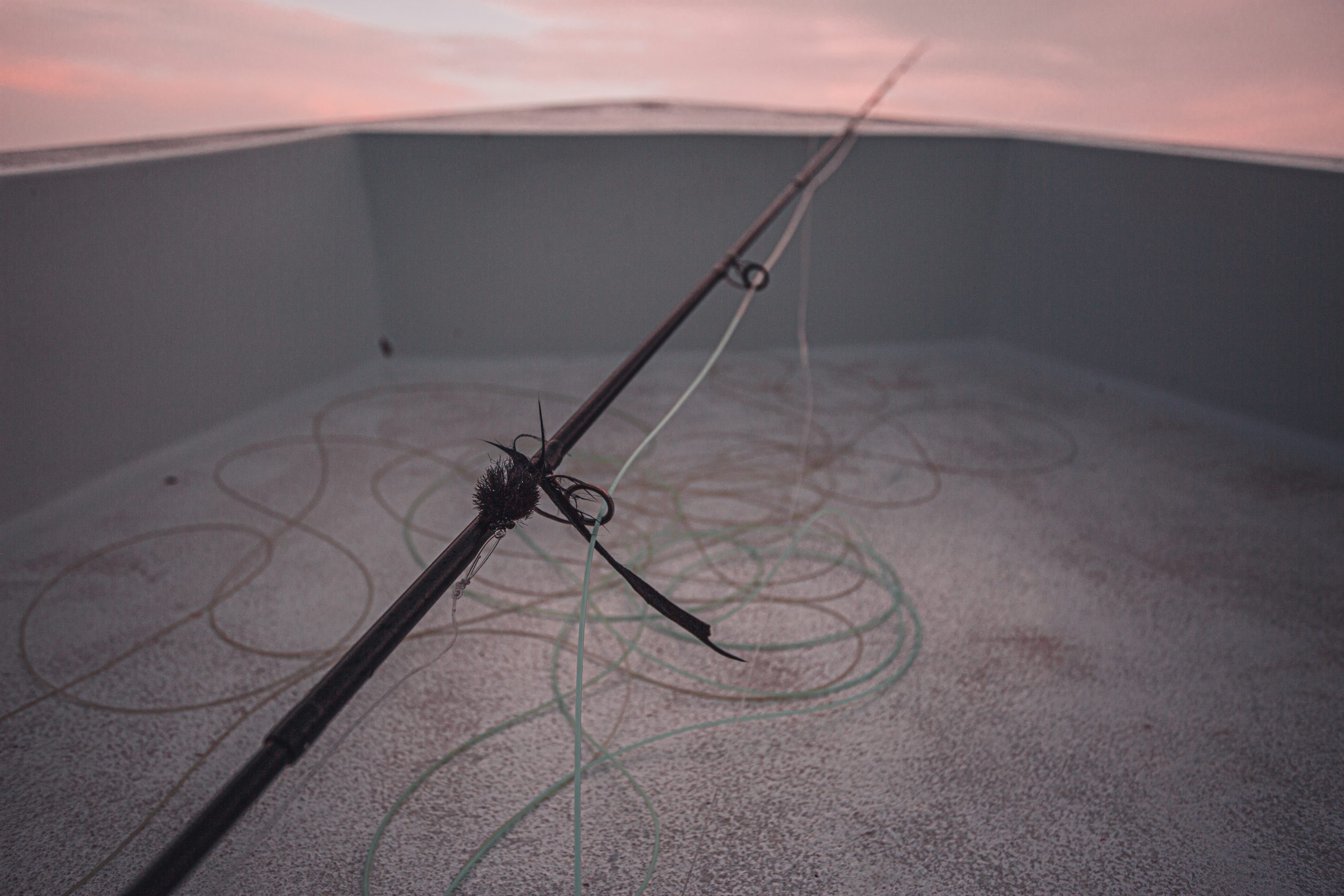 Winds pushed 40 knots, and just south an aggressive storm line was turning the Belizean sky charcoal. I held a 10-weight in one hand, a home-tied black tarpon toad in the other. Cesar paced, checking the bilge pump. Feeling cocky, I stepped up onto the narrow lip along the bow, trying to leverage a few extra inches of height.

A sweeping wave breached sideways, threatening to swamp the boat and, with all the grace of the drunk Texans at the bar last night, I wiped out. My right hand shot up, trying to spare the rod from breakage–an instinct honed by carrying cameras in water for more than a decade. I hit the lip of the hull, then the deck, only to be greeted by another wave to the face.

Thoroughly soaked, I assessed. Rod: intact. Me: nothing broken. Cesar yelled from the back. He hadn’t seen me fall, but had spotted tarpon coming up along the turtle grass. I pushed up, feet braced wide, and readied to cast.

It was my first day off as my job as a lodge fishing director in nearly two weeks, and it was time to fish. Luckily, seasoned guide/friend Cesar knew my modus operandi and agreed to go out in weather we’d not send guests into. One thing they don’t tell you about working at fishing lodges before you sign up: There’s a lot less fishing and a lot more dealing with clients. It had been a hell week at the lodge–what could go wrong, had gone wrong–and I needed time on the water. And so here we were, staked out on white sand flats in the middle of a gale, watching tarpon approach from the gloom.

And they kept coming. My hip was bleeding into my shorts. I didn’t care. Finally, there were fish. I cast; missed by five feet to the left. Cast again. Bingo! The lead tarpon turned, following the fly. Swung. Missed. Swiped again and connected.

And she was off.

If you’ve never tried to drive a skiff while holding onto an 80-lb. tarpon on a fly rod in the middle of a gale, you’ve not fully lived. While Cesar tried to dig the anchor from the mud, I buried the butt of the rod on my hip and, at the boss’s instruction, nudged the panga forward enough for him to free the anchor. Then we were off chasing her.

Forty-five minutes in, Cesar and I were both laughing at the stupidity of it; I’d never send guests out on a day like this. The fish was nearly to the leader, the wind now pushing 40 knots, and we were both soaked and sweaty. Ready to get the fish in and crack a Belikin.

The tarpon took off for another run and then, without warning, the line went slack. I reeled frantically hoping she’d merely turned. Nothing. The boat grew silent as I reeled in the fly. The hook had snapped right off at the shank. There was nothing we could have done.

I dropped down on the cooler, staring at the fly. Handed it up to Cesar, who eyed it flatly. We looked at each other. Didn’t say anything. It fit with the shitshow of a week we’d had.

By the time we returned to the lodge, the purple-black bruise running from my ribs, over my hip, and down the outside of my thigh matched the storm clouds overhead. Over the next few days, I’d be offered all manner of Belizean remedies to clear it up. The kitchen staff recommended a warm vinegar soak. The head groundskeeper brought a fresh coconut and said the water would help. One randy guest offered a massage.

My remedy? I went wade fishing on the flats near the lodge, figuring saltwater’s a cure for anything in life.