Friendship in France, The Field & Feathers 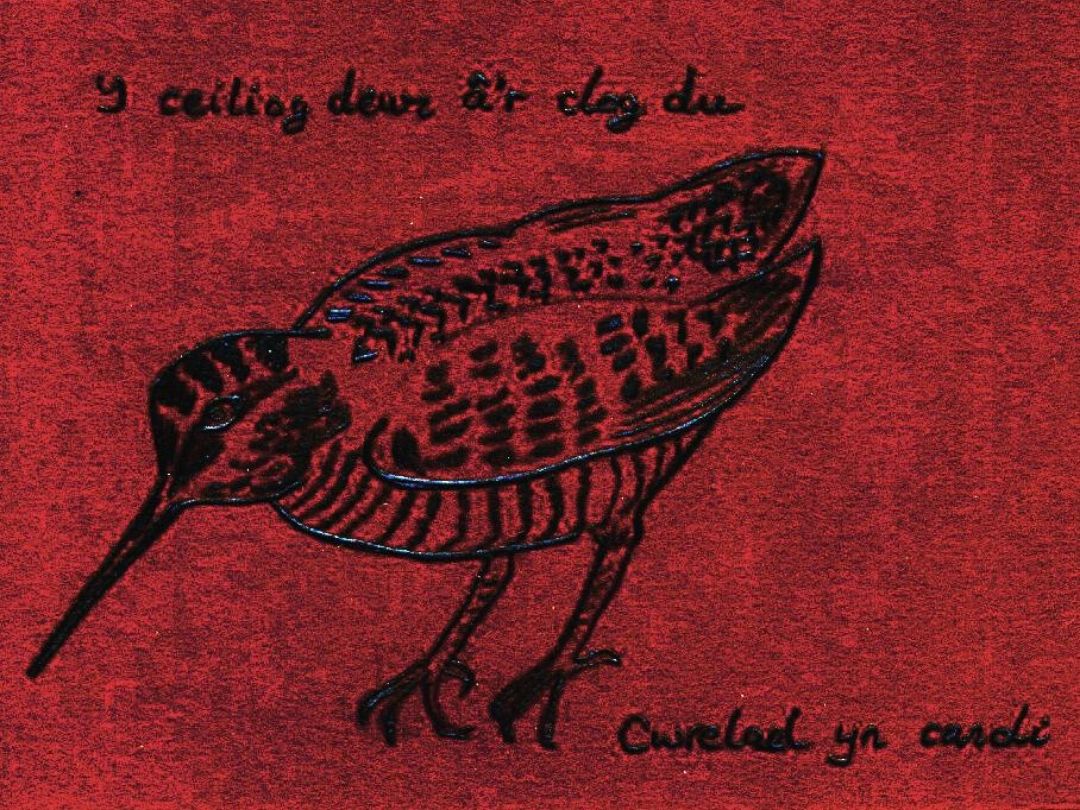 How a connection on Instagram led to Woodcock hunting in France.

Relaxing in my hotel room one December evening whilst on a tour of Brittany for work with a colleague, I was flicking through my Instagram feed when a video caught my eye. It was a great little go pro film of a woodcock hunt using English setters. I followed the video to Neson’s page where I found myself immersed in the imagery of what can only be described as an extremely passionate hunter. After liking more than a few of his photos and videos I got a message in French thanking me for my likes and we quickly struck up a conversation. It turned out that Nelson lived only about an hour away from where we were staying. Me being me, it didn’t take long for me to set up a meeting for an after-work beer the following evening.

The next evening, my buddy Geoffrey and I met Nelson for drinks. We all hit it off immediately as we share the same passion and love for hunting and nature in all its various forms. Nelson eventually invited us back to his house for dinner and to meet his family -to which we of course agreed. It was during that evening that a bond of friendship was formed between fellow hunters. The evening ended with another invitation that could not be refused…the opportunity to go on my very first woodcock hunt in France the following Monday.

A five hour trip back to Angouleme at the end of a long week left me time to reflect upon what to take with me for this rather particular hunt. I had all weekend to think about kit and weather and all the things us hunters love obsessing over. I woke up early Sunday morning in order to prepare my kit, and despite Nelson’s advice, I still managed to pack for every eventuality…because, well, you never know, it is Brittany after all.

Nelson had kindly offered to lodge us for the eve of the hunt so that we could have an early start the next morning so, with the kit shoved in the back of the car, I headed up the motorway another for an evening with Geoffrey, Nelson and his family.

A bit like a kid on Christmas eve I still get excited before a hunt so I only managed a couple of hours sleep before waking up at six in the morning. Getting dressed in my mixed leather breeks, long woolen socks, shirt and jumper I quietly made my way downstairs. Geoffrey and Nelson were already up and about in the kitchen and there was some freshly brewed and much needed coffee on the sideboard.

Stepping outside we started to load up Nelson’s old Range Rover as he trotted off to his kennels where he has a number of English setters. He came back with the rest of his woodcock hunting dream team -Gold, Max and Mary who all jumped into the back of the car yipping excitedly. To the forest we went.

The forest of Loudeac is an ancient hunting area covering over 2500 hectares. It was once part of the forest of Brocéliande, which is considered to be part of the Arthurian legends. Nelson is the president of a hunting group which has the rights on several hundred hectares of this communal forest where we found ourselves. Nelson decided that he would run his dogs and film, leaving the shooting to Geoffrey and I.

The rain that had been hammering Europe the few weeks prior did not spare France and Nelson made it clear that we would be going through a fair bit of water during our hunt so I pulled on my wellington boots and donned my orange fleece waistcoat as we prepared for the day. I grabbed the 20 bore Chapuis side by side kindly lent to me by Geoffrey and we struck out into the forest with the dogs trotting around us.

The going was easy to start with though I was surprised at the pace with which we were moving. It was not at all what I had envisioned. I’d expected to be slowly picking our way through the undergrowth while gently advancing on our prey but we were moving fast.

The quiet of the forest was broken by the sudden beeping from one of the dog’s collars which meant only one thing -one of them was pointing. Gold was onto something and his every muscle was tense in furious concentration. The two other dogs quickly joined him and began to point as we rushed over to get into position. Geoffrey was to my left with his .410 picking his way through the undergrowth as fast as he could, but between the dogs a woodcock blasted out of its cover. It was too far for a shot.

After a short but challenging hike Gold stopped in his tracks once again, not far from Geoffrey.

A short bark to my left made me turn. The sound was quickly followed by the explosion of a shot. Geoffrey was grinning from ear to ear as he proudly showed off the first woodcock of the day.

Needle in a haystack…

After another hour and a few more false marks, I was following up behind Geoffrey and Nelson when a woodcock rose mere steps from me. I shouted in surprise as it leaped up and away behind me. I turned, raised my gun to my shoulder and managed to let off a shot just before it disappeared behind a tree. I was rewarded with a cloud of feathers indicating that my shot hit home. The Chapuis shotgun pointed wonderfully.

End of a great day…

All of us were worn out after trekking over 17km through the forest so we were happy to eventually pile into the car. The dogs seemed particularly happy as they’d been running rings around us all day.

The drive back to Nelson’s home was filled with discussions concerning the day’s hunt, our thoughts on the method of hunting, the performance of the dogs and, of course, the quality of the shots taken.

The day itself was had been perfect. Most of all, it had been informative. This hunt opened my eyes and spirit to another person’s way of hunting. It gave me a glimpse into the ethos and culture surrounding bird hunting in France.

French hunters revere the woodcock. The passion that men like Nelson have for pursuing these most regal of game birds fills me with great respect. It leaves me with little doubt that the French live and breathe the spirit of hunting. We need more people like Nelson who share their passion with others and are willing to educate the hunting community abroad. I truly look forward to sharing the forest with him again soon and perhaps I can one day repay the favor by taking him on a roe deer hunt.

The Woodcock by Giles Watson