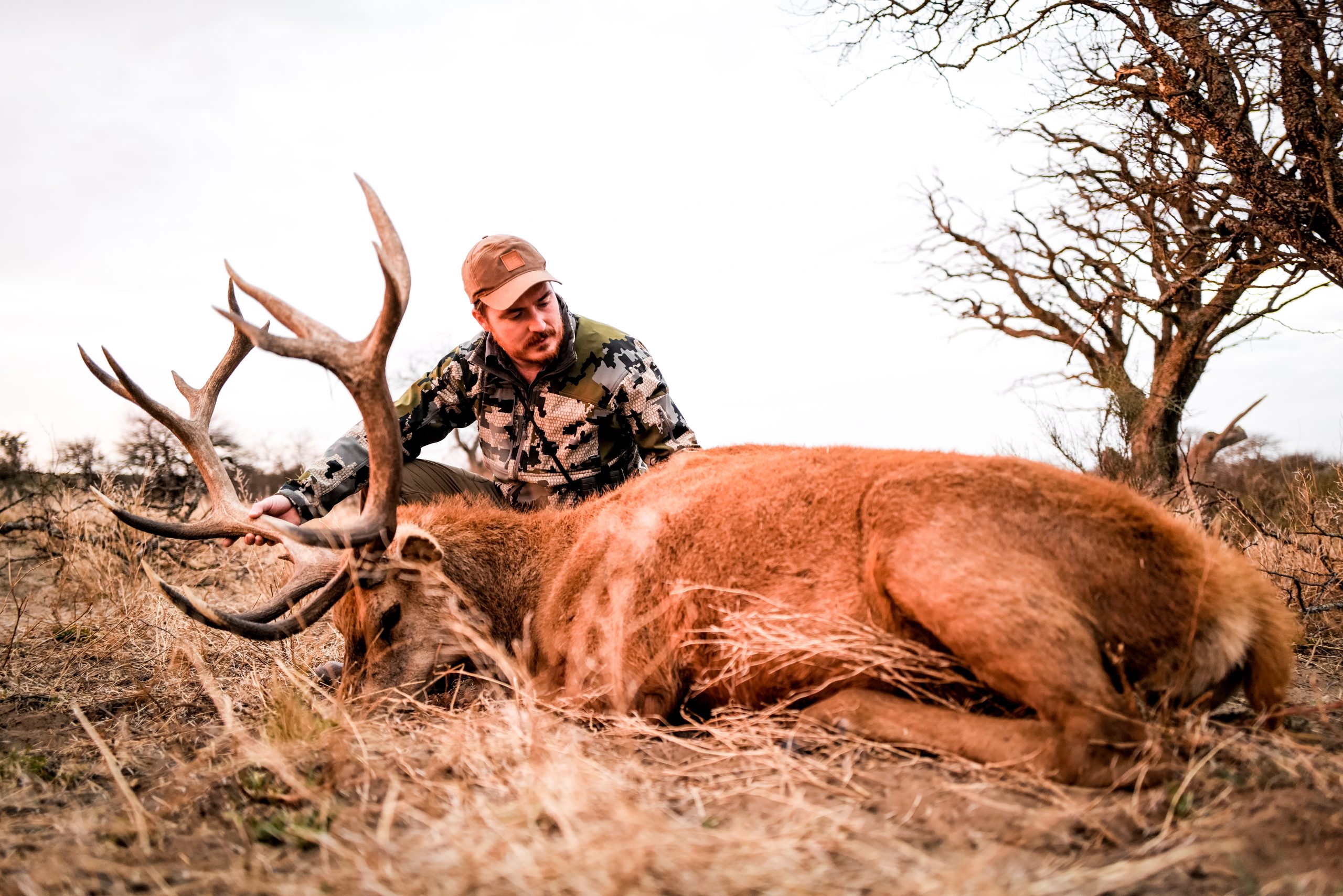 It’s still the first day of our hunt in Argentina, but things have turned slow in stark contrast to this morning.  We sent an old water buffalo back to his ancestors in the middle of a swirling dust storm that had blocked out most of the light on the salt pan.  The resulting adrenaline dump was treated with the medically correct process of lunch beers and ribeye steaks.

Our hands steady once more, we set out in search of the red stag that our guides assure us will be difficult to find so late in the season and after the rutting period known as the “roar.”  If luck is whatever you call narrowly avoiding the sky marshal’s wrath on an international Delta flight for the second time, then luck is what we have in spades.  Our confidence is running high and I can’t help but feel pretty good after emerging unscathed from my first dangerous game hunt.

Several hours of driving, glassing, and walking later- our elation has waned.  Every part of the hunt is fun to those that chase glory rather than trophies, but we may have set the bar too high on this chilly day in the Argentina Calden forest that looks so much like Africa or Texas or Australia.  It just depends who you ask.

We’ve encountered this before, and know very well that a stagnant hunt is an ancient problem that requires a primeval solution.  An opportunity presents itself when we arrive at a skinny stretch of thicket where the guides indicate that we may see a sheep with four horns.  I ask for clarification in my school boy Spanish, and the guide reiterates while holding up four fingers around his head in pantomime of the beast.

“Quatro.”  Yeah, that’s what I thought you said.

I’ve never seen such a sheep, but my hunting partner, Jason, points out that they’re mentioned early on in the bible.  Whether or not that’s true, I recall some of our group discussing the sheep’s unique nickname earlier.  Due to it’s unfortunately ostentatious horn configuration, they’re often given the moniker of “Satan Sheep.”

So we stalk down through the trees, which turn out to be a far more complicated maze of thorns than anticipated, and spot a pair of these demonic yet fluffy looking creatures grazing just outside of the tree line seemingly unaware of the ramifications that we had anthropomorphized onto them.  We ask the hunting gods to accept the blood sacrifice that we are about to make and send a 165 grain prayer down range towards evil.

We walk up to discover that the satan sheep had died where it stood; a look of total surprise frozen on his face.  Fate can be that way if you don’t watch out.

Shortly thereafter, we are bouncing along in the Hilux while I contemplate the reasoning and life choices that led to what we just did.  Despite my misgivings, our spirits had risen since the sheep hunt in contrast to the sun that had begun setting.  It’s all fun and cigarettes out there until it’s time to go back to the lodge.  No matter.  We can’t help but feel that in our own little messed up and misguided way, we did our part to contribute to the triumph of good.

Our quiet self delusion is violently interrupted when the driver stands on the brakes of the Hilux, skidding us to stop on the sandy track.  He points up to the top of the hill and exclaims something sharply that I assume to be a direct translation of-

“Fucking deer, man!” A phrase I often use myself.

Sure enough, on top of the hill in the fading light sits a giant red stag with his antlers silhouetted in the horizon.  Jason jumps out of the truck and shuts the good book on that old boy.  He and his guide run up the hill and out of sight while I hang back with my guy laughing and high-fiving at our luck.

The radio chirps in rapid fire Spanish and my guide looks at me funny.  He whispers excitedly, but I don’t catch it this time either.

“Another fucking deer?!” I fire back.  Our sacrifice was not made in vain.

I grab my rifle and run after him.