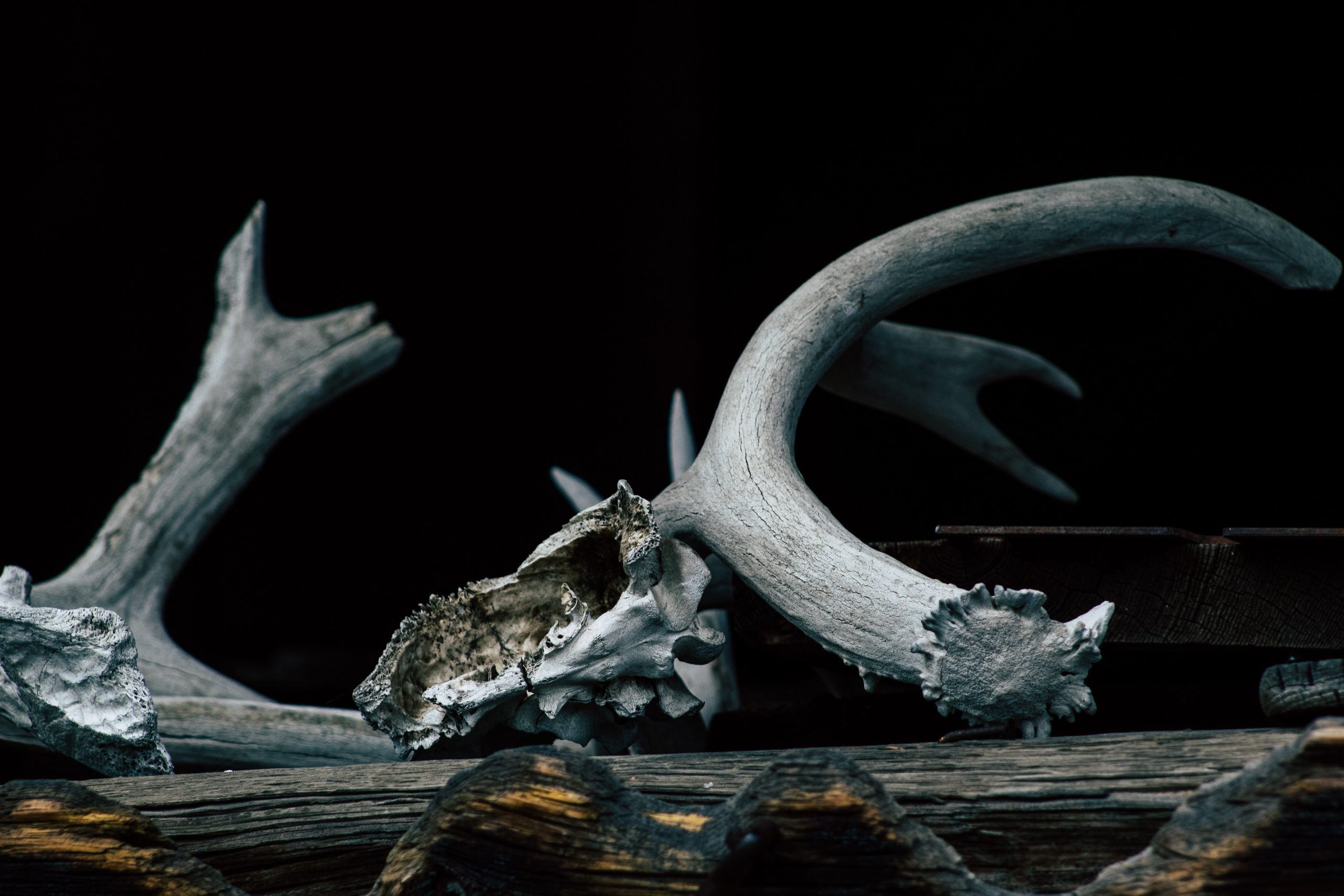 Not far from my childhood home, in a dark canyon, stands a large, vertical, black-rock slab. On it are carvings made a thousand years ago by a member of an ancient pueblo culture. The etchings show a deer and a man holding a bow. Nothing more; no landscape, no trees, just the man, the bow, and the deer. The remarkable thing about the etching (enough to catch my attention even back then) was the unusually large set of antlers.

This image has remained with me, branded into my memory, through all these years. I’ve often wondered: Was this ancestral man as fascinated by large antlers as I am? Or was this just an accident of proportion made by a primitive artist?

I suppose we’ll never know the truth. However, I have suspicions that I (as well as you, my like-minded friends) do know: He liked big bucks too!

The antlers from the deer I have killed and eaten, as well as shed-antlers and dead-heads I’ve found throughout the West, are displayed on just about every wall I own, inside as well as outside. These are the large antlers. The smaller ones, not quite wall material, lie scattered from hither to yon, hanging in trees or stacked in various piles as “landscape features.”

Is it strange that I still keep the antlers from the bucks I killed during my childhood? I haven’t kept much of anything else for that long. So why antlers? What’s the fascination?

It would be interesting to know what a psychiatrist would make of this phenomenon. Normal? Abnormal? Pathological? I think perhaps it’s pathological. When asked what would you pull out of your burning house first? I’m more than just a little embarrassed to say (if there were no people or pets inside) it would be my antlers.

I am certainly not alone in my obsession. Many of you are afflicted as well. So, should we be sent to a shrink or institutionalized? I don’t think so. However, there is some consolation in knowing that if I were sent away, at least there would be some like-minded folks there to swap hunting stories with.

There is something absolutely regal about a mule deer buck sky-lined on a mountaintop above timberline. Much like the petroglyph of my youth, there are no trees in the picture, just deer, antlers, and sky. A monarch looking down on his empire. Crowned with big antlers, makes the picture complete. Small bucks and does just don’t produce the same striking visual.

My first experience with above-timberline deer came while I was attending college at the foot of the Rocky Mountains. My brother and I backpacked a few miles and several thousand vertical feet through black timber foothills to reach the base of towering ridges above. You could either take the forest service trail seven miles, traversing endless switchbacks and seemingly random turns and curves. Or, if you were the adventurous type, you could hike straight up through the trees and deadfalls, then weave between the cliffs to gain the top. We, of course, being young and bold, chose to go straight up. As we made our way, the country became more vertical and the Douglas firs gave way to smaller evergreens, then subalpine scrub, then nothing but grass, alpine tundra, and wildflowers.

Approaching the summit, we jumped a very fine buck. His antlers were wide, heavy, and high. He trotted up the bare hillside. As he reached the summit, he stopped and looked back, a mere 100 yards away. It’s cliche but it’s true: It took my breath away. Something about the sight of that buck, nothing but the blue sky behind him, touched me deeply–something real, something palpable, something primordial.

I can’t explain why this fascination exists, but we know it’s real. I’ve experienced the same absolute rush from near-accidents as well as from bungee jumping off a bridge. It was an immediate, deep-seated thrill. Fortunately, I still get this same feeling when I see a large muley buck sky-lined on a rimrock. I hope I never stop.

Sometimes, even now, when I fall asleep and dream, the vision of the black-rock wall and the petroglyphs I found there finds its way back to me, timeless reminders of the continuity of man’s existence–ancient, crude figures of deer and man and bow.