An Interview with Jack Carr 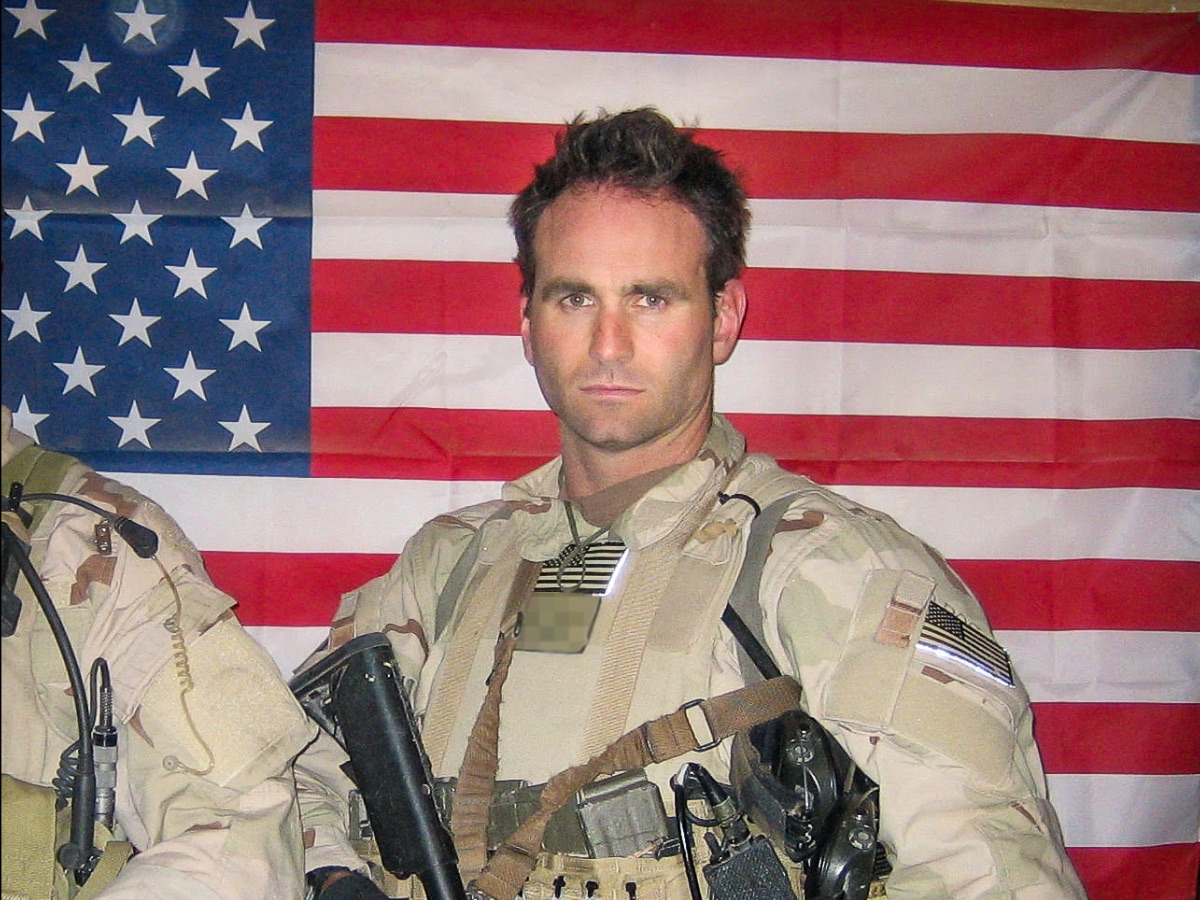 Jack Carr is a former Navy SEAL, avid outdoorsman, and the New York Times bestselling author of The Terminal List, True Believer, and Savage Son. I was lucky enough to talk to Carr about all this and more.

How did you get into hunting?

I was naturally drawn to it from a very early age. Just like serving my country in the military, I was drawn to hunting, to shooting, to learning how to survive in the wilderness.  I was just drawn to things that were primal and I answered that call.  My family didn’t hunt growing up.  We went to the range and we shot but we didn’t hunt. My first real hunt finally happened as a sniper sustainment trip in the SEAL teams in the fall of 2000. And it was up at a place in Washington state…We went up there and got my first deer, and man it was such an amazing experience. And hung it in a tree, you’re slicing off pieces of meat, searing it on the grill, and it was incredible. And we did a couple other sniper sustainment trips over the years, doing some pig hunting in South Carolina and deer hunting on Catalina Island off the coast of California.

My daughter expressed interest [in hunting] as I was getting back from my last deployment. She’s 14 now but she got her first deer at seven. I think she has like 16 deer, two elk, ducks. She went to Africa this last summer with the family. So anyway, we’re [my family] all in.

What does hunting mean to you?

So for me, I love being in the wilderness procuring food for the family but these days it’s being out there with the kids, where they’re learning that self-reliance, they’re learning to be safe with firearms, learning that they’re tools, learning how to field dress these animals and bring them back, treat that meat with respect and then get it in the freezer, and then remember the experience when we take it out and eat it as a family.

Did you read any outdoor literature growing up?

I read Field & Stream and Boy’s Life. So those were the ones that I was like, ‘Oh wow! Look at this. How do I this?’ For me it was always like, how do I do these things that I’m seeing here in these pages.  Growing up my family was more into backpacking and mountaineering, and rock climbing and sailing, and kayaking, and that side of the outdoor space but all of that provided me a solid foundation for traveling in the wilderness.

Hunting is featured prominently in all three of your books. Have you had any problem with non-hunters in regard to your writing?

Not as much as I thought I was going to get. And I don’t know why that is. Maybe because my readership or audience is more geared toward self-reliance. Or they think it’s all fiction. So maybe there’s a difference between writing about hunting in a fictional sense, rather than posting a picture kneeling next to an elk. So maybe there’s a difference in that, but I’m not sure. But I’ve gotten a couple things here and there. But not as much as I thought.

Let’s talk about some things I’ve heard you speak on before, things I take it that are very important to you. The first one is being prepared. What does that mean for you in life, and how do you relate that to hunting as well?

It means something different to everyone, and everyone’s level of comfort, as far as preparedness, is going to be different. Based on where they live, how many family members they have, their past experience, what they envision the future is going to be like. Everybody’s comfort level is going to be different there. So there’s not one answer. For us, it’s just natural to be prepared and it had to be for people for the vast majority of our existence as human beings. Only very recently, as you know, did we not have to be prepared and still be able to survive as a species.

[I think] it’s my responsibility as a citizen, as a father, as a husband. It’s my responsibility to make sure that I am prepared, and my family is prepared to be self-reliant, and to have this foundation of preparedness. So that when something happens, we can allocate bandwidth where it needs to go. To adapt to whatever that changing situation is. Whether it’s a terrorist attack, a stock market crash, a pandemic, or a natural disaster, or some sort of civil disturbance. Or maybe two of those things, three of those things, four of those things.

I’ve also heard you discuss the importance of learning from past mistakes. What does that mean to you?

Oh yeah, hopefully this is what everyone is doing in life. You should always be learning. Not just from your mistakes but [from] other people’s mistakes. And not just their mistakes, but their successes. You can always learn. In the SEAL Teams, I would talk about us being a learning organization. And I think we have to be as individuals, as families, communities as well. We have to be learning organizations so that we can evolve, we can move forward, we can be good examples for our kids. And we can hopefully, with the experiences that we have over time, apply more wisdom to future decisions, going forward.

I mean that’s life. Getting knocked down, getting back up, moving forward, learning from what happened to us. Learning from those experiences and charging forward in a positive way, that has a positive impact on the people around us.

Tell us about how you got into anti-poaching?

Yeah, so it’s always something I was always fascinated with. Especially the tracking side of things, with the Selous Scouts and Grey’s Scouts, and that part of Africa’s history. Really from the mid-’60s up to the early ’90s, all that transition taking place. It’s just always fascinated me. So, when an opportunity popped up to help train up an anti-poaching unit in South Africa, I jumped at the chance.  This unit was specifically focused on protecting some of the last rhino on Earth. I went over there and got to teach this anti-poaching unit a little bit about how to use M4s and Glocks because they were switching over to those weapon systems, and those were ones that I have some significant experience with.

But I definitely learned a ton more from them than they learned from me, that’s for sure. I got to go through a tracking course, and just being out there on the range with them, in the bush with them, cooking up lunches, cooking up dinners, having some drinks. Just getting to talk to them, getting to know them, getting to know their backgrounds. And in this particular case, a lot of them were older. And they had come up tracking animals, hunting animals for food for their families, for their communities. And then they caught the tail end of the Bush Wars. So they took those animal tracking skillsand applied them to man tracking, tactical man tracking.

So not just tracking somebody down but tracking someone down who is intent on killing you. It’s a different deal than just tracking a lost kid in the woods or something. So then those wars came to an end, and now you have this whole group of people coming back from war that are unemployed. And so the government decided, hey why don’t we get some of these guys and bring them into the national police force and train them up as what we would look at as CSI – crime scene investigators. So they took those skills from the bush and started applying them to an urban environment. Really get into the psychology of tracking. They had done that in the bush as well, both with animals and humans. They took that psychology of tracking and applied it to an urban environment.

So now you have these guys with this skill set of being able to track animals, track humans, tactically, then the urban side of the house. Then they kind of aged out of that so private and then some government-sponsored anti-poaching units snatched them up and have given them new jobs focused on protecting these animals in, in my case, in South Africa.  It was fascinating to ask them about those life stories, absolutely incredible. It was such an honor to be there talking with them and training with them. I was able to weave that experience into the pages of both the second and the third novels. It was amazing.

I also went to Mozambique for the second novel. Did some research out there, and that was fascinating as well. Learning about poaching in that area, about the Chinese influence with mining operations, both illegal and illegal. How meat poaching plays into feeding all the people that are working in those mines. It was a fascinating experience.

I know you’re probably short on time but I think we can settle this. The characters in your books seem to enjoy arguing which is better: a Land Rover Defender or Toyota Land Cruiser. Wouldn’t it be best if Land Rover Defenders just had Toyota parts inside them? Because I think Defenders are far better looking than the Toyota but…

I know. I think you may be right. Yeah, I think you may be right on that one. They do look fantastic. It’s tough that it’s just such an iconic look to that Defender 90, Defender 110, and the series one, series two, series three Defenders. Yeah, they look beautiful. But I think part of having them is that they’re going to break down on you. And you’re going to swear, and you’re going to learn how to fix things and all that. I think that’s part of it. I think that’s probably part of the draw for people. But yeah, I have my FJ62 Toyota Land Cruiser in the garage right now. So yeah, big Land Cruiser fan. If we move to a bigger place with a warehouse attached I’ll be growing the Land Cruiser collection and I’ll for sure throw a Defender 110 in there as well. Because, you’re right, they do look so good.

Portions of this interview first ran in Hunter’s Horn, the official publication of the Houston Safari Club Foundation.