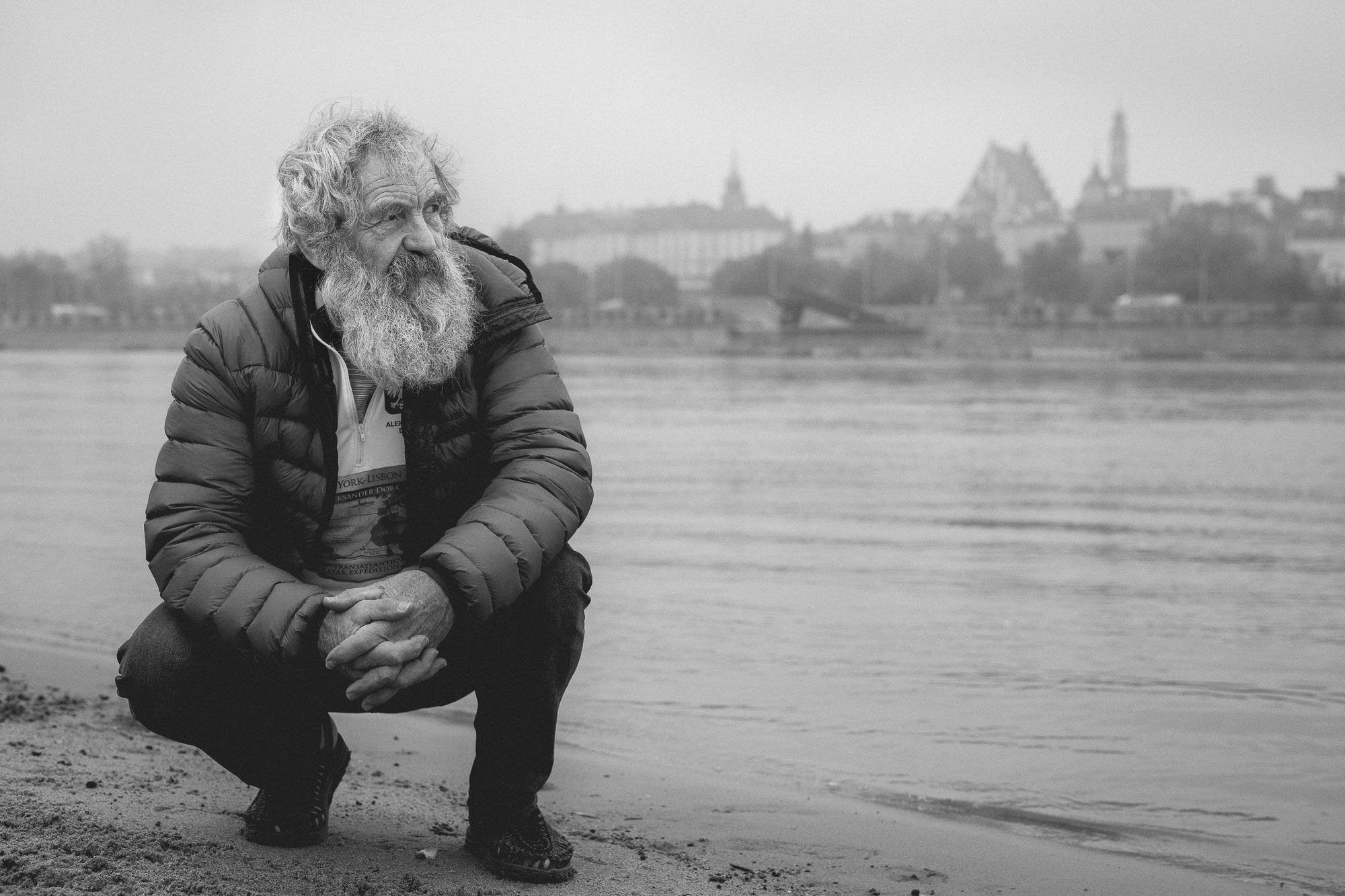 He kayaked across the Atlantic Ocean.

Born in in Swarzedz, Poland on Sept. 9, 1946 Aleksander Ludwik Doba enjoyed a childhood of ice skating and snow skiing. His quest for adventure grew and at age 15 he rode a bicycle crafted from scrap parts all the way across the country. He studied mechanical engineering and graduated from Poznan University of Technology in the 1970’s then took a job at a chemical plant. Shortly thereafter, several co-workers asked him to join their kayaking club. Aleksander did and fell in love with the sport. He spent all his free time kayaking, explored river after river, became the first kayaker to kayak the entire length of the Vistula River, and set the record for the most days paddled by a Polish man in a single year.

They keep records on this in Poland?

In 2010, Aleksander decided to kayak the Atlantic Ocean saying that he had paddled almost everything else.

It was decided for him.

“With my hand on my heart, it wasn’t my idea,” Aleksander recalled to The New York Times Magazine in 2018. “I was infected with a virus.”

The virus-induced journey saw him kayak from Senegal to Brazil. He paddled over 3,300 miles in 99 days, saw his skin break out in a salt water induced rash, almost lost his fingernails to exposure, and had his eyes rage from conjunctivitis. The suffering was worth it however as Aleksander’s journey saw him become the first human to ever cross the Atlantic in a kayak.

Aleksander took a longer route for his second trip across this Atlantic, this time paddling from Lisbon to Florida in 2013. The 7,721-mile journey took 167 days and, again, was a first of its kind expedition.

Aleksander’s third journey across the pond in 2017 saw him become the oldest person to cross the Atlantic by kayak. The 110-day journey saw the 70-year-old subsist on his wife’s plum jam, freeze-dried goulash and porridge, chocolate bars, homemade wine, and the flying fish that landed on his deck which he popped into his mouth while they were alive. This trip was also notable as Aleksander kayaked a good portion of it buck naked given that he found his salt-water drenched clothing far too irritating.

Aleksander completed one of his last goals on February 22 when he reached the summit of Mount Kilimanjaro in Tanzania, Africa. After admiring the view, he sat on a rock to rest then died.