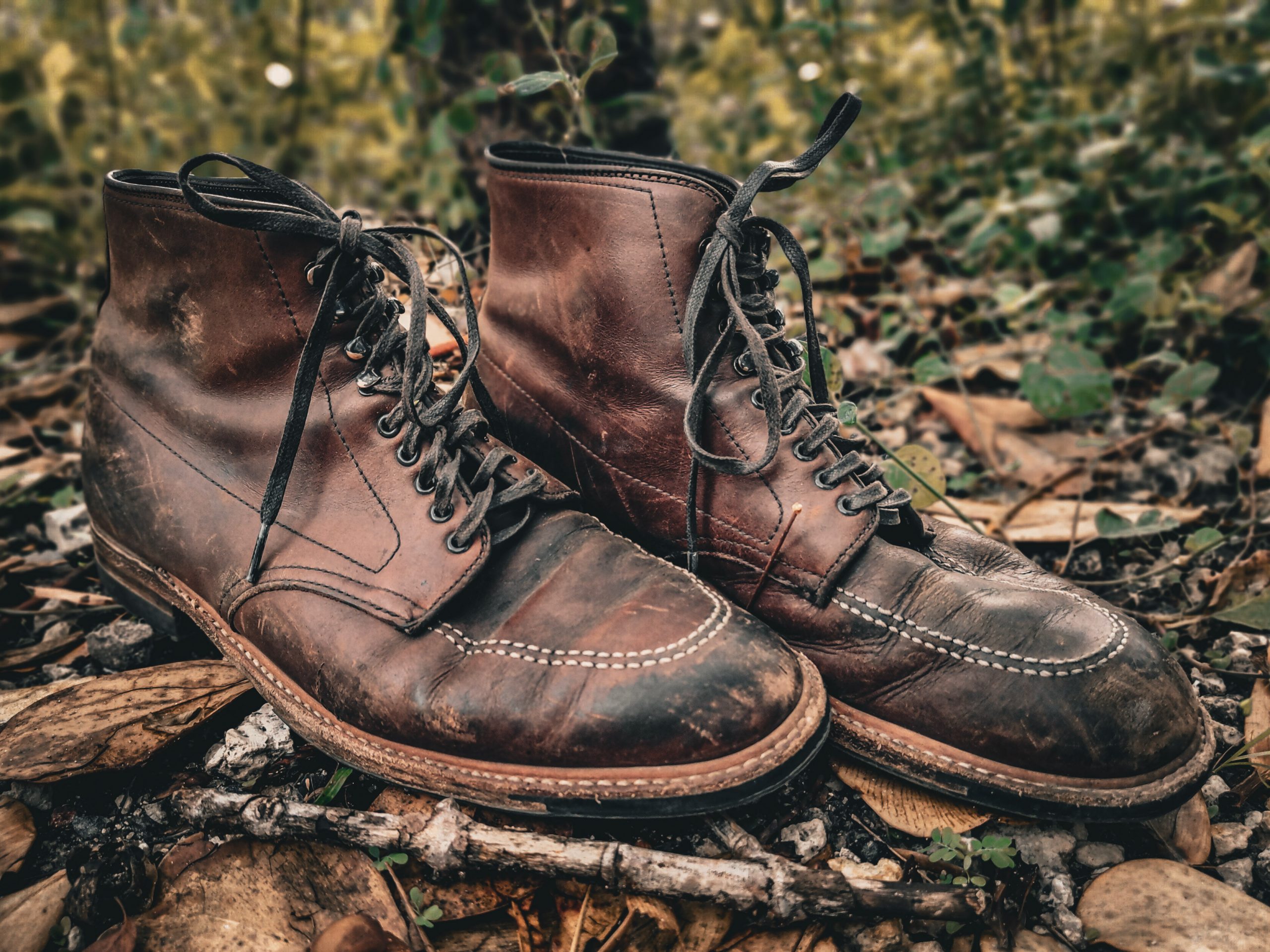 Sometimes, even when it feels stupid, the right decision is to pay up.

Alden 405 boots are just such a purchase. They’re over the top in price, costing more than $600, but the value you get is even greater. It’s hard to find gear that can do it all, and these boots will take you from the shooting range, to your motorcycle, and on to date night. They’ll also work for the office.

The Nazi killing archeologist, behind possibly James Bond, is the ultimate male archetype. With a pistol and whip he vanquishes both human and supernatural foes. His personal style is a master class on how to dress for the outdoors without looking like REI or Bass Pro Shop took a neon dump on you.

Originally the costume designers wanted actor Harrison Ford to wear Red Wings. The actor, who was a carpenter before breaking into Hollywood, had different ideas. He pushed to wear his broken-in Aldens for the role. Even as a working joe, Ford had exceptional taste.

Alden had always called the boots the 405, but when the Fedora-rocking protagonist ran away from rolling boulders and poison blow darts they would be forever known as the Indy.

So, let’s assume you buy my premise that they look cool and have an interesting backstory. This is still Gucci price territory for what are essentially work boots. You have a lot of options out there, from Timberland to Red Wings for significantly less cash. The Indy is clearly not the rational choice for hiking, hunting, or making your house payment.

But again, the rational choice is not always the best one.

These boots are hand-made in New England by Alden, a company with a history dating back to 1884. Alden is famous for the labor-intensive Goodyear welting process that allows you to rebuild the shoes easily, so you’ll never need another pair. It also creates space for a cork insole adding additional grandpa-level comfort. This technique is so good Euro cobblers like JM Weston built brands by specifically ripping off Alden’s technique.

They also have style to match the practicality: The leather is the quality you would expect from a company that has survived since the gilded age. With enough panache, these shit-kickers could even work with a suit. The secret is the shape of the toe, which walks the middle path between a guido point and lesbian haircut square. If you don’t care at all about practicality, get them in suede.

I got my pair five years ago. They’ve climbed the pyramids of Egypt with me, motorcycled across the country, and still the boots look slick enough to get me into New York City nightclubs. Mine have already been rebuilt, something I plan to do every half decade.

I can see how many out there will balk, considering them just another blue state fashion accessory. While I did buy them in Dem land during my hipster phase (I figure admitting this is part of recovery) that’s not a real argument against them. For me it’s not that they are so expensive, but rather, revealing to my dude friends that I actually paid that much.

So I suggest if your buddies ask about the price, just lie and make sure to break them in fast enough so they don’t look too fancy. A little deer blood and motorcycle grease never hurts.