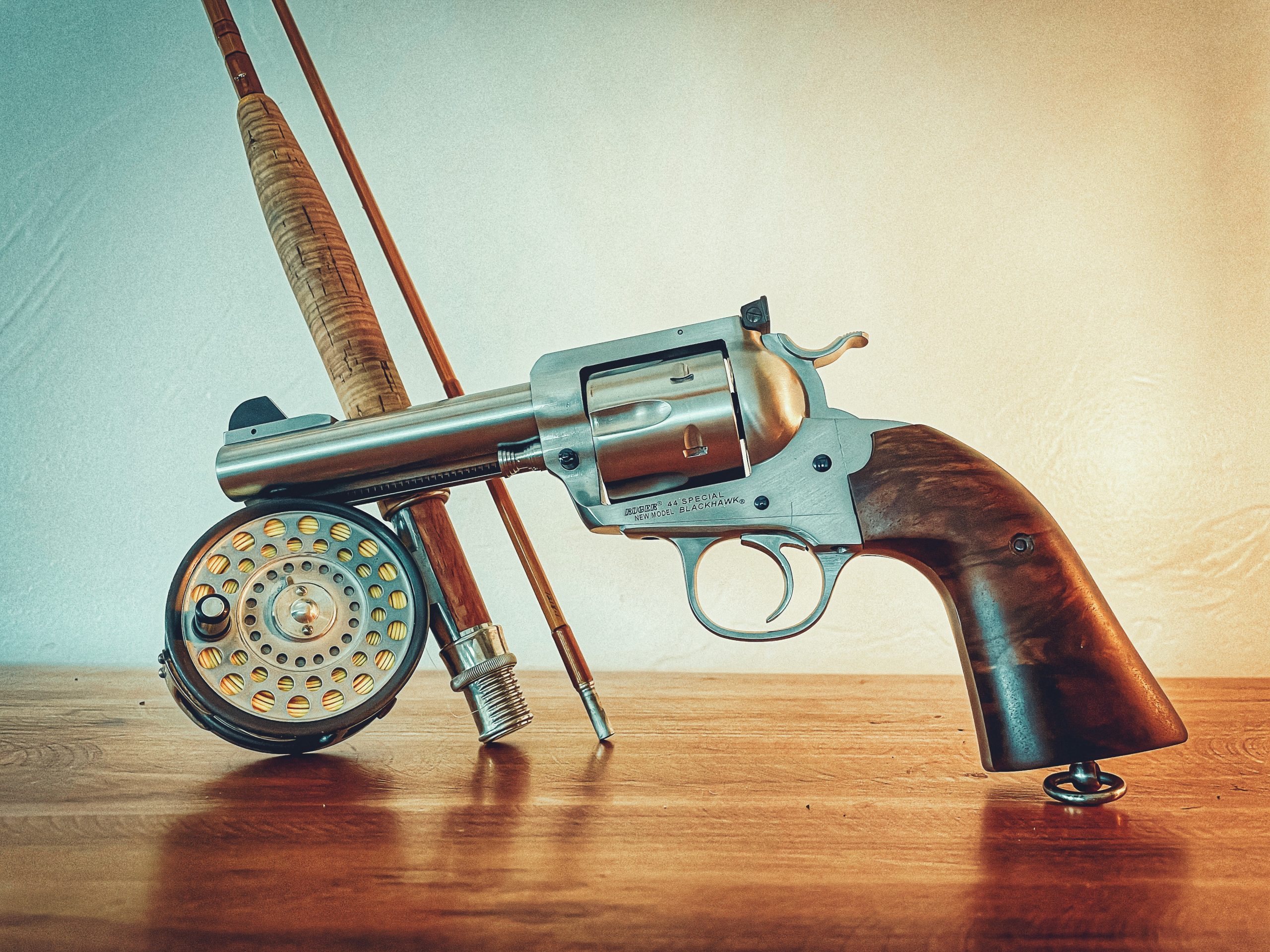 For single-action revolver aficionados, few handguns achieve the state of perfection quite like the Keith No. 5.

Created in 1928-1929, it was a collaboration between Elmer Keith and fabled gunmaker Harold Croft. Dubbed the “Keith Number 5,” and debuting on the cover of NRA’ s American Rifleman, this one-of-a-kind wheelgun went on to become perhaps the most published revolver of the 20th century.

The gun started life as a Colt SAA in .44 Special before being heavily modified by way of a custom-made semi-Bisley grip frame, flat top receiver with windage adjustable sights, a custom Bisley-style hammer, and an hourglass-shaped cylinder pin with integral latch. Even though it was to be Keith’s working gun, the piece was highly engraved and had high-relief elephant ivory grips. (It was originally stocked in walrus ivory that shrank too much and ultimately had to be replaced with elephant.)

I’ve always coveted the No. 5, and while the original was recently sold by Rock Island Auction Company, my budget wouldn’t allow for the $250,000 price tag it commanded. Over the years there have been several custom builders who have faithfully recreated the gun, but likewise, they were expensive as hell.

So I decided to have my own created: a Field Ethos No. 5,  if you will.

To be clear, my goal was not to recreate this gun exactly, but rather to be inspired by the original thought process and design elements to ultimately create a gun that served the same purpose: an indestructible daily carry field revolver for the western wilderness; something to shoot game and ward off grizzlies.

Unlike Keith and Croft who started with a Colt, a far more affordable and arguably better platform can be found in the Ruger New Model Blackhawk. In fact, there was a variation of this gun offered as a Lipsey’s Exclusive several years ago that likewise paid homage to the Keith Number 5. It was a 5-inch gun, in stainless, with a flat top, adjustable sights, Bisley hammer and frame. It was their take on what a Number 5 should be. I figured it wouldn’t take much modification on my part to elevate this piece into the gun I wanted.  The bad news is, the Lipsey’s Exclusive model is no longer in production, so off to GunsInternational.com I went. After much searching and ultimately paying too much, it arrived.

Once in hand I contacted Hamilton Bowen, owner of Bowen Classic Arms, in my opinion the finest pistol smith working today. I wanted to change out the Ruger factory sights to his Rough Country sights. Far more precise and rugged than factory sights, they should be considered an instant change for any revolver expecting serious use afield. While he was at it, I’d have him add his lanyard loop—not something Keith had on his No. 5 but a feature I really like for backcountry travel where getting bucked off a horse and dropping a handgun is a real possibility. While he was monkeying around with the gun I’d also have him tune the trigger and add nitre blued pins and screws. It’s a fine touch, I think.

While I didn’t go so far as adding the ultra-cool, Keith No. 5 base pin with lever latch, I did buy a Belt Mountain base pin. Oversized with the classic hourglass shape, it is functional and classic-looking at the same time.

For a final touch I contacted SK Grips and selected a set of walnut grips for them to install. SK offers grips two ways: direct/standard fit or custom where they fit them to your individual grip frame. I chose the latter and I’m damn glad I did. The line between metal and wood is seamless.

For the ammo, I chose a period-correct load for Elmer—a heavy 255-grain SWC Keith-style bullet from Tim Sundles at Buffalo Bore ammo. The specific load is called the “Heavy Outdoorsman” and spits the semi wadcutters at 1,000 fps for 566 ft.-lbs. energy.  It’s a light load compared to a 44 magnum, but in a Special it is a Keith-worthy load that will do most tasks required afield if bullet placement is correct.

To date, I have carried this “FE No. 5” into the grizzly country west of Yellowstone National Park numerous times now with zero complaints. I suppose some will say there are better choices, such as a high-cap 10mm polymer semiauto or a scandium-frame double action in .44 Mag—and they might be right … on paper.  But there is something magical about the fit and feel of a medium-sized single action revolver. Yes, it’s technology that hasn’t changed in 150 years, but then again … bears haven’t either.