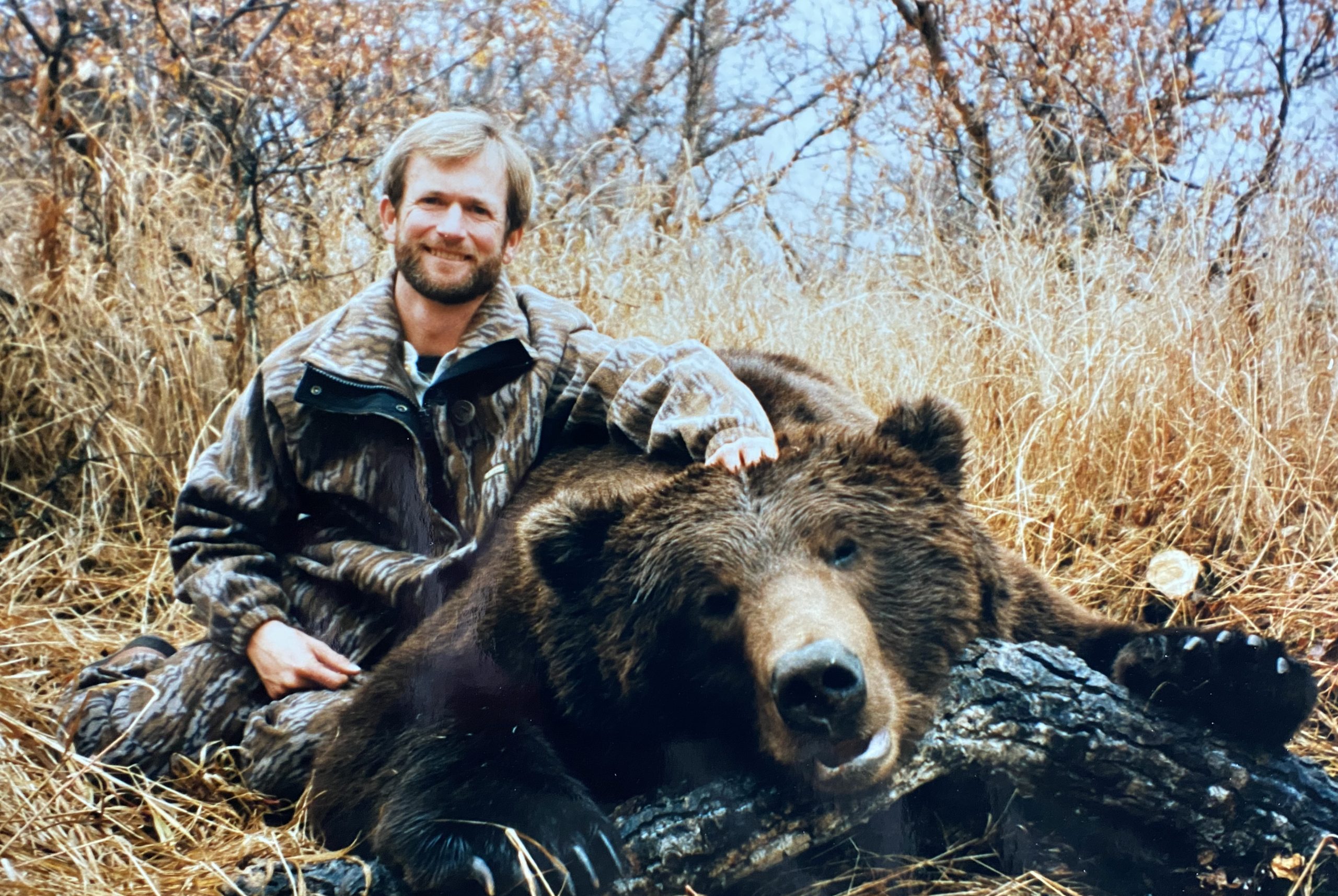 I was 39 when I moved to Alaska in 1991, and man, I thought I was hot shit. Thanks mostly to my job as the associate editor of a major nationally-distributed hunting magazine and the creator and first editor of the company’s first bowhunting-only pub, I’d bowhunted all across North America, been to Alaska, and even Africa once. Most of my hunting was DIY, on-your-own stuff, a lot of it backpacking solo into wilderness areas before it was mainstream-cool. I was fit, focused, and supercharged, ready to take both my new career as a full-time freelance writer and The Last Frontier by storm. I’d been on two lengthy outfitted Alaska hunts, and taken a Dall sheep, caribou, moose, a couple of black bears, and a mountain grizzly, all with a rifle, but hey, How tough could bowhunting these critters be?

So, of course, first on my list was an archery brown bear. Might as well start at the top…

I had a buddy who was the head bush pilot for a high roller chain of flyout fly fishing lodges, one of which was situated at the mouth of a river where it flowed out of a lake that had become overrun with migrating sockeye salmon in early fall. That salmon run drew brown bears like bees to honey, so we made a plan: I’d help the lodge staff close the place up after the last clients left, then, as time permitted, we’d hunt bears. Candy from a baby, right? At least, that’s what I thought–until a big bear made me pee my pants. Literally. Here’s how it shook out.

The two of us were cruising the lake in a small skiff one afternoon when we spotted a giant bear swimming across an isthmus, heading for the opposite shore about a half-mile off. All we could see was its head, and it appeared to be the size of a pickup hood. Let’s go!

Bo gunned the motor, we watched the bear stroll out of the lake, shake himself off, then casually stroll into the willows. Two minutes later Bo beached the skiff, and while he secured it, I jumped out, grabbed my bow and the .338 Win. Mag. I carried as a backup, and picked up the bear’s trail. The plan was for me to locate the bear, wait for Bo to catch up, then we’d figure a stalk with him backing me up with his .375.

But–isn’t there always a “but?”–when I got inside the timber, there he was, a massive bear rolling on his back in the grass, drying off. He was only about 40 yards away–we didn’t have laser rangefinders back then, so I’m not sure exactly–so I knelt down in the waist-high grass, nocked an arrow, and thought, “Hellfire, if he stands up I’ll shoot him, just like that!” The light breeze was perfect, he hadn’t heard me … what could go wrong?

This. When he stood up–and I still don’t know how he sensed me–he locked onto me like a German shorthair on a covey of quail. Holy shit! I didn’t wiggle as he swung his head slowly from side to side, tongue out, slobber everywhere, those devil eyes boring straight into my soul. And then he charged.

I’d never witnessed a brown bear charge, and had no idea they’re faster than Herschel Walker in his prime. Fortunately for me, I’d laid my .338 right next to me, and I was shooting my bow with fingers, not a release aid, so I instinctively dropped the bow, grabbed the rifle, threw it to my shoulder, lined it up as best I could without looking through the scope, pulled the trigger, and rolled over onto my side, assumed the fetal position, and prepared myself to have that bear rip my head off and shit down my neck.

I was too scared to move a muscle. Was it a bluff charge? Was he standing there, waiting for me to twitch before tearing me limb from limb? How could that be after a gunshot?

After an eternity–probably 5 minutes–Bo came charging into the clearing and, seeing me lying there, thought the worst. He knew I would not shoot the bear with a rifle unless there was a catastrophe, and he thought I was dead. But I wasn’t, and when he got to me and I sat up, shaking like a leaf, we looked around. There, in a four foot depression 10 feet from me, was the bear, dead. My bullet, by the grace of God, had somehow gone through his throat and broken his neck at the Atlas joint, killing him instantly.  He was 10 feet away from where I now sat, my own piss running down my leg. The only damage to me was to my ego.

The bear was so big we couldn’t get him out of that hole to skin him, so we did it as best we could. As darkness fell, we had to fend off a half-dozen other bears that cruised past. When we got the hide back to the lodge (the skull and paws had not been removed yet) I wondered what it weighed, so we poured it into a 55-gallon trash can and weighed it on the scale the lodge used to weigh cargo before loading the airplanes. It was 167 lbs. Later the hide squared 9’6”, the skull measuring 28 ½ inches. He was a giant.

The bar was open, and it took several slugs of bourbon to stop my hands from shaking. And as I sat there, I had a vision. Maybe, just maybe, this Alaska was tougher than I thought. On that point I was right, because over the next 15 years, it tried to kill me several times over. And it was glorious.