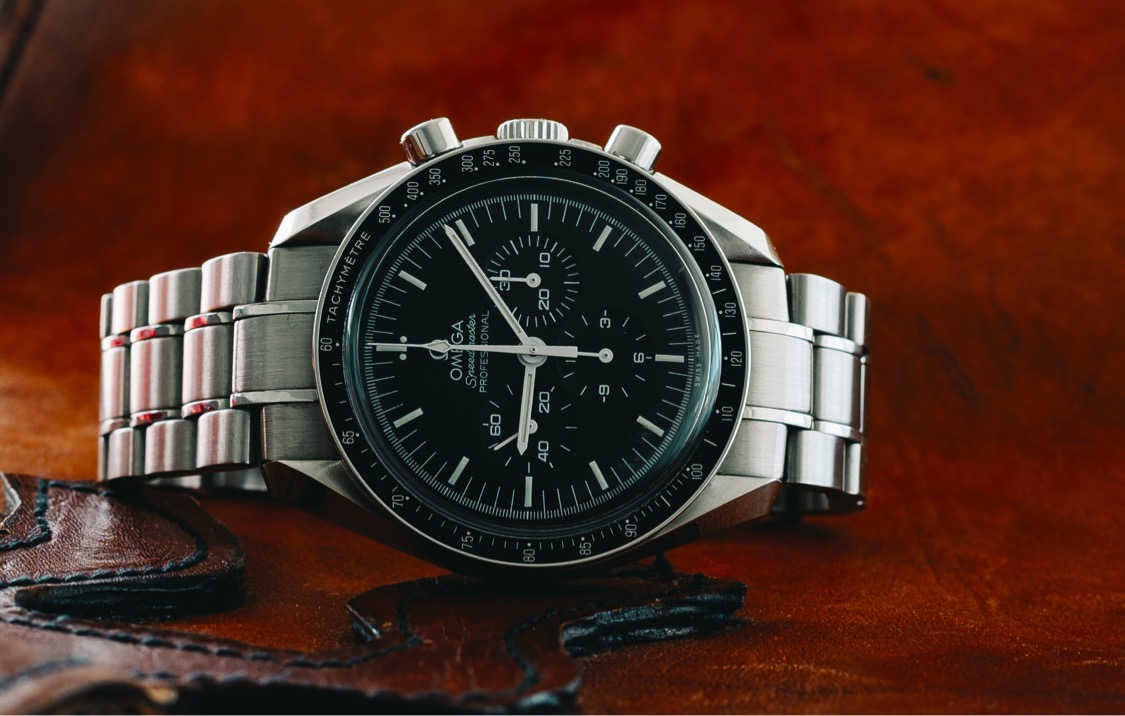 It’s hard to pick out a watch.

First, let’s assume you’re not interested in the Apple Watch, Fitbit or the smartwatch trend. Good for you, no one needs their early morning bowel movements tracked. And your wife’s text message to come home from the bar can wait until you check your phone.

Now to get more controversial, fuck Rolex. In the perfect storm of the Biden economy and the brand’s obsession with artificial scarcity, their watches are totally sold out. Acquiring a popular model Rolex at an authorized dealer is about as hard as finding accurate reporting in the mainstream media. Because of this you’ll be forced to pay double retail on the grey market.

Assuming you surpass these obstacles and get your hands on a Rolex, what are possible outcomes? Best case, you look like a finance bro, medium case a Midwest used car salesman, worst case you get mugged on the way home from the strip club.

It goes without saying, but leave the fashion and jewelry brands to the chicks. Gucci/Bulgari/Cartier make some nice pieces, but as a Field Ethos reader they probably won’t be your vibe. That being said, if your sugar daddy offers, why say no?…

So where does that leave us? Allow me to suggest some ideas. The watches below land in the mid-price range. If you have Patek Phillipe money, disregard this article. If you want a Casio, take your Macy’s gift card and head to the mall.

All my choices feature in-house mechanical movements. In other words, these brands don’t outsource what literally makes the piece tick. None need a battery, which is sort of the whole point of a fancy watch.

Omega is the obvious first acquisition. While the Swiss brand has more sub-variations than the Marvel Universe, the two watches you should consider are the Speedmaster Professional and the Seamaster 300m.

The Speedmaster Professional is known as the moon watch because NASA astronauts wore them in the Apollo program. It’s a chronograph which means it has a built in stopwatch feature. Right now you can pick a new one up with no wait for around $6,400. Used ones, in good condition with boxes and papers, go in the mid 5k range, so you can always sell it if ammo prices get any higher.

The Seamaster 300m was released in the 90s and gained notoriety as a product placement prop in the Pierce Brosnan-era bond films. Despite this slightly cheesy introduction to the world, the Seamaster delivers the goods: a timeless dive watch layout, an in-house automatic movement visible through a sapphire crystal case back, and enough variation in the model range to satisfy even oddball punters. I am one of them. Last year I picked up a two-tone model on a rubber strap. Prices start a little over 5k.

Omega’s problem is more sociological than aesthetic or mechanical. These watches are just a bit too damn perfect, almost like they were dreamed up by a management consultant. If you wanna get quirky, try Panerai.

In the fickle world of watches, Panerai is a bit out of fashion with the HODINKEE set, but don’t let that stop you. Originally designed for the Royal Italian Navy, the Florentine manufacturer was rediscovered by Sylvester Stallone while shooting a film in Italy. He brought them back to Hollywood, and Panerai became the marquee brand of the 2000s oversized watch trend.

Panerais today are better than ever. They still make their two most iconic pieces, the Luminor and the Radiomir, which are big and bold enough to be identified from across the room. At $5,300 the Luminor Base is a great entry point, but the sky’s the limit if you have a taste for precious metals and horological complications (complex watch movements, not hookers with a difficult past). Modern Panerais even come in approachable sizes for those without action hero forearms.

If you have especially slight wrists, or just don’t want to look like a 2004 club promoter, Panerai might not be for you. For the exact opposite, try Glashütte Original.

While Panerai is a spicy meatball of Italian flashiness, Glashütte Original’s vibe is understated Teutonic propriety. This brand from Saxony is about what’s below the surface, with some of the most exquisite movements in the world at relatively bargain prices. It’s definitely not an upstart with roots that stretch back to 1845.

Personally, I love their Vintage Sixties dress watch range. These pieces feel like something Don Draper would lose in a hotel room during an affair. It’s a classy dress watch perfect for the guy who, post pandemic, still wears a suit every day. Pick up a used one for around 6k, but for more flair go all out and get the new Green model at 8k.

My biggest piece of advice is this: Watches are personal, so, if you want, disregard everything I’ve said. You’re the one that has to wear the watch, so pick something that tickles your pickle no matter what anyone else thinks.