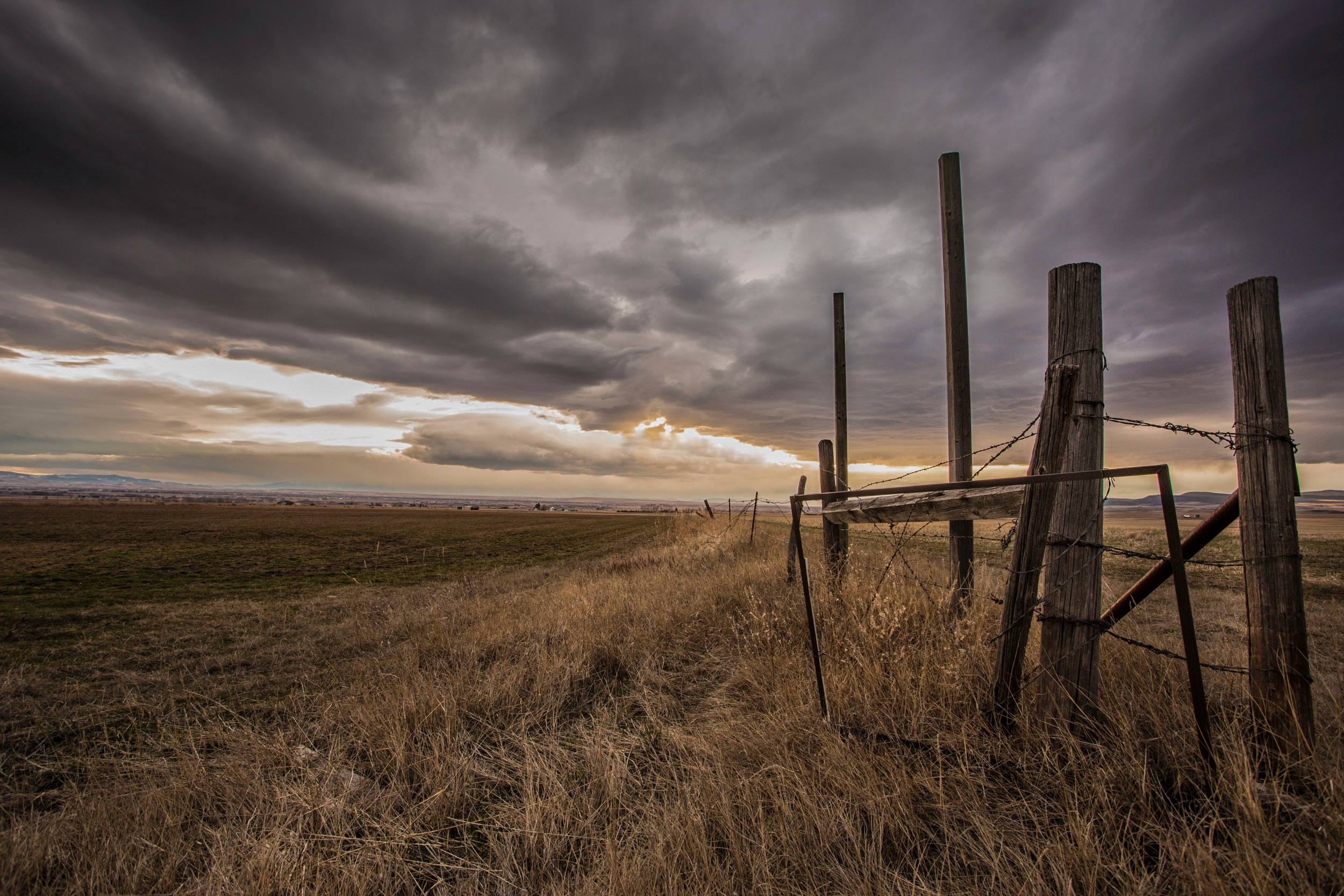 He’s easy enough to spot as he pulls into the Murdoch’s parking lot. The dusty pavement in front of the feedstore is speckled with muddy work trucks; there’s one old boxy Ford pulled along the side, taking up six spaces with the rusty gooseneck trailer holding three horses, who nudge their hay bags placidly in the cool morning air. The whole rig creaks when one chestnut stomps restlessly.

This is a workman’s parking lot; a stopover for whatever supplies are needed before hitting the day’s job. Sun-weathered men in starched Wranglers migrate from truck to store then back out again. The sound of diesel trucks turning over doesn’t quite cover up the twang of George Strait from tinny porch speakers or the clanking of Priefert gates being stacked around back.

He pulls up in his spotless, shiny Tundra, complete with $10k custom topper and a bevy of expensive rod racks mounted to the roof.

There’s no need to see his face to know he’s a dude. A wannabe. Posh boots that have never seen a muddy round pen or been scratched from gate-hopping reveal that much.

The rest could write itself. A flannel that probably cost more than that new grill being advertised in front of the store. An immaculate leather belt complete with a buckle that he absolutely didn’t win, and for which he quite surely overpaid. Carefully-groomed facial hair which likely requires more products than all the other men in the store put together even own. A straw Stetson with a silver-dotted band, in about the same condition as the boots.

No dust, no mud, no work. Soft hands.

It all adds up to one species: the trustfunder-wannabe-Westerner. A Westie.

He ambles into the store, managing to start a conversation with the lady at checkout without actually purchasing anything.

“Where you from?” she asks, eyeballing the pristine hat.

She knows the type.

“Rural Montana,” he answers, voice a little too loud, one finger pushing the hat back slightly. There’s enough overly-clear diction in his voice to confirm her suspicion he’s not a local.

“About 20 minutes west of Missoula.” He says it like it’s the backwoods.

The cashier arches a dark brow. On a bad traffic day she, too, lives about 20 minutes from downtown Missoula. Which would put her in the suburbs near the airport. There are two big apartment complexes nearby, an elementary school, and enough meth labs in those apartments to provide a truly urban feel.

She smirks, smacking her gum as she leans slightly over the counter, just enough to eyeball the overly-conditioned leather on his boots.

“I bet you do, honey,” she smirks then straightens, looking him in the eye.

He looks confounded by the repeated query. Blinks twice at her, trying to understand the inconceivable idea that he wasn’t selling his Montana heritage. There’s a shuffle to his right and an old man, ancient boots scuffed and cracked with wear, the soles lined with dried barnyard muck, eyes him coolly from underneath the brim of his sun-faded, fraying Justin Boots hat.

“Yeah, son. Where you from?” His voice matches his appearance; gritty, unprepossessing, and decidedly competent.

He looks back to the cashier, who smacks her gum and stares right back.

He leaves without having ever ventured past the registers, climbing into his spotless truck in his spotless hat and spotless boots.

He won’t be back.