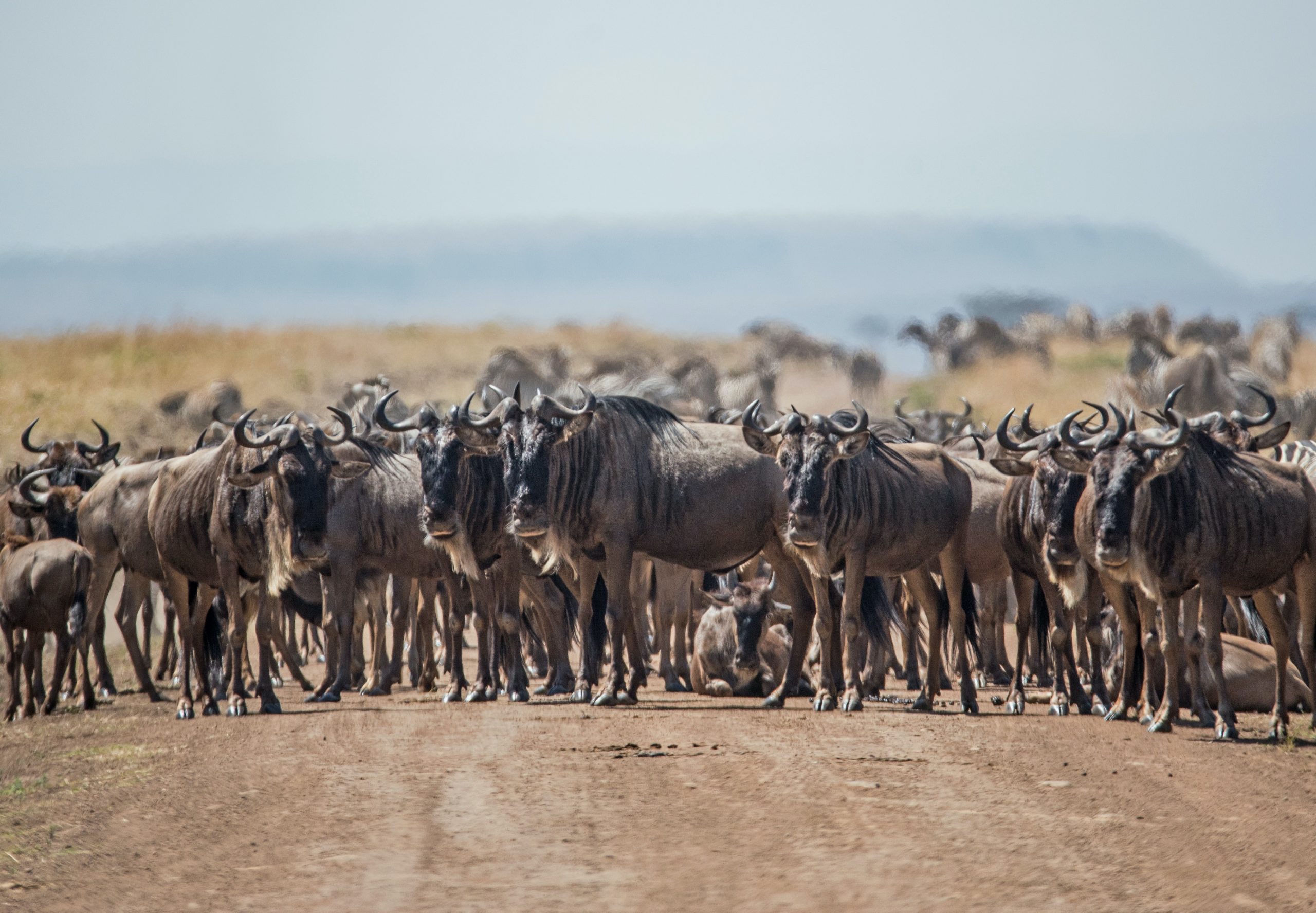 I didn’t have to speak the language to understand that things were about to explode.

In the driver’s seat to my right, my Professional Hunter Hendrik sat screaming in Afrikaans at the rear-view mirror reflection of Ball-Ball in the back seat. The tracker/skinner sat sweating through withdrawal from his bender of drugs and alcohol the night before, yelling at Hendrik’s reflection in response.  In the Land Cruiser truck bed, Waroo and Swali were being tossed around like rag dolls in a dryer as a result of Hendrik’s manic close-to-85-miles-per-hour-charge down the unpaved and pockmarked road.  Not knowing exactly how to handle the screaming match, I stared out the window at the barren Karroo Desert speeding past, listening to the rumble in the bed and the fight in the cab, all the while wondering what would happen next. My wonderment came to a crashing halt when my seatbelt locked and my head slammed into the dash at Hendrik’s standing on the brake pedal. The truck power slid sideways and into its created storm cloud of dust and sand that left the world on the other side of the window a grainy cataract.

Hendrik exploded out of the cab, ripped open the rear door, and unleashed a barrage of hatred and profanity at Ball-Ball so forceful I felt it in the front seat.  Ball-Ball’s screams of anger changed in tone to bellows of apologies and remorse. Hendrik’s rant escalated in volume and venom and stood punctuated by the “Get Out!” motions of his jerking thumb.  Ball-Ball glared sideways and let fly a series of sharp, guttural retorts.  An enraged, visibly red-faced Hendrik stepped back to give himself the room he needed to barrel forward with a right cross to Ball-Ball’s jaw.  Ball-Ball screamed and put a death grip on the seat in front of him.  Hendrik slammed his fist into the back of Ball-Ball’s head then grabbed him by the neck and pulled him from the cab.  I jumped from the cab in time to see Ball-Ball hit the ground.  Hendrik launched forward and kicked Ball-Ball in the gut.

Ball-Ball rolled over and sprang to his feet.  He pulled his skinning knife and slashed at Hendrik’s midsection.  Hendrik jumped backward and Ball-Ball slashed again in the opposite direction.  Hendrik lunged sideways and popped Ball-Ball with a quick jab to the side of his head.  Ball-Ball was knocked off balance and his next swing of the knife went wild, only inches from Hendrik’s chest.  Hendrik threw another punch but Ball-Ball was still leering downward and the hit failed to connect.  Ball-Ball righted himself and took off at a dead run in the direction we had driven from.  Hendrik screamed after him and Waroo and Swali rolled in laughter.

“What the hell was that?!” I barked across the truck hood.

Hendrik pulled a cigarette from his pocket, lit it, and sucked in a lung full of unfiltered smoke.  “Nothing.”

“Nothing?! Ball-Ball tried to kill you! He pulled a knife!”

“Yeah, did you see that?!” Hendrik laughed.  “Pretty amazing, huh? Didn’t think he had it in him.”

I’m in the middle of the desert with a psycho. A psycho and a crazy man with a knife.

Excerpted from And Monkeys Threw Crap at Me: Adventures in Hunting, Fishing, and Writing.