Toyota Makes The Best Trucks In The World 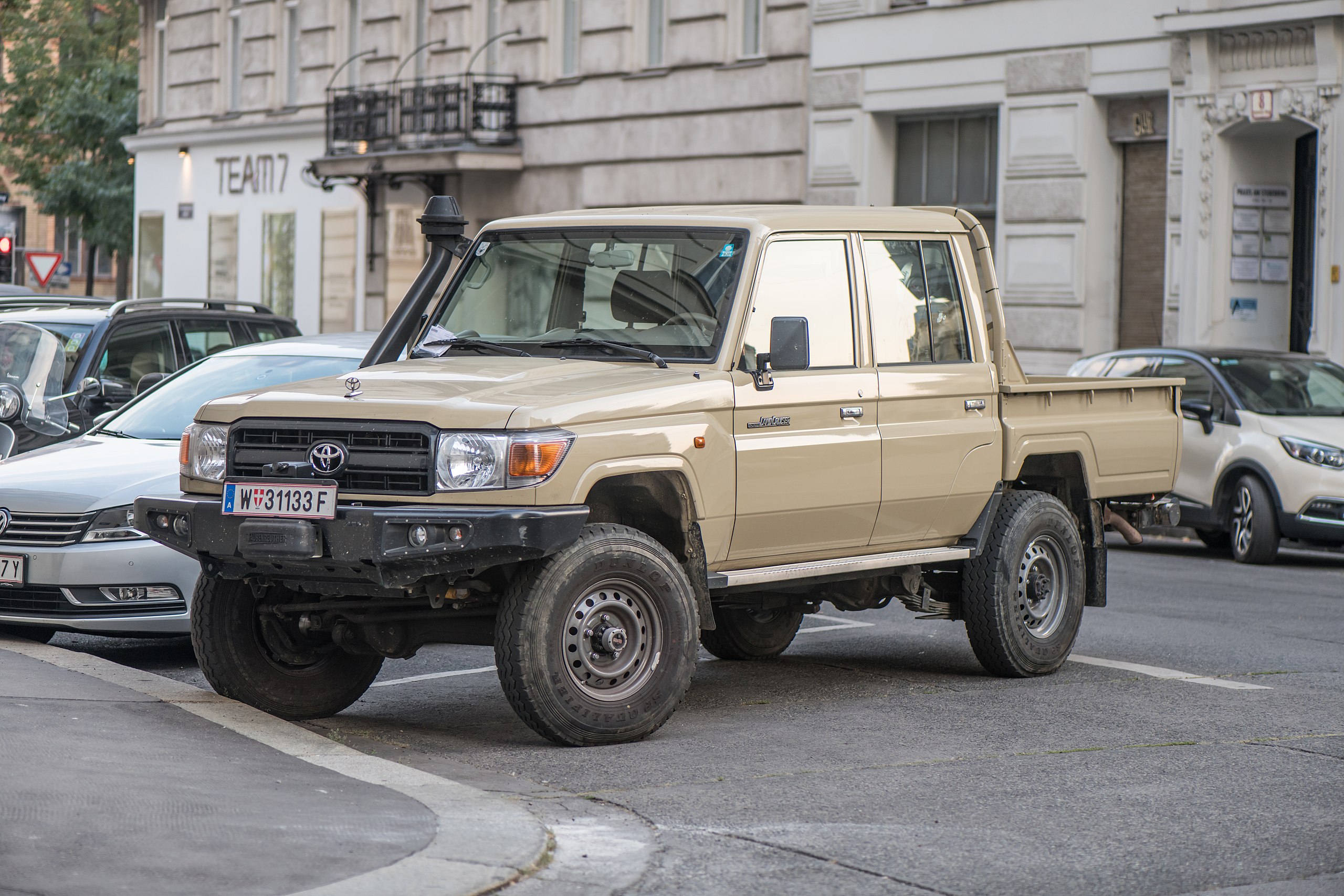 Don’t make sashimi out of the messenger, but Toyota produces the best trucks in the world. If you’re skeptical, take a second to consider the marketplace.

Land Rover maybe–it’s good enough for the Queen, right? These rigs look great but will break down with a stiff British breeze. Have the Wellies ready, because your ass will walk a lot.

Domestic pickups are very capable but lack serious off-road pedigree. There’s no Camel Trophy for the Ford F-150, no long standing Moab meetups. Historically they have not been as reliable as the Japanese competition, although this is changing. Ford, Chevy and Dodge make damn good trucks.

A while back I was enjoying more than a few single malts with an old timer from Zimbabwe. This guy has hunted, photographed and explored pretty much every crevice of the African continent. We got to talking about SUVs and I learned he only drives Toyotas. Apparently being chased by AK-wielding militias has a way of clarifying your thinking. I went out and bought a 4Runner TRD PRO.

Why does Toyota make such awesome off-roaders? The other cars in their lineup seem to cater to Uber drivers and price-conscious soccer moms. No kid has a poster of a Camry above his bed, no Hollywood hotshot collects Seneca minivans.

The history of the Toyota truck does not inspire much confidence either.

It all begins after World War II. The United States military was leaving, and the Japanese realized they needed a locally produced Jeep for their own police and military. In steps Toyota, a company founded as a sewing machine manufacturer, made what was essentially a knock-off.

Willy’s was understandably unhappy. In 1954 it successfully sued Toyota to stop using the Jeep brand for their vehicles. Toyota moved on to the name Land Cruiser because it was as fucking close to Land Rover as it could get without more legal trouble.

Taking a step back, you realize that Toyota’s lack of imagination might, in fact, be its greatest strength. A focus on substance over style is exactly what you need off road. To better understand, consider the Toyota Way.

The Toyota Way, their manufacturing mantra, boils down two two basic principles: Continuous improvement and respect for people. Kaizen is the Japanese idea that every employee, from the windshield washer to the CEO, must focus on improvement. Hansei is a culture of personal reflection and self-criticism. Even with successful projects they must identify issues, because finding no problem is a problem.

Any wonder Japanese businessmen get totally wasted after work.

These anal-retentive ideas lead Toyota to make some of the most insanely reliable cars on the planet. They design them to be perfect then figure out how to automate assembly, unlike other companies that put production efficiency first.

Every employee has the right to stop the assembly line if they see the smallest error. An American assembly line stops around a dozen times a week, a Toyota line stops hundreds if not thousands.

Once they have a good thing they stick with it. Some of their most popular models are almost unchanged since Britney Spears was on the radio.

When Toyota brought the Land Cruiser to the United States in 1958 they only sold one car the first year, but they didn’t give up. They took off with the FJ40 version which came out in 1960. The FJ40 is the iconic Land Cruiser with a collectors market rivaling that of the Ford Bronco. In its 24-year lifespan the icon became more refined. Air conditioning, disc brakes, and multiple body styles appeared on the FJ.

In the United States during the Reagan years pickup trucks became the star of the lineup. Shocking domestic competitors, Toyota launched the first four wheel drive pickup in 1981. Before, pickups had been for the local plumber, not outdoor adventurers.

Product placement helped change the perception of both Toyota and their trucks.

Back to the Future’s Marty Mcfly was a new type of 80s teenager: he craved a badass Toyota Truck to drop his girl’s panties. He figured sleeping bags fit way better in a truck bed than a Rebel Without a Cause coupe.

This evolved into the 4Runner. Another first, the 4Runner captured the practicality and comfort of a station wagon with the off-road prowess of a truck, becoming one of the first Modern SUV’s.

Today Toyota’s Hi-Lux is one of the most popular trucks in the world despite not being offered in the US. Due to its nimbleness and indestructiveness it’s wildly popular among hunters, rally racers and terrorists worldwide. Yes, it’s the AK-47 of pickups.

Meanwhile in America, the Land Cruiser went up-town and up-market. New models are leather trimmed yuppy mobiles competing with Range Rover. Costing almost 100k, you’d be forgiven for not putting a deer carcass in the back. Then again, no you wouldn’t.

Unfortunately, the real deal Land Cruisers are not sold in the United States anymore. In the mid-80s Toyota launched the Series 70, probably the most capable overland vehicle ever produced. In the bush and jungles from Africa to Asia, farmers and safari guides alike depend on these work horses.  But like the Land Rover Defender, it was too basic to pass the U.S. Safety tests. The government once again fucked everything up for us.

There’s also a larger lesson: You don’t have to be the flashiest, fastest or most expensive to be the best. Slow, consistent improvement alongside honesty and accountability are the unsexy fundamentals to a life well lived. In the field or on the road not breaking down must come first. Toyota’s functionality has a well-deserved cult following, because at least for the foreseeable future, its trucks are the best.