Tougher Than a Honda Hatchback 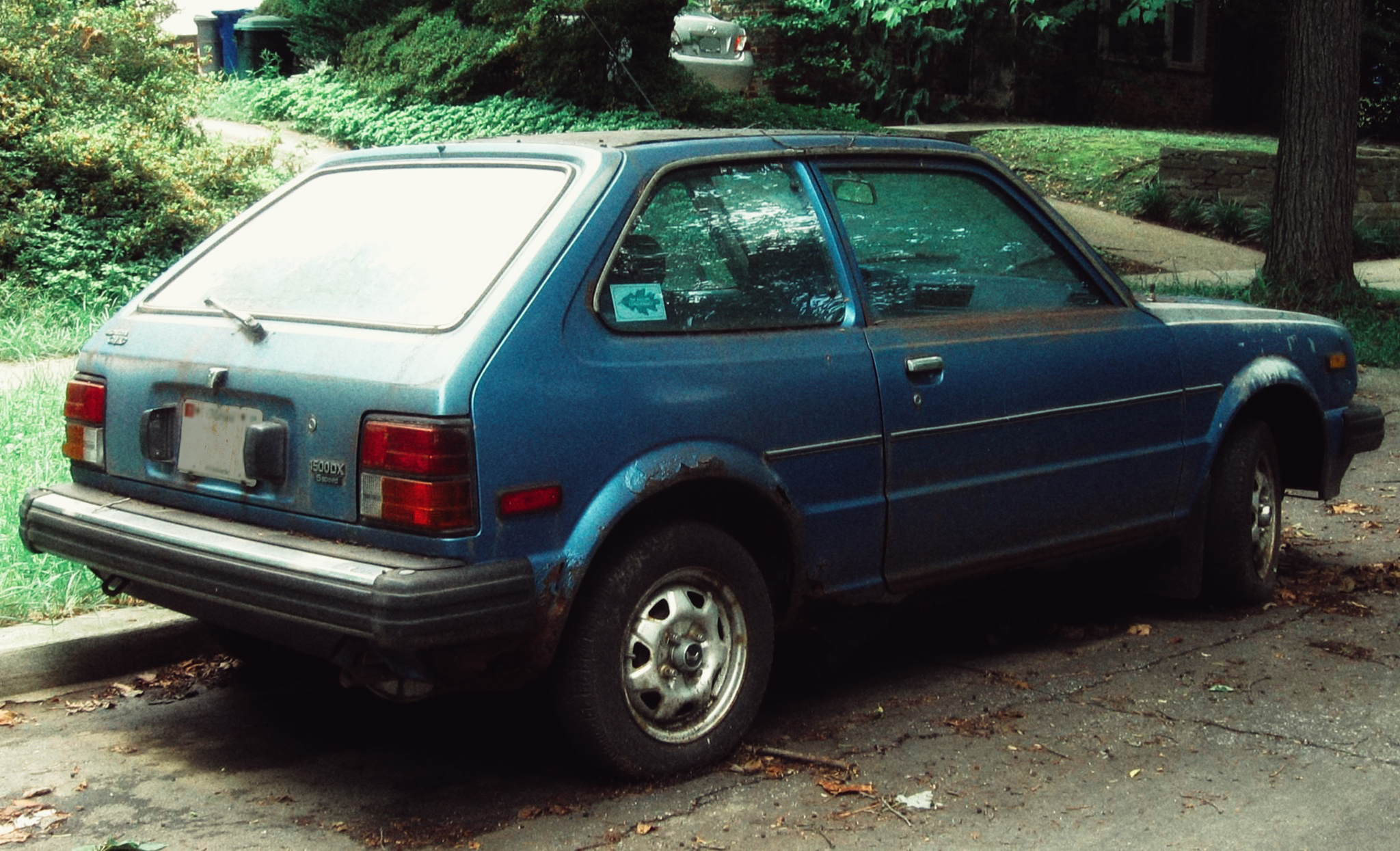 I hit him right where I wanted to, which doesn’t always happen. My shot crossed the winter wheat field between us in the blink of an eye and took the buck just behind the shoulder. He sprinted 50 yards as if there wasn’t a 130-grain bullet mushrooming its way through his lungs. Then he stopped, glanced back, and trotted another 50 yards before slowing to a walk. Then he laid down before bowing his head and breathing his last. Whitetail deer are tough.

There were seven or eight pickups ahead of me that day when I pulled up at McKinney’s Meat Processing, all of them lifted well above their 4×4 off-road packages by oversized tires. I could see blood dripping down their tailgates and antlers sticking up above them. I was in line behind an early 80s model Honda Civic hatchback squatting on four spares. The car had come off the assembly line wearing a coat of Avignon Blue but had since been camouflaged by time in rust red and Bondo gray. The thing looked like it might high-center on a speed bump.

I figured the Honda’s driver was there to pick up an order, a deer he’d killed in the early season, maybe. I figured he was driving the old beater because his wife was out furniture shopping and needed his pickup for the day. I figured the guy was behind the wheel of the Civic because he wouldn’t be caught dead in her minivan. So it floored me when he pulled up to the processor’s bay door, got out and popped the trunk. Sure enough, crammed into the hatchback’s crawl space lay a little forkhorn buck.

He was having some trouble unloading his deer so I hopped out of my truck to help. I grabbed a horn, and he grabbed a hoof. After I unraveled a seatbelt from the buck’s rack, we managed to drag the deer out and onto the ground. A $10 tarp would’ve saved the guy a world of heartache. It looked like he’d field-dressed the deer right there in the back of the car. A forest of air fresheners hung from the car’s rearview mirror but they didn’t stand a chance against the stench of blood and gore. The new car smell in that Civic was long gone. I forced my eyes away from the crime scene in the trunk and onto the deer on the ground where I counted six bullet holes. Turns out, I’d missed one.

“Had to shoot the sucker seven times.”

My surprise was genuine. The year-and-a-half-old buck wouldn’t have weighed a hundred pounds on the hoof.

“Yep. Knocked him down with my first shot, but he got up and made it to the woodlot. Snuck up and put two more in him, but then he jumped the fence. I know the guy that owns that quarter section so I followed the deer onto his place and squeezed off another shot. Nearly took off his back leg with that one. The old Texas heart shot put him down for good but it still took two more bullets at point blank to finish him off. Toughest dang deer I’ve ever killed.”

The guy dragged his buck through the bay door, and I walked back to my pickup, shaking my head. A few minutes later he climbed back in the old Civic and drove off. I unloaded my own buck and was waiting for my confirmation tag when I realized the hunter hadn’t taken the rack off his forkhorn. I was running my hands along the little buck’s antlers when I heard a chuckle from the butcher behind me.

“Well, cut ’em off for me, then,” I said. “A deer that tough deserves to be remembered.”