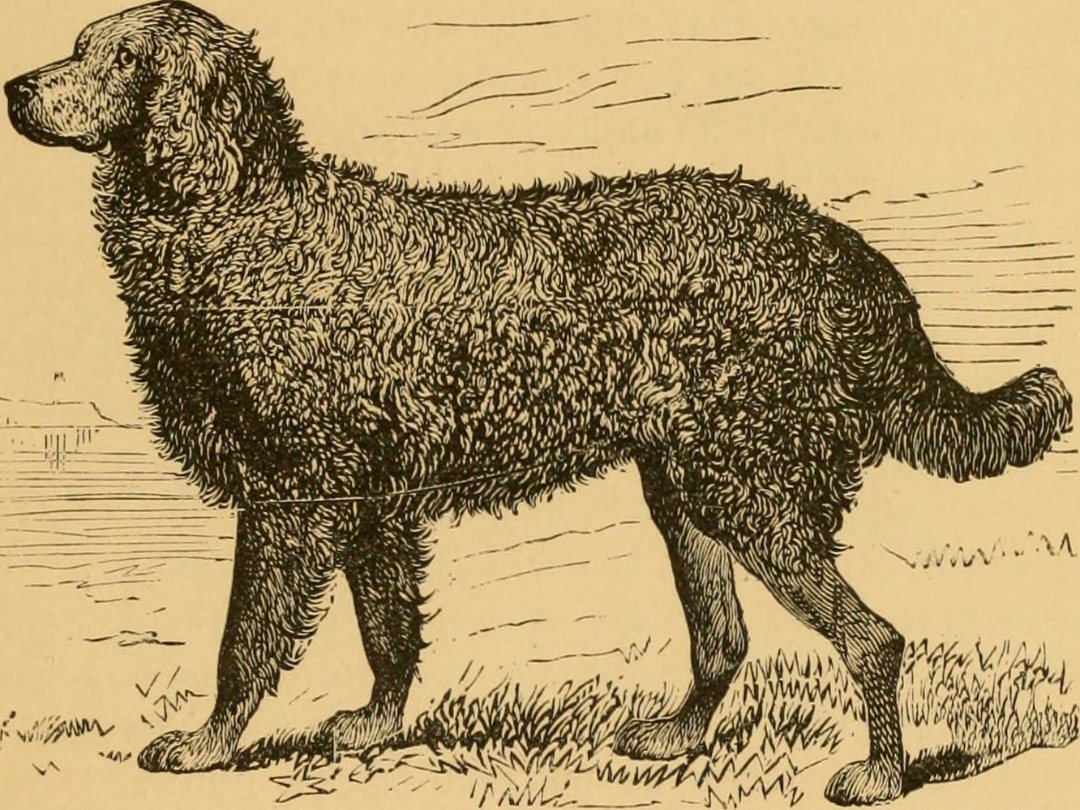 I resigned myself to the fact that he wasn’t gonna live until I could get him to the vet’s office. Honestly, at 80 lbs. and unable to move, I almost didn’t get him into the bed of the truck. Your mind ponders strange things in a jam.  All I could think of was that if in some strange reversal of fortune, Boss had found me in an altered state, he would’ve figured out how to get me in the truck.

As a lifelong hunter, I’ve seen enough animals pass to know what was happening, even though I kept trying to wish otherwise.  Come on Boss.  Not now buddy.  You’re old but you’re still barrel-chested and tough as nails.  Chesapeakes can withstand everything you can throw at ‘em.  What was eleven and a half years for my big boy?  He’s as tough as they come.

I raced the whole way to the vet, and they were waiting when I pulled in.  It was a misty morning and I’d wrapped Boss in a big towel trying to keep him as comfortable as possible.  That helped us as we slid him onto a gurney and carried him into the clinic.  I hadn’t stopped crying since leaving the house, but the intensity had heightened as I helped put him on the exam table.  I watched through wet eyes as the doctor administered sedation so they could make assessments about what was really happening. We agreed I would step outside until they could determine best-case scenarios.  So, I patted him pretty good and reluctantly made my way into the waiting room.

Shortly thereafter they asked me back. I found myself thankful to have a family friend as the vet.  She came in and explained what was going on, that’s when the weight of my next decision really started to register.  Life is full of tough decisions and I’ve heard over and over that the right ones are usually the hardest to make.  This was no exception. From his arrival on a Delta flight from Boise to Memphis by way of Minneapolis, to the last 12 miles of Mississippi backroads from our house to the vet.  His last breath after almost 12 years was gonna be determined by my next one.  She assured me I was making the right decision and if I’d wait a minute, they’d bring him in so I could say goodbye. 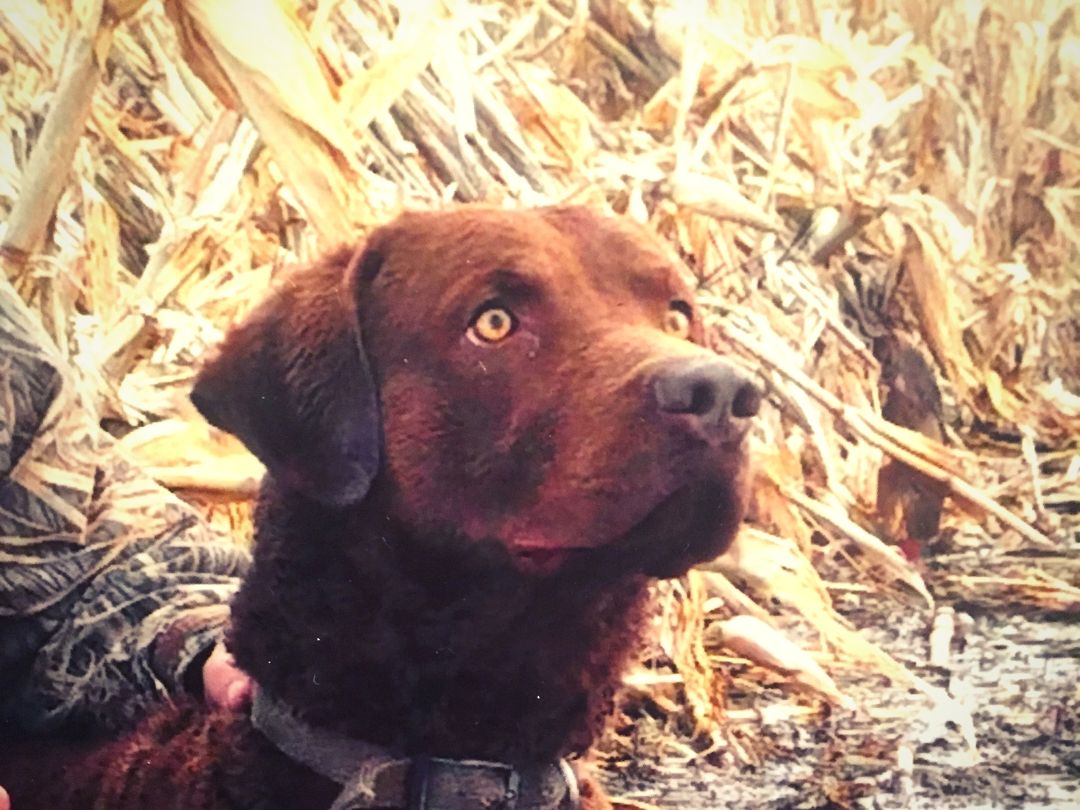 I cradled his big ol’ oily, stinky head and I loved on him almost as hard as I was crying. I told him I loved him out loud while I stroked his ears for what I knew was the last time.  I’m not sure what I would’ve done if he’d been able to look me in my eyes at the end, but maybe in a way the fact that he couldn’t was a self-serving blessing.  While she completed the process, I had a few more of those ‘time stands still’ visions. Boss in the kennel at the airport the night I picked him up.  Boss in the duck blind scanning the sky for the next wad of ducks coming into the decoys. The night he broke his knee at the river, and it cost so much to fix we almost changed his name to Cash. Boss with the kids in the yard playing tug of war, and winning, no matter how many kids were on the other end of the rope. Boss with his sawed-off piece of 4×4…because sticks were for dogs…. logs were for Chessies. Boss in his last days just curled up in the yard. He was tough. Always had been.

I just sat there for a minute in a daze.  Finally, I slipped his collar off and loved on him one more time.  You know when you really love something, you don’t care what emotions other people see in you.  Point is, it didn’t matter who saw me cry, I was crying for my dog, and he was one I truly loved, and he’d just left this earth.  Whether you’ve been through it or not, you either know or you’ll come to know it.

Global traveler & Hunter, Hugh Cam Smith V, is 6’9” and wears a size 15 boot. He’s often referred to as a redneck renaissance man because of his degrees in Weed Science, Wildlife Biology and...English/Creative Writing. He can sing like a bird, play the harmonica without his hands and the Japanese refer to him as the two meter man. That’s true. He’s incredibly kind, hysterically funny and owns over 500 knives and more than 40 pairs of Russell Boots. It’s a real shame they couldn’t fit Cam in the frame for the original Dos Equis most interesting man commercials.

END_OF_DOCUMENT_TOKEN_TO_BE_REPLACED 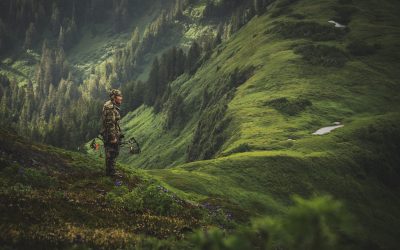