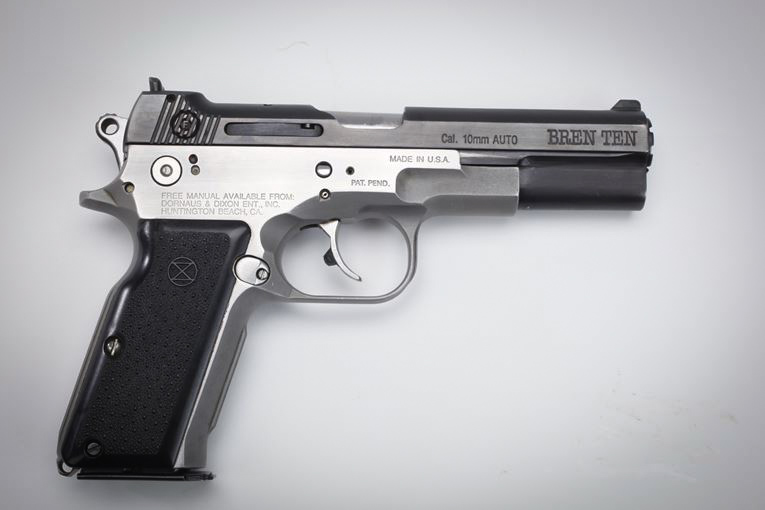 If you were born later than 1990, you should probably stop reading this. I’m serious. You won’t know what I’m talking about, you’ll feel left out and we all know how sensitive you people are.

In the 80s there was no internet;  television, good ole broadcast tv, was everything. When we weren’t watching MTV we tuned in to cheesy cop shows, where every week our heroes took out the bad guys in fantastic fashion.  For me, the co-stars of those shows were always the guns. So I’ll attempt to rank them here.

Hunter was one of my favorites. Sgt. Rick Hunter killed so many criminals that I used to joke that for every week he worked, he got two weeks off for the LAPD’s mandatory post-shooting administrative leave. Played by former L.A. Ram’s player Fred Dryer, Hunter carried a variety of firearms throughout the show’s five seasons, but the coolest was his Heckler & Koch P9S. A futuristic-looking, double-action and single-stack 9mm made during the 1970s, the P9S is but a footnote today. Hunter’s P9S wore an aftermarket compensator and he carried it in a vertical leather shoulder rig. Does it get any more 80s? Methinks not.

Miami Vice had some really classic guns, thanks to the detail-oriented mind of the show’s creator, Michael Mann. One of the lesser-known guns featured was the Detonics Combat Master that Crockett carried as a backup gun, usually in an ankle rig. The brainchild of Pat Yates, the Combat Master was impossibly small by the standards of the day. These guns were ahead of their time, paving the way for sub-compact 1911s. Only 17,000 were reportedly built. I can only recall Crockett shooting one guy with the Detonics, but it was such a unique gun that we had to include it on the list.

Simon and Simon came on after Magnum on Thursday nights, which meant it was on past my bedtime—indeed, the theme song was my cue to hit the sack. I caught plenty of reruns in later years, though. This show was sort of The Odd Couple with guns, where two brothers worked as private detectives in San Diego. A.J. was a polo-wearing pretty boy but Rick was a Southern California version of a redneck. Rick drove a badass Dodge Power Wagon and carried the mighty S&W Model 29 chambered in Dirty Harry’s .44 Magnum.  The Model 29, which needs little introduction, was inspired by hot-rodding handgunner Elmer Keith and was the most powerful handgun of its day. Rick carried him in, what else, a shoulder holster and wasn’t afraid to stick it in someone’s face, and that’s why this gem of a wheelgun is No. 3.

Magnum, p.i. was unquestionably the greatest television show of all time, and that fact is not up for debate. The hero of Donald Bellisario’s masterpiece carries one of the classic firearms of all time, the Colt 1911. Magnum’s sidearm was a commercial model Colt, and any serious fan of the show will know that his blank-firing pistol was chambered in 9mm rather than .45 due to the wider availability of 9mm blanks. A .45 was used for close-up shots of the muzzle. Though Magnum uses the gun on countless bad guys, its most memorable use comes when he kills Ivan the Russian Colonel in cold blood at the conclusion of Did You See The Sunrise, Part 2. The suits at CBS didn’t want the show to end that way but Tom Selleck threatened to walk off the set if Ivan didn’t die. Strong move, sir.

The Bren Ten was the Delorean of handguns. It was iconic, it was unique and it was honestly kind of a POS. The Bren Ten was devised by none other than Jeff Cooper and was produced by the ill-fated partnership of Dixon and Dornaus. The fundamental design was an adaptation of the CZ-75 but it was chambered in 10mm. The actual guns used in the series were hand-built for the show and chambered in .45ACP since no one made 10mm blanks. Roughly 1,500 guns were built between 1983 and 1986. Today they command big prices. Crockett used his Bren Ten to smoke a pile of bad guys and looked cool doing it. He carried the gun for the first two seasons of the series but when Dixon and Dornaus went tits-up in 1986, Crockett traded his Bren Ten for an S&W Model 645. Nonetheless, it remains one of the coolest handguns ever to grace the small screen and for that reason, it’s my No. 1 80’s TV handgun.