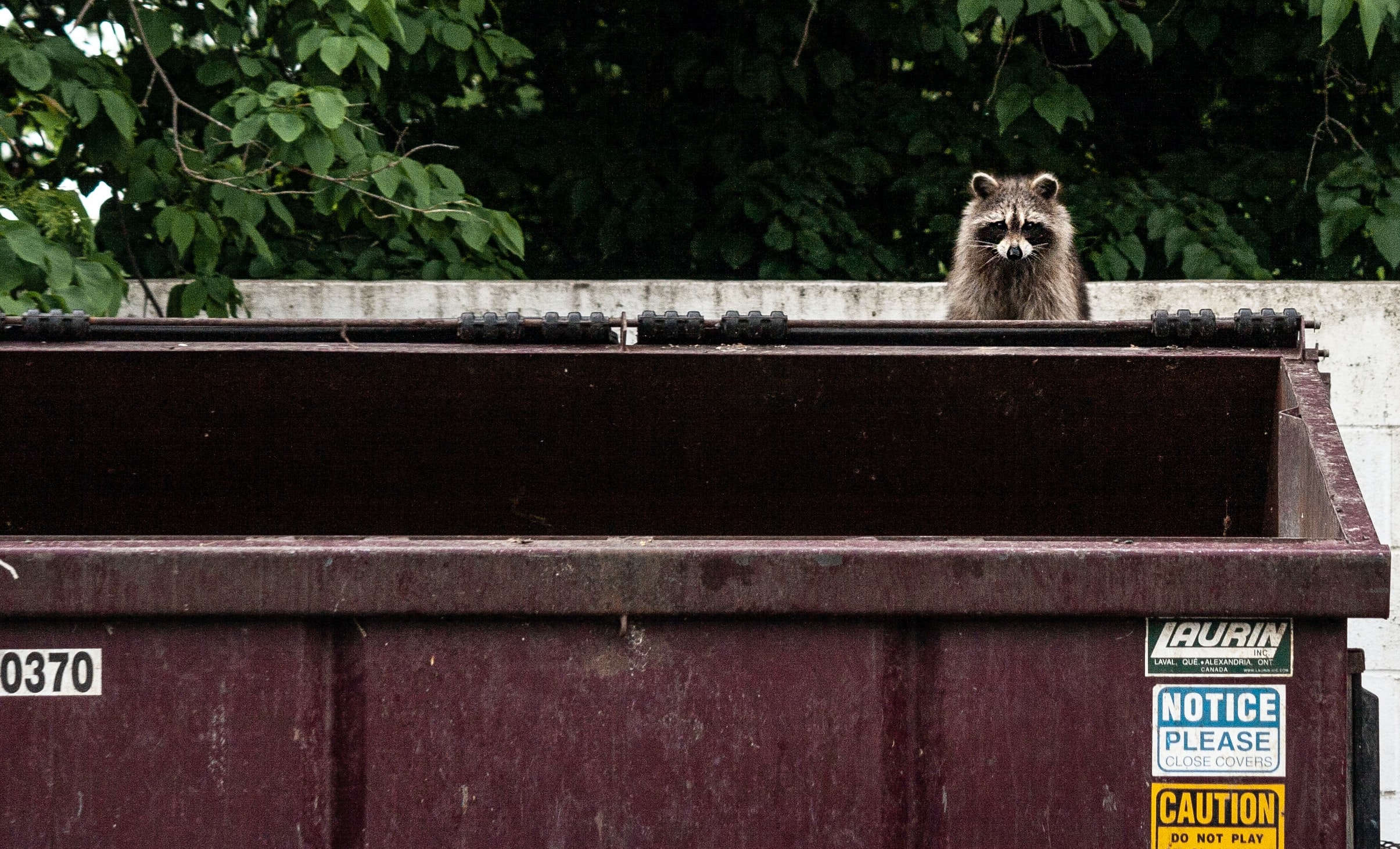 I was cruising through the suburbs with the windows rolled down and the music turned up. As I drove past the playground, I wondered why the jungle gym and baseball field were unusually empty.

Then I saw it.

Between the pitcher’s mound and second base ambled a mangy critter that looked unwell.

I pulled into the parking lot for a closer look. It was a raccoon that looked more like a zombie. It was exhibiting symptoms of the rabies virus. Rabid animals usually don’t actually foam at the mouth and go on violent rampages, but there were still obvious safety concerns considering the sick animal’s close proximity to the nearby daycare center. The suffering animal needed killin’.

Realizing that the state fish and wildlife agency had a hotline to report human-animal conflict, I called to see if they could help. I informed the operator that I was a recent wildlife management graduate from a local university and had previously volunteered on several research projects with their agency. She fetched a biologist from down the hall to confirm my veterinary assessment.

Fur was falling off the malnourished coon as it stumbled around in a creepy daze. Clearly in pain, the normally nocturnal raccoon was blinded by daylight. It hissed as its tongue dangled from its slacked jaw. The biologist confirmed my rabies diagnosis and then asked me a surprising question.

“Do you have the means to dispatch it?”

“Do you have access to a firearm that you can subdue the animal with?”

“Uh yeah… I have a .45 in the truck, but I’m in a nice neighborhood just a few miles from downtown, not out in the sticks. I’m worried about getting a gun out on a playground with a school full of kids right here. I will get arrested or shot if I use a firearm to dispatch this thing.”

Basically the nerd called me a disgrace to the male race.

“Well, do you want a little kid to get bitten and infected with rabies?” he said. We can’t get a conservation officer there for a few hours. I’ll let the local police department know that any reports of gunfire in the area are from someone taking care of a problem animal.”

I consulted the daycare center before taking any additional action. I expected the teacher lady to be terrified of my proposition of vigilante justice. I assumed she would decline my offer to go full John Wayne on the perp that was ruining playtime. Instead, she said that my help would be much appreciated. She grabbed some trash bags and told me to toss the dead critter in the dumpster when the job was done.

It was time to save these kids from the rabid mutant that had hijacked their recess! Indeed, freedom and fun would soon return to this playground from the smoking barrel of my 1911.

The decaying trash panda had by now stumbled into right field. As I aimed point blank at the back of its head, that rabid little asshole bared its teeth and snarled at me, causing me to flinch as I pulled the trigger. The bullet shattered its spine, paralyzing it. My next shot hit the foul creature’s rotten brain.

Immediately, a few folks moved onto neighboring lawns and porches, clearly alarmed by the sound of gunfire. Worried that my actions would be misconstrued, I feared I was about to be on the receiving end of more severe vigilante justice if I didn’t explain myself.

I dropped the gun, put my hands up, and yelled out:

“I just shot a raccoon! It had rabies! The cops told me to do it! It’s all good! Sorry for the disturbance! Everyone is safe! I’m not a psycho!”

I tossed the trash bag in the dumpster, locked the gun in my truck, and let the teacher lady know the coast was clear.

Cheerful kids spilled out onto the playground and baseball field as I drove away, laughing out loud and thinking to myself, “I can’t believe that just fuckin’ happened.”

That wasn’t my first experience dispatching a pesky varmint, though. In college, I neutralized a nuisance possum in my backyard with a bow and arrow during the pregame for a formal date party while a hot flock of SEC sorority girls looked on with a mixture of disgust and lust. Perhaps a story for another time … .